Greeks fear megafires could be new normal for Med 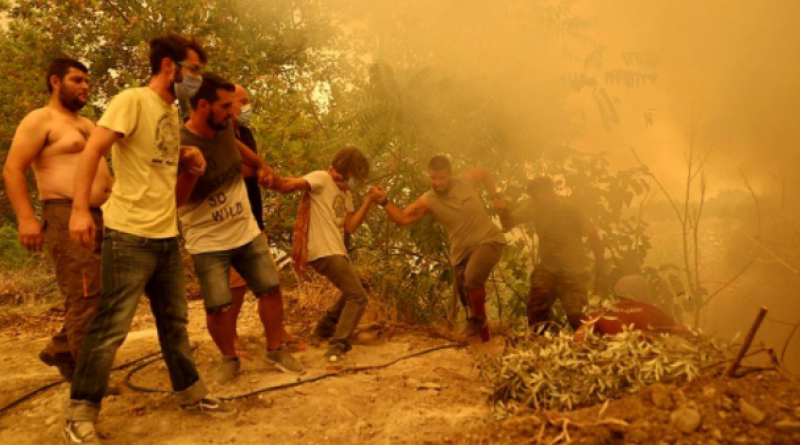 World leaders at the COP26 summit in Glasgow are under pressure to respond to global warming, and intense heatwaves and frequent forest fires are becoming an increasing threat around the Mediterranean.

This summer alone Greece was hit by thousands of wildfires, fanned by its worst heatwave in decades. Turkey, Italy and Spain all witnessed dramatic fires in recent months and the fire on the Greek island of Evia was the biggest in Greece since records began.

What happened on Evia was a megafire, an intense conflagration, which took almost two weeks to bring under control.

With more heatwaves forecast for future summers, there are fears that megafires could become the new normal.

"We never expected this," says Nikos Dimitrakis, a farmer who was born and raised in northern Evia. "We thought a part might burn, as in previous fires. But now the entire area was burned."

‘Nothing left to burn’: wildfires and floods could turn the tide on Turkey’s climate policy