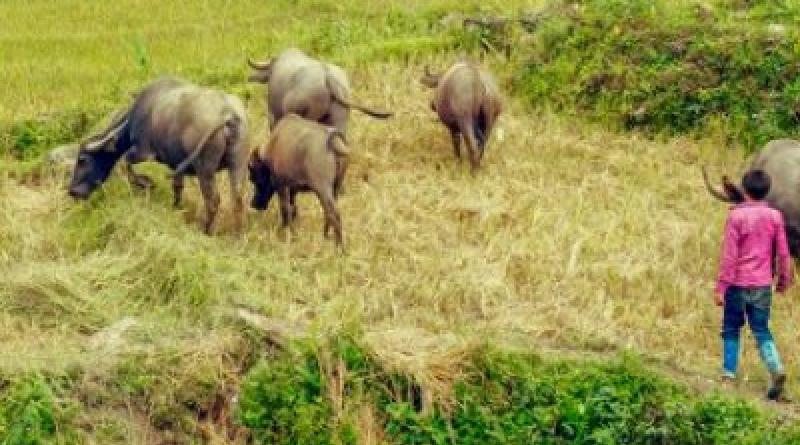 Green Climate Fund approves US$30.2 million towards climate-resilient development in Viet Nam
UNDP-supported project to increase water security and enhance livelihoods for half a million smallholder farmers impacted by the climate crisis

11 March 2020, Geneva, Switzerland – At its 25th Board Meeting, the Green Climate Fund approved today US$30.2 million in funding for a new project that will address water insecurity issues and support climate-resilient agriculture for vulnerable smallholder farmers in the Central Highlands and South-Central Coast regions of Viet Nam.

Led by the Ministry of Agriculture and Rural Development and supported by the United Nations Development Programme (UNDP) the new six-year initiative will directly benefit more than 222,400 people in the provinces of Dak Lak, Dak, Nong, Binh Thuan, Ninh Thuan and Khanh Hoa – around 10% of the population of the target provinces – with modernized irrigation systems, improved water security and livelihood options, increased knowledge of climate risks and resilient agricultural techniques, and access to localised climate advisories and market information.

More than 335,000 people are expected to indirectly benefit from improved institutional capacities through training and technical assistance, enhanced access to climate risk information, and widespread dissemination of best practices in climate-resilient agriculture.

“The project is part of an innovative, integrated approach to building resilience, envisioned by the Government of Viet Nam and co-developed with UNDP and the Asian Development Bank (ADB). The grant complements and leverages ADB investment in modernized irrigation systems in drought-affected provinces, ensuring the benefits extend to the poorest and most vulnerable, particularly ethnic minority and women farmers,” said Caitlin Wiesen, UNDP Resident Representative in Viet Nam.

It also complements the Government of Viet Nam’s efforts to improve the resilience of vulnerable coastal communities under a UNDP-supported, GCF-financed coastal resilience project, which is building new flood resistant houses and regenerating coastal mangroves to protect vulnerable communities whose lives and livelihoods are being impacted by the climate crisis.

“Viet Nam is facing the severe effects of climate change,” said Mr. Ha Cong Tuan, Standing Deputy Minister of the Ministry of Agriculture and Rural Development. “This transformative project, financed with the support of the Green Climate Fund and the UN Development Programme, will effectively help our smallholder farmers - particularly ethnic minority and women farmers - in the most vulnerable provinces of Central Vietnam to adapt to increasing rainfall variability and drought caused by climate change."

With significant economic growth over recent decades, Viet Nam is widely, and rightly,  considered a development success story. However, poverty persists in some communities particularly among ethnic minorities.

The Central Highlands and South-Central Coast are expected to experience wetter wet seasons and drier dry seasons with an increased risk of severe droughts. Accordingly, farmers face reduced crop productivity, which in turn is impacting food security and incomes.

Small-scale farmers with plots of less than one hectare and who are dependent on one or two rain-fed crops a year, face an uphill battle.

As well as investing in climate-resilient infrastructure – supporting smallholder farmers to connect to the irrigation systems financed by ADB  – the project places an emphasis on community-driven adaptation. Under the project, ‘Farmer Field Schools’ will provide training in climate-resilient farming practices, including in using climate information, water efficiency, and crop choices and scheduling. Poor farmers will also receive training in small business planning, including assistance in accessing credit and linking to markets. Local water user groups will manage water supply while partnerships among value-chain stakeholders will help ensure access to markets and credit.

It also supports the ambition of the country’s Nationally Determined Contribution under the Paris Agreement.

UNDP was one of the first organisations accredited by the Green Climate Fund in 2015. With the approval of the project in Viet Nam – along with a recently approved project in Zimbabwe – UNDP has supported 24 countries in accessing over US$800 million in GCF finance since the fund’s inception.

‘We must switch to renewable energy for the environment, rural jobs and agriculture’.