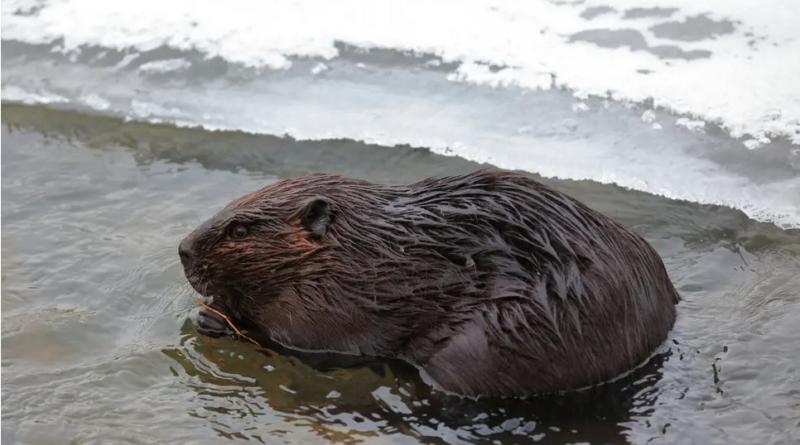 While the return of beavers in the UK has been a major success story in recent years, on the other side of the Atlantic there are concerns that growing numbers of beavers heading north could threaten Arcticecosystems.

A new report by the US National Oceanic and Atmospheric Administration (NOAA) provides new detail on how the North American beaver has expanded its range and is now colonising areas north of the Arctic circle.

Scientists are using satellite imagery to plot the beavers’ march into the Arctic, which has surged in a short amount of time, partly due to the climate crisis, and also due to a downturn in beaver hunting by humans.

The satellites have revealed over 12,000 beaver ponds in western Alaska, with most areas seeing a doubling in the last 20 years.

In comparison, analysis of aerial photography of coastal areas of western Alaska from between 1949-55 found no beaver ponds at all.

The animals are recognised as a "keystone species", capable of changing landscapes by creating new ponds and diverting the flow of rivers.

In many temperate environments, this is considered a boon to ecosystems, creating wetlands rich with biodiversity which help slow water courses and reduce flooding.

But in the Arctic, the rapidly proliferating number of ponds created by beaver dams are increase surface water levels, causing permafrost to melt, which in turn is releasing the greenhouse gases methane and carbon dioxide.

The report said that in western Alaska beavers are the dominant factor in almost two thirds (66 per cent) of cases where surface water has increased.

Pond mapping in Canada is now underway and scientists are aiming to investigate the beavers’ impact on the local environment as well as the Indigenous people who live there.

Dr Helen Wheeler, a senior lecturer in zoology at Anglia Ruskin University, one of the authors of the report, said: “The true impact of the spread of beavers into the Arctic on the environment and the Indigenous communities who live there, is not yet fully known.

"However, we do know that people are concerned about the impact beaver dams are having on water quality, the numbers of fish downstream of the dams, and access for their boats.

“The abundance of vegetation, particularly trees and woody shrubs, appears to help beavers to thrive in previously inhospitable terrain, and we are also finding beaver lodges at ever higher elevations, including above the treeline."

She added: “Whether their expansion northwards is entirely due to climate change or increased populations following historical reductions in the trapping of beavers for fur and food, or a combination of the two, is not entirely clear, but we do know that beavers are having a significant impact on the ecosystems they are colonising.”