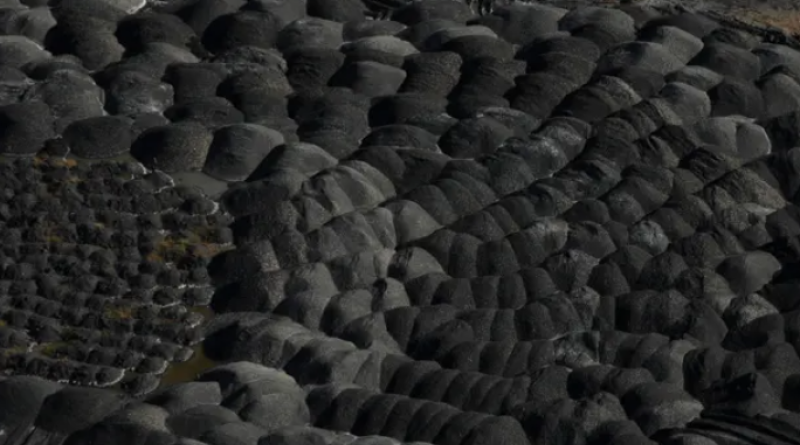 Any new coalmines in Australia’s Galilee Basin, including Adani’s Carmichael mine, will not be economically viable in the long run under even the most generous assumptions about the future of the fossil fuel, according to an analysis by German academics.

The study, developed in conjunction with Australian experts, found it was “highly implausible” that mines in the central Queensland basin could run profitably and there was a high chance they would end up as stranded assets.

It suggested the decision to develop the highly controversial Adani mine, which recently started operation at significantly reduced scale after years of protests and delays, made little sense and was “apparently rather a political decision, not an economically driven one”.

The authors said the broader lesson for the Australian government was that coal export projects were “everything else but a safe bet” and there was still a chance to reduce fossil fuel dependency while the sector was generating income that could be used to help support “just transition efforts”.

“A decline in coal production will inevitably be associated with a reduction in jobs in Australia, but the right measures early on can help to smooth the transition for affected workers and communities,” the paper said.

The study used an established model of the global thermal coal industry and was published shortly before the election. The future of fossil fuels is expected to be an area of increased focus in the new parliament.

Labor has acknowledged fossil fuel use will shrink as the world moves to cleaner energy sources and promised steps to reduce industrial emissions, but said decisions on investments were up to the companies involved. The Greens, which will have the balance of power in the Senate, want a ban on new coal and gas developments.

Christian Hauenstein, the study’s lead author and a research associate at the University of Flensburg, said the results suggested there was no reason to invest in coal in the Galilee beyond the political argument from supporters that it must go ahead.

More than a dozen coal projects have been proposed for the Galilee Basin, leading to it being described as a potential “carbon bomb”, but to date only the Carmichael mine has been developed.

The paper cited evidence that the Adani mine would receive billions in subsidies through tax breaks and reduced fees for services including water rights, that its coal has relatively low energy content – 17.5% less than the average Australian coalmine – and that operational costs at brownfield sites in the Galilee Basin were likely to be higher than elsewhere.

“Even under the most optimistic assumptions new coalmines in the Galilee Basin are not economically viable in the long run and are prone to becoming stranded assets,” he said. “It has one of the poorest coal qualities for steam [thermal] coal even if we compare it to others in New South Wales or Queensland.”

Adani Australia rejected the paper’s findings. A company spokesperson said it was based on assumptions about the future of the Carmichael mine and the demise of coal that had been “proven to be embarrassingly wrong time and time again”.

“The facts are the Carmichael mine has been built and production rates are ramping up in readiness for the end of testing and commissioning to move into full operation at a time of record coal prices,” the spokesperson said. “The world will need both thermal and particularly coal-fired energy to provide an affordable, reliable baseload for decades to come as we bring more renewables into the mix.”

The paper said there would be no long-term demand for additional coal developments given the increasingly ambitious climate policies in Australia’s traditional coal export markets in Asia. Japan, South Korea and Taiwan had commitments to significantly cut coal use, while China and India would initially cut coal imports more dramatically than domestic supply.

Frank Jotzo, director of the centre for climate and energy at ANU, said the decline in Australian and other coal export markets would be sharper than in domestic markets as major emerging economies increasingly relied on their own resources. He said China was spending on both renewable energy and transport infrastructure to move coal internally, while India was heavily backing solar.

The paper said while coal continued to be a major energy source in many Asian countries, it was under increased pressure due to cheaper alternatives and climate targets, and coal fleets were increasingly running well below capacity.

“The decline [in demand for coal exports] will come fast and we can be quite confident about that because we know the investments being made in the electricity sector and they are predominantly in renewable energy,” Jotzo said.

​​Tom Arup, climate lead at the Centre for Policy Development, said Australia’s economic success largely depended on its ability to meet global demand, and that would increasingly be in renewable energy-based industries such as green hydrogen, green steel and critical minerals.

“This research again reinforces that we can either get on the front foot and secure a more orderly path to a low-carbon economy or choose not to prepare for this predictable shift and have events dictated to us,” he said.

He said there was substantial evidence that regions that were home to fossil fuel industries were well-positioned to host new clean industries if supported by the right policies. “This will take a concerted and sustained effort from government, industry, investors and community leaders,” he said.