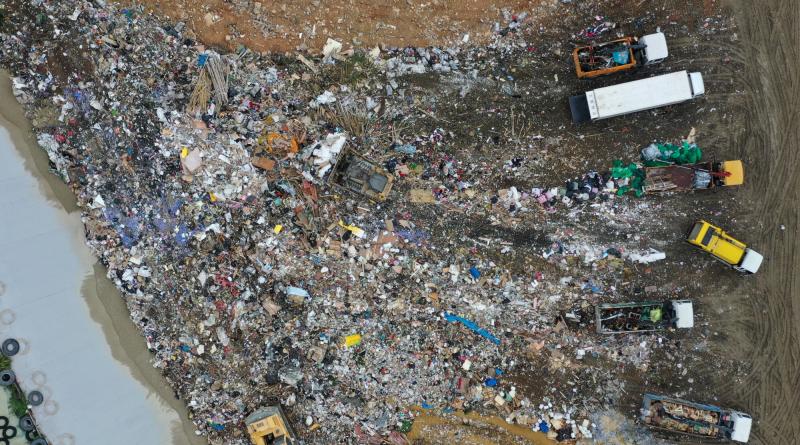 Hong Kong can increase its use of renewable energy while working towards achieving its climate goals by 2050, environment minister Wong Kam-sing has said, but he is not ready to fix hard targets.

“It is still too early to talk numbers,” he told the Post.

Instead, Wong pledged to carry out a host of environmentally friendly measures introduced since last November, when Chief Executive Carrie Lam Cheng Yuet-ngor set 2050 as the deadline for Hong Kong to be carbon neutral.

“Decarbonisation is closely linked to all the efforts we are currently working on, such as our energy source and power saving, transportation and transition to electric vehicles and waste reduction,” he said. “These three areas contribute more than 90 per cent of Hong Kong’s carbon emissions.”

Stressing that all Hongkongers had a part to play too, the minister said he hoped to persuade lawmakers to pass a bill to allow authorities to charge residents HK$1.10 (14 US cents) for the collection of each 10-litre trash bag approved by the government.

Energy generation alone contributes up to 65 per cent of the city’s annual carbon emissions.

Only about 1 per cent of the fuel mix is currently made up of non-emitting renewable energy. A 2017 Climate Action Plan said Hong Kong could generate 3-4 per cent of its power from renewables by 2030, but research from Polytechnic University indicated the proportion could be as much as 10 per cent.

Wong said the city had the potential to go beyond the previous 4 per cent estimate, but he declined to give a concrete figure.

Hong Kong is expected to update its Climate Action Plan later this year. Wong said the Environment Bureau would use suggestions by the Council for Sustainable Development in a report released late last year as a basis for updating the blueprint.

The report’s suggestions include further studying the safe use of nuclear energy, fostering sustainable architecture and moving towards low-carbon transport systems such as electric vehicles.

Wong suggested these plants had the potential to be upgraded to run on hydrogen, a renewable energy source, in the future at a low cost.

While coal accounted for half of Hong Kong’s power source in 2015, the proportion is now half that, with gas making up 50 per cent and nuclear power imported from mainland China making up the remainder.

The government does not have additional targets for reducing the use of fossil fuels, such as coal and natural gas, and has only indicated gas would make up a larger portion of the fuel mix by 2030 while phasing out coal.

Wong did not address the feasibility of building offshore wind farms except to say his department and the Water Supplies Department would expand a pilot scheme for floating solar panels in reservoirs.

Panels installed in Shek Pik and Plover Cove can already generate enough electricity to power 36 average households for a year.

Jeffrey Hung Oi-shing, chief executive of green NGO Friends of the Earth-HK, said it was not enough for Hong Kong to talk about the potential for renewable energy without setting concrete targets.

“There is infinite potential for renewable energy in Hong Kong. The technology is there, it’s whether the government is willing to do it,” he said.

Concerned that time was running out, he said: “In 2018, scientists said we only have 12 years to reverse climate change. Now it’s nine years.”

Hung said Hong Kong should look to South Korea as an example. The country has pledged to be carbon neutral by 2050 and source more than 20 per cent of its power from renewables by 2030. It also plans to build the world’s largest floating wind farm with the potential to generate up to 8.2 gigawatts of electricity, enough to power more than 21,000 average Hong Kong households a month.

Hong Kong could also increase regional cooperation with the Greater Bay Area to tap the rich solar and wind potential in Guangdong province.

In the interview, Wong defended Hong Kong’s plan to stop sending trash to landfills by 2035 by developing waste-to-energy facilities that could tackle the massive food waste problem by incinerating leftovers to generate renewable energy.

Data showed that each person in Hong Kong generated 1.49kg of trash a day in 2019, with the recycling rate hovering at around 30 per cent.

The latest waste blueprint announced in February set the goal of reducing trash by 40-45 per cent per capita and achieving a recycling rate of 55 per cent.

Environmentalists greeted that goal with scepticism, pointing out the city failed to meet an earlier target to bring down the amount of trash generated from 2011’s level of 1.27kg per person per day. In fact, it went up.

But Wong said if the city recycled half its food waste, the recycling rate would go up to about 45 per cent.

The minister said previous blueprint targets went unmet in part because the city had not been able to pass a long-delayed municipal solid waste charging scheme, under which residents would pay HK$1.1 for each 10-litre trash bag.

“Having this policy first means everything else is halfway to success. Without it, other measures become more difficult to implement,” he said, adding he hoped to convince legislators to push the bill through within this legislative term.

Wong also hoped Hongkongers would think about ways to help cut waste themselves.

“If everyone thinks we can do better, each person, each company, every department of the government can do something,” he said.

Some green groups have criticised the city’s plan to build more incinerators to achieve the zero-landfill goal.

But Hahn Chu Hon-keung, director of environmental advocacy group The Green Earth, said the city did not have enough agriculture to use processed food waste as fertiliser and no substantial export market for food waste existed.

“To an extent, we will have to rely on incineration,” he said.

But Hahn pointed out other ways to reduce food waste without relying entirely on incineration, such as having supermarkets working with social enterprises give leftover food to the needy, or separating dry and wet waste to prevent cross-contamination and increase the value of recyclables.

Waste reduction would be successful only if the government also worked towards encouraging residents to cut down their consumption of goods in general, he argued.

“Recycling needs to consider ways to prevent things from becoming waste in the first place,” he said.