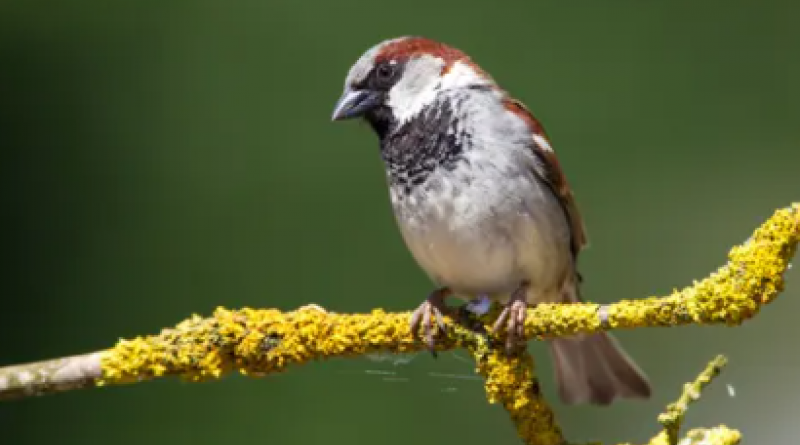 There are 247m million fewer house sparrows in Europe than there were in 1980, and other once ubiquitous bird species have suffered huge declines, according to a new study.

One of every six birds – a net loss of 600 million breeding birds in total – have disappeared over less than four decades. Among the common species that are vanishing from the skies are yellow wagtails (97m fewer), starlings (75m fewer) and skylarks (68m fewer).

The study by scientists from the RSPB, BirdLife International and the Czech Society for Ornithology analysed data for 378 of 445 bird species native to countries in the EU and UK, finding that the overall abundance of breeding birds declined by between 17% and 19% between 1980 and 2017.

The total and proportional declines in bird numbers are particularly high among species associated with farmland.

The house sparrow has been hardest hit, losing half its population, while its close relative, the tree sparrow, has seen a fall of 30 million birds. Both species have declined because of changing farming practices, but house sparrows have also vanished from many cities for reasons that have not yet been established but are likely to include shortages of food, diseases such as avian malaria, and air pollution.

While agricultural intensification causing habitat loss and chemical farming triggering big declines in insects that feed many birds is a cause of many population falls, long-distance migrants, such as willow warbler and yellow wagtail, have declined proportionally more than other groups. Shorebirds such as lapwings and dotterels have also slumped.

“Our study is a wake-up call to the very real threat of extinctions and of a Silent Spring,” said Fiona Burns, lead author of the study and a senior conservation scientist for the RSPB.

Burns said next year’s meeting of the UN convention on biological diversity was crucial to creating a strong framework for preventing extinctions and recovering the lost abundance of many species.

She added: “We need transformative action across society to tackle the nature and climate crises together. That means increasing the scale and ambition of nature-friendly farming, species protection, sustainable forestry and fisheries, and rapidly expanding the protected area network.”

Numbers of 11 species of birds of prey have more than doubled since 1980, including peregrine falcon, marsh harrier, buzzard, white-tailed eagle and golden eagle, although such species are relatively rare and so their populations are still mostly small.

Scientists say these raptors have benefited from increased protection and reductions in harmful pesticides and persecution, as well as specific species restoration projects. The EU’s Birds Directive and Habitats Directive have also provided legal protection to priority species and habitats that have been found to benefit bird species.

While rates of decline in many species have slowed in the last decade, the declines are not just a hangover from the damaging practices of previous decades, and the study supports previous research that reveals substantial recent losses in biodiversity.

The scale of losses and types of bird disappearing are comparable with declines in North America, where 3bn birds were found to have disappeared since 1970.

Anna Staneva, interim head of conservation at BirdLife Europe, said: “This report loudly and clearly shows that nature is sounding the alarm. While protecting birds that are already rare or endangered has resulted in some successful recoveries, this doesn’t seem to be enough to sustain the populations of abundant species.

“Common birds are becoming less and less common, largely because the spaces they depend on are being wiped out by humans. Nature has been eradicated from our farmland, sea and cities. Governments across all of Europe must establish legally binding targets for nature restoration. Otherwise the consequences will be severe, including for our own species.”