Humanity can’t equivocate any longer. This is a climate emergency 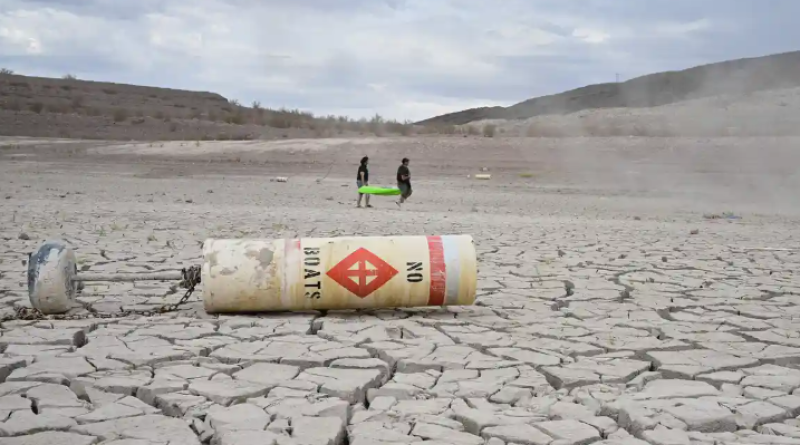 We are declaring a climate emergency. Everyone can, in whatever place on Earth they call home. No one needs to wait for politicians any more – we have been waiting for them for decades. What history shows us is that when people lead, governments follow. Our power resides in what we are witnessing. We cannot deny that Great Salt Lake is vanishing before our eyes into a sun-cracked playa of salt and toxic chemicals. Nor can we deny that Lake Mead is reduced to a puddle. In New Mexico a wildfire that began in early April is still burning in late July. Last August, the eye of Hurricane Ida split in two – there was no calm – only 190mph winds ripping towns in the bayous of Louisiana to shreds; and 7m acres in the American west burned in 2021. The future the scientists warned us about is where we live now.

The climate emergency has been declared over and over by Nature and by human suffering and upheaval in response to its catastrophes. The 2,000 individuals who recently died of heat in Portugal and Spain are not here to bear witness, but many of the residents of Jacobabad in Pakistan, where Amnesty International declared the temperatures “unlivable for humans”, are. The heat-warped rails of the British train system, the buckled roads, cry out that this is unprecedented. The estimated billion sea creatures who died on the Pacific north-west’s coast from last summer’s heatwave announced a climate emergency. The heat-devastated populations of southern Asia, the current grain crop failures in China, India, across Europe and the American midwest, the starving in the Horn of Africa because of climate-caused drought, the bleached and dying coral reefs of Australia, the rivers of meltwater gushing from the Greenland ice sheet, the melting permafrost of Siberia and Alaska: all bear witness that this is a climate emergency. So do we. Yet the anxiety we feel, the grief that is ours, pales in comparison to the ferocity of our resolve.

We can choose to live differently and build wiser and more just ways to produce, consume and travel. Our hope lies in our collective actions. A climate emergency means that it’s time for business as usual to halt, for our priorities to shift and to recognize our responsibility to those on the frontlines of the climate crisis. This emergency, which did not begin suddenly and will not end in our lifetimes, nevertheless needs our urgent response. This means doing all we can to stabilize the health of the planet and speed the transition away from fossil fuels. Now. Between the scientists and engineers, philosophers and poets, Indigenous leaders, climate activists and engaged youth, we know what to do and how to do it. We have a multiplicity of tools, we have a kaleidoscopic vision where each of us can offer up the gifts that are ours, and most importantly, we have the spiritual will to change the course of our destiny on fire.

The future needs us. We need each other. At a time when the majority of Americans want to see serious climate action, too many politicians have failed us and undermined those who are trying. We ourselves must respond for those who will be born next week and next decade and next century, who need a planet alive and flourishing in all its exquisite diversity of land and creatures and humans. We have no right to rob them or the young people staring at a chaotic future now of their birthright. We do not represent them, but we can represent ourselves, as people in solidarity with all life. In that spirit, we join those around the world who have already declared a climate emergency, and we invite everyone to join us.