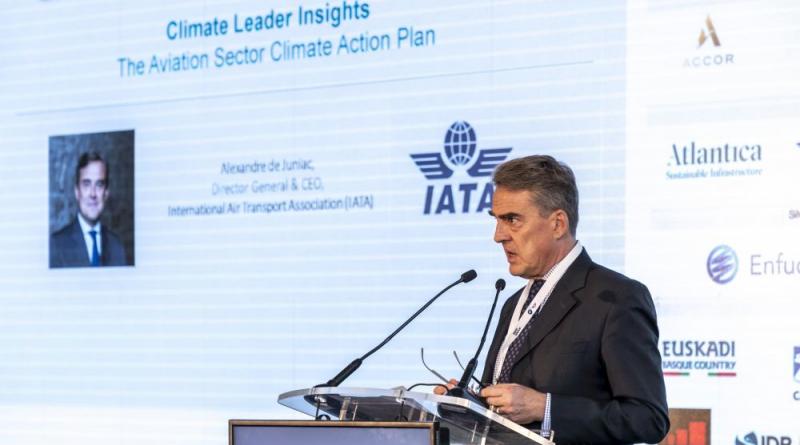 The International Air Transport Association (IATA) has highlighted the opportunity for the aviation industry in Europe’s green deal.

At the Sustainable Innovation Forum 2019, organised by Climate Action during COP25, IATA asked the European Union to support aviation's energy transition to sustainable aviation fuels (SAF) as part of the bloc's Green Deal, being launched tomorrow.

"Aviation has high hopes for the European Commission's Green Deal. We want to be part of Europe's building of a new energy economy and we will do everything we can to make sustainable aviation fuels a priority for aviation in Europe and around the world," said Alexandre de Juniac, IATA's Director General and CEO, at the Sustainable Innovation Forum.

IATA represents 290 airlines comprising 82% of global air traffic. For over 70 years, they have developed global commercial standards upon which the air transport industry is built, with the aim to assist airlines by simplifying processes and increasing passenger convenience while reducing costs and improving efficiency.

As a critical component of aviation's long-term efforts to cut its emissions to half 2005 levels by 2050, traditional energy suppliers must also prioritize investment in SAF.

Alexandre de Juniac added: "The major oil companies have the expertise, the distribution networks and – importantly – the financial power to make a real difference. I call on them to make this an absolute priority, helping to underpin global connectivity for future generations by making sustainable aviation fuels a commercial reality.”

This follows, IATA publishing information confirming that carbon emissions per passenger have declined by more than 50% since 1990. Much of the improvement has occurred because the industry has achieved an annual fuel efficiency improvement of 2.3% over the period since 2009, some 0.8 percentage points ahead of target.

Air travel growth suggests ‘sustainable’ and ‘development’ are not compatible.

Are solar-powered airships the future of cargo delivery?