The important role of women in El Salvador’s geothermal industry. 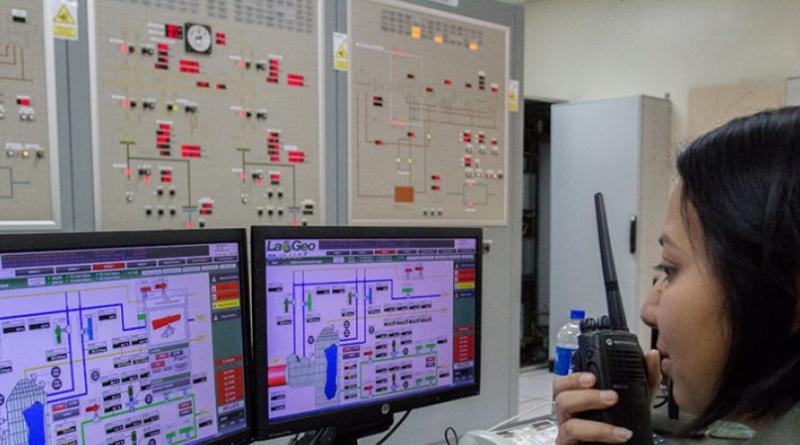 With 30% of the staff at national geothermal company LaGeo being women, females play a crucial role in El Salvador's current geothermal operations and further development, so a blog post by the World Bank earlier this year.

In a blog post earlier this year, the World Bank highlighted the important role of women in El Salvador’s geothermal industry.

When Gladys, Doris, Karen and Rossy get ready to go to work in El Salvador every morning they help to close a gap . All four are employed in the energy sector, an area where women have traditionally been underrepresented. And they work in geothermal energy, an abundant source of energy in their country and that, like the rest of renewable energies, has the potential to generate profound transformations in our societies. Because renewables not only have a favorable impact on climate change, alleviate dependence on fossil fuels, create jobs or reduce poverty, but they are an important agent for inclusion and equality.

Renewable energy is a precious opportunity that women are knowing how to take advantage of . According to the International Renewable Energy Agency (IRENA), while in the fossil energy sector the percentage of working women is 22%, in the area of ??renewables it reaches 32%.

El Salvador is one of the top ten producers of geothermal electricity worldwide and exemplifies this reality. A report by the US international development agency USAID publishes that LaGeo, a Salvadoran state company that generates almost a quarter of the total energy produced in the country, has a 30% female labor representation . By integrating a gender dimension into its activities, this company has managed, in four years, to increase the participation of working women in its plants and offices by 5%.

But the potential of geothermal energy in terms of gender is not exhausted in the working conditions of its workers. At the World Bank, we are well aware that considering gender has a fundamental impact on the lives of women in communities near geothermal fields, and ignoring it may undermine a project’s own efficiency, effectiveness and sustainability.

For example, in the development phase of some geothermal fields, the purchase of land, the relocation of people or the payment of compensation could affect women, depriving them of a place to live, removing them from a safe and known environment or materially dispossessing them if they lack property titles. Altering watercourses can force them to walk longer distances to satisfy their daily consumption and, perhaps, expose them to dangers or situations of violence on the move. Taking into account circumstances of this type minimizes risks for an already vulnerable population, and enables inequities to be corrected.

The subsequent phases of construction or exploitation of a geothermal field make it possible to create local employment by empowering women to meet new labor needs, or may attract trained professionals who contribute their knowledge and favor the creation of roles to be followed for other women. Likewise, facilitating access to the energy produced for women can help them free up time to spend on other tasks that bring them new economic income, their own training, family or leisure.

The World Bank prepares a financing operation to  support projects developed by LaGeo to increase geothermal capacity in El Salvador, with an approach that seeks to support and expand the current inclusive strategies of LaGeo in order to reduce disparities between men and women. At the existing geothermal plants in Berlin and Ahuachapán, this company trains and hires more than 50 women from local communities for the annual maintenance of the generating plants.

Through FundaGeo, the foundation that channels its social investment efforts, it works in areas of health, education and the environment that demonstrate a gender perspective or promote capacities that generate economic income using resources derived from geothermal energy, which has benefited , in 2019 alone, more than 300 women.

The new geothermal fields of San Vicente and Chinameca planned in the center and east of the country advance this idea of ??creating job and economic opportunities for nearby communities, with a special focus on women.

LaGeo has also joined the Women in Geothermal (WING) organization , which promotes education, professional development and advancement of women in the geothermal community. This is a boost to the gender perspective in renewable energies and opens new fields of action, such as the Wingman workshop that was held in San Salvador in December 2019 to involve men in an effective inclusion of their female colleagues.

These are all steps forward that are turning El Salvador into a leading country in inclusive geothermal development. The women know this and they are not going to miss the opportunity because, in El Salvador, they have (geothermal) energy for a while.