Increasing heat waves affect up to half a billion people 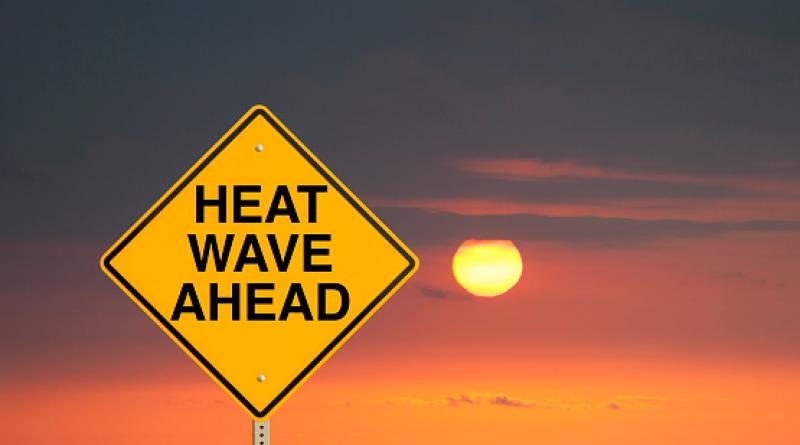 Climate change is a reality and extremely high temperatures have been reported by India and Pakistan in the spring. In a new scientific journal article, researchers from the University of Gothenburg, amongst others, paint a gloomy picture for the rest of the century. Heat waves are expected to increase, affecting up to half a billion people every year. In turn, they can lead to food shortages, deaths and refugee flows when the heat reaches levels that exceed what humans can tolerate. But this does not have to happen if measures are put in place to reach the Paris Agreement targets, the researchers say.

In India and Pakistan, heat waves with temperatures above 40 degrees in the shade are a directly life-threatening form of extreme weather. In a new article in the journal Earth's Future, researchers have outlined different scenarios for the consequences of heat waves in South Asia to the year 2100.

"We established a link between extreme heat and population. In the best scenario, we succeeded in meeting the targets in the Paris Agreement, which added roughly two heat waves per year, exposing about 200 million people to the heat waves. But if countries continue to contribute to the greenhouse effect as they are still doing now, clearing and building on land that is actually helping to lower global temperatures, we believe that there could be as many as five more heat waves per year, with more than half a billion people being exposed to them, by the end of the century," says Deliang Chen, Professor of Physical Meteorology at the University of Gothenburg and one of the authors of the article.

The study identifies the Indo-Gigantic Plains beside the Indus and Ganges rivers as particularly vulnerable. This is a region of high temperatures, and it is densely populated. Deliang Chen points out that the link between heat waves and population works in both directions. The size of the population affects the number of future heat waves. A larger population drives emissions up as consumption and transport increase. Urban planning is also important. If new towns and villages are built in places that are less subject to heat waves, the number of people affected can be reduced.

"We hope that the leaders in the region such as India and Pakistan read our report and think about it. In our calculation model, the range for the number of people who will be exposed to heat waves is large. The actual numbers will depend on the path that these countries choose to take in their urban planning. It is future greenhouse gas and particulate emissions that will determine how many people are actually exposed. We can more than halve the population exposed to intense heat waves if we reduce emissions so that we reach the targets in the Paris Agreement. Both mitigation and adaptation measures can make a huge difference," says Deliang Chen.

Risk of a refugee wave

Heat waves are already causing major problems in India and Pakistan. Farmers have been hit hard when drought and heat has caused their wheat crops to fail, and their crops have moved to higher altitudes to escape the extreme heat. But this move has resulted in large acreages of trees being cleared; trees that have contributed to lowering temperatures.

"With a larger population, land use increases, which in itself can drive up temperatures further. Each heat wave will result in increased mortality and decreased productivity, since few people can work in 45-degree heat. I fear that if nothing is done, it can ultimately lead to a huge wave of migrations."

In the study, a heat wave is defined relatively, where the temperature is at least as high as during the 10 per cent of hottest summer days between 1975 and 2014 in the region. In this study, the authors have also used daytime temperatures above 35 degrees Celsius and nighttime temperatures above 25 degrees Celsius for at least three consecutive days as threshold values to map heat waves. A heat wave lasts around 10 days and unlike in Sweden, for example, there is no significant cooling at night. The temperature is high around the clock. The population is also acclimatised to varying degree to a certain temperature and humidity.

Materials provided by University of Gothenburg. Note: Content may be edited for style and length.

Burning planet: why are the world’s heatwaves getting more intense?