‘It parodies our inaction’: Don’t Look Up, an allegory of the climate crisis, lauded by activists 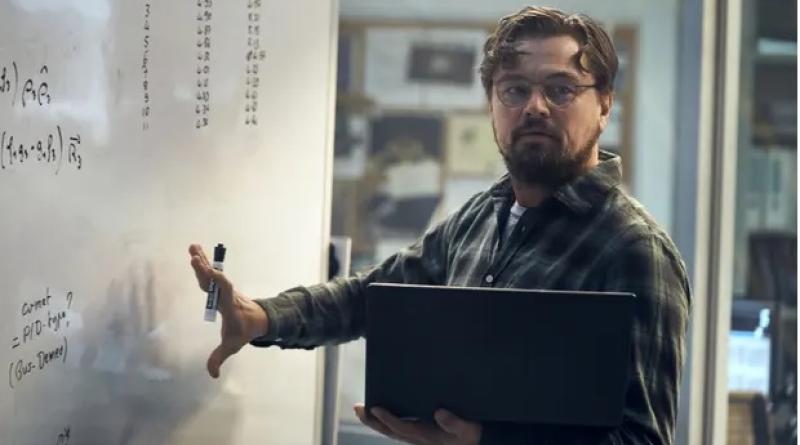 Don’t Look Up, the latest celluloid offering from the writer-director Adam McKay, has become Netflix’s top film globally despite dividing critics and viewers.

The film, a satire in which two scientists played by Leonardo DiCaprio and Jennifer Lawrence attempt to warn an indifferent world about a comet that threatens to destroy the planet, is an intentional allegory of the climate crisis.

Despite a stellar cast also featuring Meryl Streep, Cate Blanchett, Mark Rylance, Jonah Hill and Timothée Chalamet, the movie has received a frosty reception from many film critics, including from this masthead.

But the lukewarm critical reception contrasts sharply with the response from the film’s allegorical heroes: climate scientists and activists.

David Ritter, chief executive of Greenpeace Asia Pacific, says he was struck by the sense of desperation portrayed by the film’s scientists, finding the parallel with the climate crisis “very, very powerful”.

“There are tens or hundreds of thousands of people across the world who are scientists, activists, campaigners … giving their lives to this work,” Ritter said. “The sheer number of people who have asked me … what is wrong with our political leaders that they do not understand?”

Prof Matthew England, co-founder of the Climate Change Research Centre at the University of New South Wales, said Don’t Look Up was a “brilliant film”.

“It parodies our inaction to tackle climate change beautifully well, especially in relation to conservative government and the mainstream media,” England says.

“I loved it and I understand a lot of climate scientists have the same reaction, whereas the mainstream media perhaps is feeling defensive because it is part of what is attacked in the film.”

Daniel Bleakley, a Melbourne-based climate activist, agreed, saying he hoped the “fantastic film” would draw attention to media reporting of the climate crisis.

“If we really want the broad public to start understanding the seriousness and urgency of the climate crisis, we need our media to be communicating it effectively.”

Bleakley said the film articulated a sense among climate activists of having their messages fall on deaf ears over many years.

“I have heard from a number of activists that after watching the film … they’ve felt heard, they’ve felt recognised.

“As activists and as climate scientists who truly understand the gravity and the seriousness and the urgency of the climate crisis – and the fact that every day counts – it’s almost surreal when you walk around in the world and see people going about their daily lives like everything’s completely normal.”

Ritter disagrees with criticism that the film lacks nuance. “When someone says it was really heavy-handed, what were they talking about?,” he asks.

“The use of the scenes of chaos and drama interspersed with the interaction of characters in a more quiet, reflective mode … I thought it was particularly striking and evocative of how one experiences a world that is grappling with the climate crisis.”

“Don’t listen to the reviews,” Ritter added. “Watch the film – make your own mind up.”

The Guardian’s critics have described the film as a “laboured, self-conscious and unrelaxed satire”, and a “toothless comedy” that comes from a “position of lofty superiority that would drive away any partisans who still need to be won over”.

Don’t Look Up currently has a rating of 55% on the review aggregator website Rotten Tomatoes with an audience score of 77%.

Donna Lu  @donnadlu
cover photo: In Don’t Look Up, Leonardo DiCaprio plays a scientist whose warnings about a comet hurtling towards the earth are not taken seriously. Photograph: Niko Tavernise/AP

The pandemic is a warning: we must take care of the earth, our only home