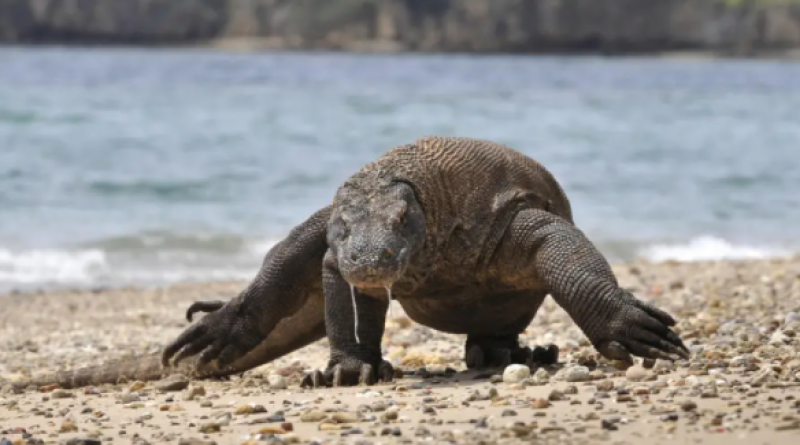 The world’s largest lizard is in danger of extinction as rising water levels are shrinking its natural habitat.

The Komodo dragon, also known as the monitor lizard, has been moved from the International Union for Conservation of Nature (IUCN) vulnerable list to its list of endangered species.

The species’ status change is its first in more than two decades. The first peer-reviewed paper on how global warming would affect the giant lizards concluded last year that “urgent conservation actions are required to avoid risk of extinction”.

The lizard, which is native to Indonesia, particularly the island of Komodo, lives in forests or on the open savannah. Its inability to live on land higher above 700 metres above sea level means that its numbers are at severe risk of being decimated by rising sea levels.

Rising water levels are set to impact 30 per cent of the lizard’s habitat in the next 45 years, according to the IUCN, which announced the species’ endangered status at its world conservation congress in France this week.

While the subpopulation in Komodo National Park is currently stable and well protected, their habitat on the Indonesian island of Flores is believed to have shrunk by more than 40 per cent between 1970 and 2000, the IUCN has warned.

The species, of which there are an estimated 5,700 left, is also under threat because of volcanic activity, earthquakes, poaching, and the hunting of animals that make up their food source.

Dr Andrew Terry, conservation director at the Zoological Society of London (ZSL), said: “Komodo dragons were first introduced to the British public by Sir David Attenborough just 60 years ago, on BBC’s iconic series Zoo Quest for a Dragon with ZSL.

“The idea that these prehistoric animals have moved one step closer to extinction due in part to climate change is terrifying – and a further clarion call for nature to be placed at the heart of all decision making on the eve of the COP26 in Glasgow.”

The reclusive reptile can grow up to 10ft-long (three metres), live for about 30 to 50 years, and reach speeds of up to 12mph.

An average male can weigh up to 200lb (90kg), and a female will weigh up to 160lb (70kg). The heaviest one ever recorded had weighed more than 330lbs (150kg) including the undigested food inside of it.

The animal mainly feeds on fruit bats, pigs, deer, buffalo – including the hooves and bones. Its venomous saliva is able to make the prey’s blood pressure suddenly drop, and also prevent its blood from clotting.

Also at the IUCN congress, it was announed that the seven most commercially fished tuna species were reassessed and that four of them “showed signs of recovery”.

The organisation said that this was down to some countries’ efforts to enforce more sustainable fishing quotas and tackle illegal fishing.

40% of world’s plant species at risk of extinction.