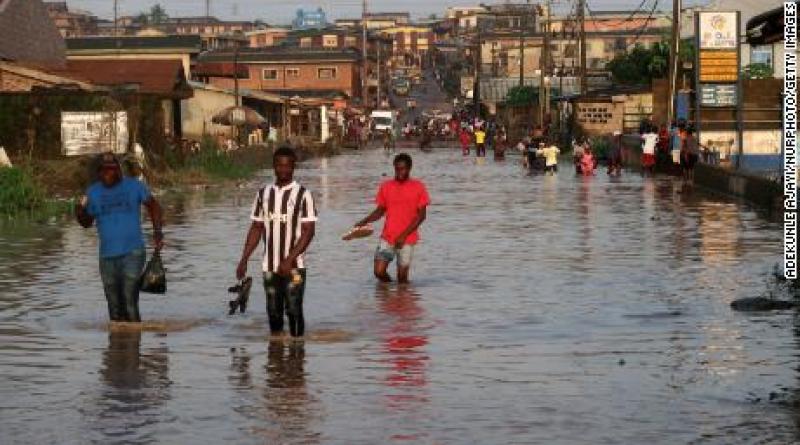 Flooding has displaced 4,000 people in Lagos in July 2021. To reduce the risk of flooding, the Nigerian authorities are considering the installation of a pumping station in this south-western city, with a view to preventing the rise in water levels accentuated by climate change.

In addition to the increasing number of renewable energy and sustainable waste management initiatives in Lagos, rising water levels are still a headache in Nigeria’s economic capital. Faced with the vulnerability to flooding, the Lagos authorities will build a pumping station in the coming months.

According to the local authorities, this installation equipped with a reservoir will allow the population and economic operators to prevent the rise in sea level by pumping large volumes of water in the areas most exposed to heavy rainfall, such as the Makoko slum, located at low altitude.

A phenomenon accentuated by climate change

According to the National Emergency Management Agency of Nigeria (NEMA), the flooding of rivers triggered the submergence of land in 30 of Nigeria’s 36 states in 2012 alone, killing 400 people. Seven years later, the phenomenon has caused $17 billion (N7043 billion) worth of damage and 2 million displaced people by 2020.

“Recently, we saw 100mm of rain in one day. This has never happened in 100 years and shows that the intensity of weather disasters is due to climate change,” says Professor Mansur Bako Matazu, Director of the Nigerian Meteorological Agency (NiMet). Nigerian environmentalist Seyifunmi Adebote says global warming is also causing coastal erosion, making the city of Lagos even more vulnerable to flooding.

Initiatives to protect the coast from erosion

According to the World Bank, coastal degradation cost Nigeria nearly $2 billion in 2017, equivalent to 4.9% of its gross domestic product (GDP). To remedy this, the federal authorities have initiated the “Great Wall of Lagos” project, an 8.5 km long seawall made of some 100,000 concrete blocks weighing five tonnes each and 18 m high. The barrier, which has been under construction since 2019, will protect a stretch of shoreline on Victoria Island, the city’s exclusive neighbourhood.

Meanwhile, the Nigerian Federal Ministry of Agriculture and Rural Development, with the support of the International Water Management Institute in Abuja, has launched a technology solution called “WetIn”. The mobile application provides real-time flood forecasting information to coastal areas using data collected by the Nigerian Hydrological Service Agency (NIHSA). Since its launch in 2016, the initiative has been popular with farmers, as it allows them to protect their crops and evacuate the area if necessary.

Nigeria is oil rich and energy poor. It can't wait around for cheaper batteries