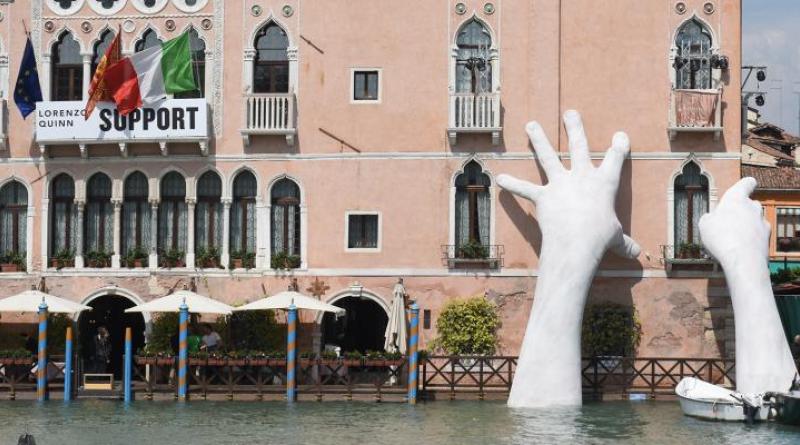 A 3-meter version of Lorenzo Quinn’s monumental sculpture “Support” is on display at the United Nations Climate Change Conference COP25 in Madrid (2-13 December) to remind participants of rising sea levels that threaten Venice and all coastal cities around the world.

The installation, first unveiled by Quinn at the Venice Biennale in 2017 and commissioned by Halcyon Art International, shows two gigantic hands of a child emerging from the Grand Canal in Venice to protect and support the historical building of the Ca’ Sagredo Hotel.

The 3-meter version of the sculpture is being brought to COP25 in Madrid as part of a partnership between UN Climate Climate Change, Lorenzo Quinn and Halcyon Art International.

"Venice, the floating city of art and culture that has inspired humanity for centuries, is threatened by climate change and time decay and is in need of the support of our generation and future ones”, said Quinn. “Let's join 'hands' and make a lasting change”.

Given the record floods that hit Venice earlier this month, reaching the highest levels in more than 50 years and leaving the world heritage site sunk in almost two meters of water, Quinn’s alert sounds more urgent than ever. If the city is unable to adequately protect itself from worsening flooding, it could lose its status as a World Heritage Site, warned UNESCO's World Heritage Centre.

According to experts, there are two main causes for the floods in Venice: while the city is sinking into the mud it was built on, it is also threated from rising sea levels due to climate change.

Quinn’s sculpture illustrates humanity’s capacity to damage the environment but also its ability to save it. While “Support” creates a sense of fear in highlighting the fragility of the Venetian building surrounded by water, as a sign of hope, the hands which hold up the walls of a building remind us of our capability to re-balance the world and address global issues such as climate change. 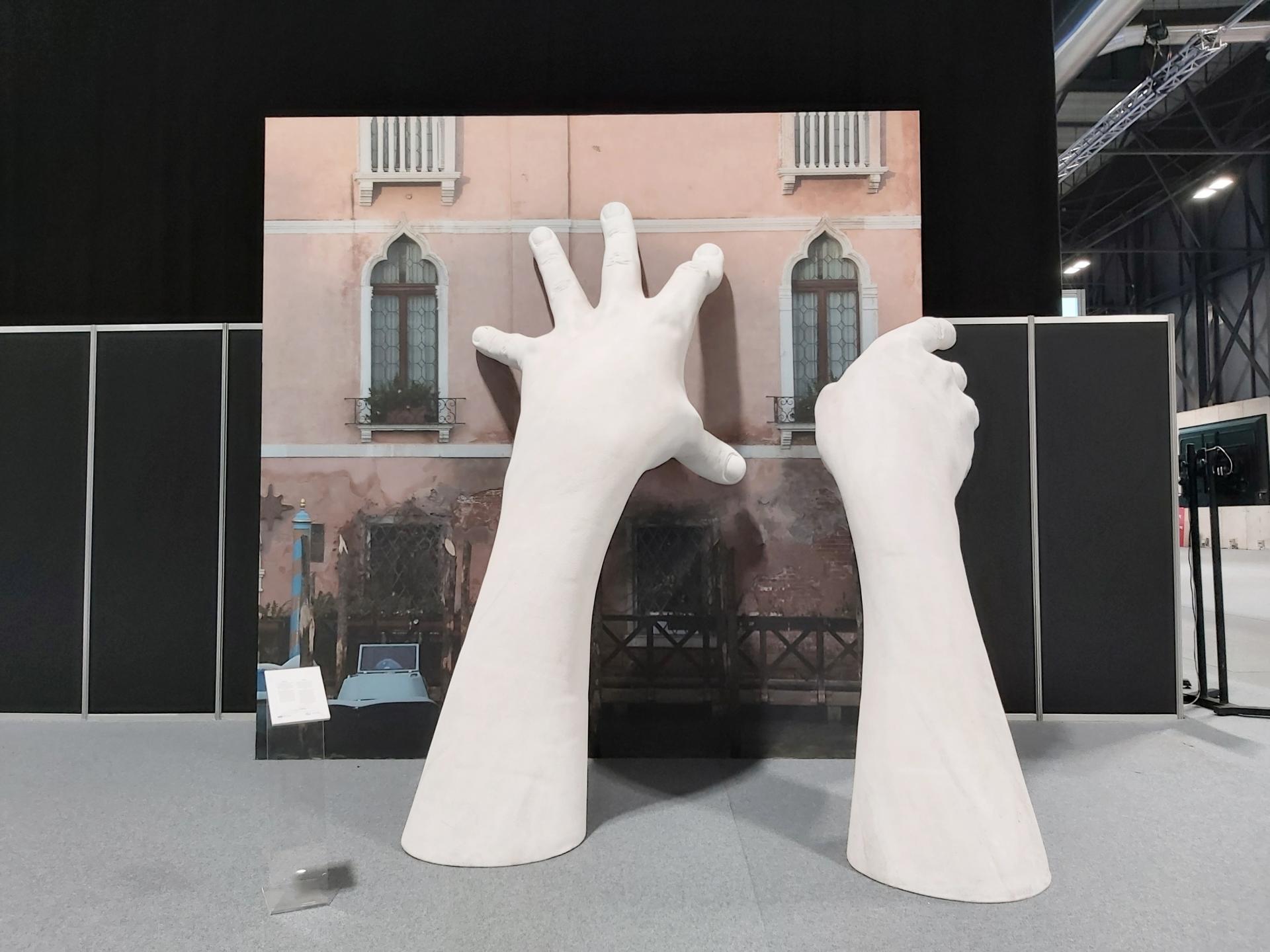 The United Nations Secretary-General, António Guterres, and several heads of state signed one of the small replicas of the sculpture as a sign of their support to the negotiations and increased climate action around the world. 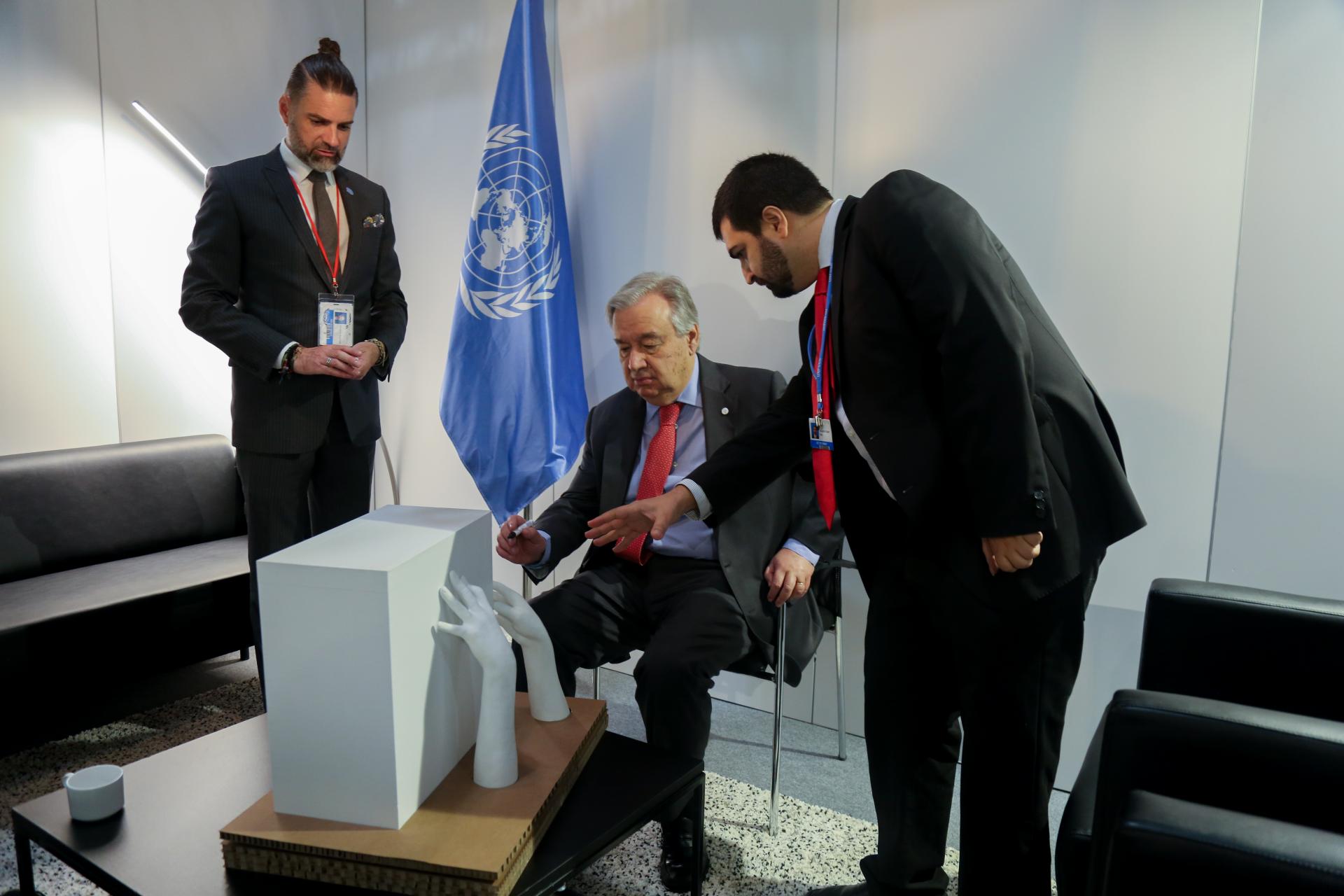 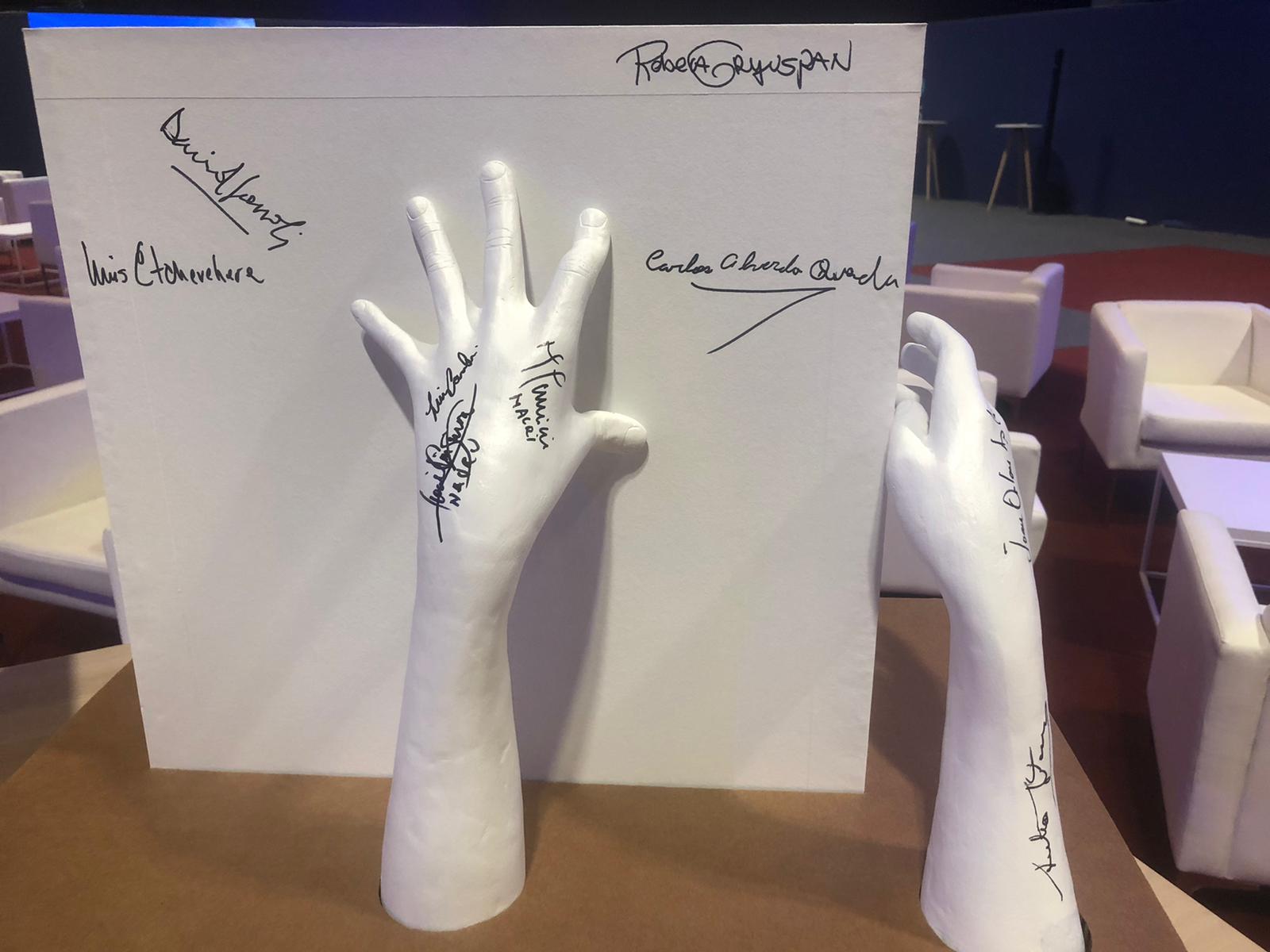 About partnerships between UN Climate Change and non-Party stakeholders

The MPGCA was launched at COP22 by the Conference of the Parties, explicitly welcoming climate action of all non-Party stakeholders, including the private sector, to help implement the Paris Climate Change Agreement. All entities of society and business are strongly encouraged to scale up their efforts and support actions to reduce emissions, as well as to build resilience and decrease vulnerability to the impacts of climate change.

More information on partnerships at COP25 is available here.