Low-carbon aviation fuels are on the horizon. But for now, activists say we need to stay grounded 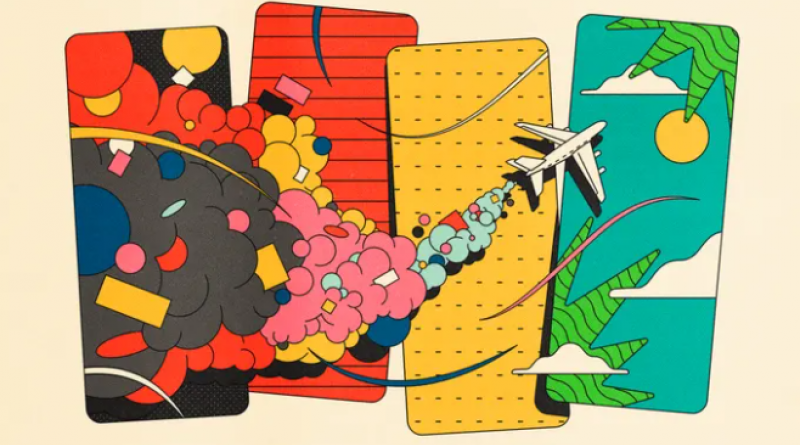 Apowder blue airplane flew from London to Glasgow in September to deliver on a promise. Airlines around the world have committed to decarbonizing the industry – the British Airways flight was meant to demonstrate a decade of progress toward that goal.

Sustainable aviation fuel (SAF), made partly from recycled cooking oil, along with more efficient engines, a sleeker design and improved air traffic management helped reduce the flight’s carbon emissions by 62% compared with a similar trip in 2010, according to BA. The airline was able to bill the trip as “carbon neutral” because it bought carbon credits to offset the remaining 38% of emissions.

In demonstrating how far aviation has come, the flight showed the industry is far from carbon free.

Commercial aviation emitted 918m metric tons of carbon in 2019, about half of which came from frequent flyers. The industry makes up about 2.5% of annual global emissions, but that figure will grow. Passenger travel rose nearly 300% between 1990 and 2019 and the pre-pandemic increases in traffic outpaced emissions savings from improved aircraft and air traffic efficiencies. Emissions could triple in the next three decades, according to some predictions, if aviation returns to its pre-Covid growth trajectory.

The industry has been slow to decarbonize, in large part because fossil fuels continue to be by far the cheapest and easiest way to fuel planes. But there is movement. In October, the International Air Transport Association (Iata) committed to reach net zero emissions by 2050, following a slew of net zero commitments this year from large European and US airlines.

To meet these targets, they are relying heavily on sustainable aviation fuel. SAF is seen as something of a holy grail for decarbonization, especially as zero-emissions aircraft powered by hydrogen and electricity are a decade or more away from commercial operation.

‘Decarbonising aviation’: the Electric EEL could be the future of flying