More than 40 countries agree to phase out coal-fired power 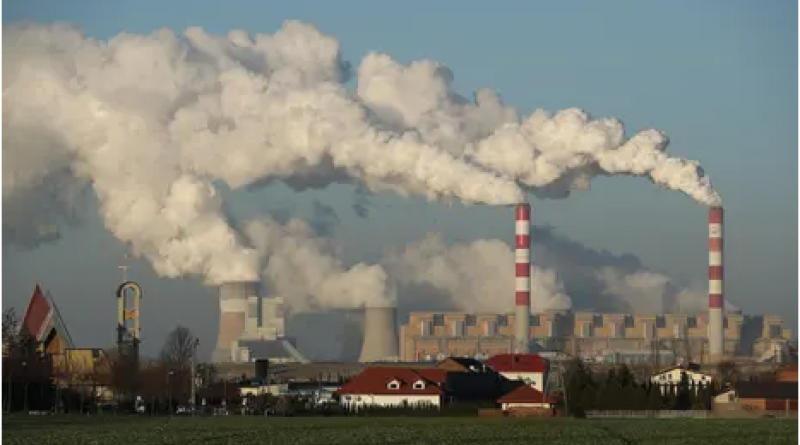 More than 40 countries have agreed to phase out their use of coal-fired power, the dirtiest fuel source, in a boost to UK hopes of a deal to “keep 1.5C alive”, from the Cop26 climate summit.

However, some of the world’s biggest coal-dependent economies, including Australia, China, India and the US were missing from the deal, and experts and campaigners told the Guardian the phase-out deadlines countries signed up to were much too late.

The goal of “consigning coal to history” has been a key focus for the UK as host of the Cop26 summit, which aims to put the world on track to limit global heating to 1.5C above pre-industrial levels.

Kwasi Kwarteng, the UK’s business secretary, said: “Today marks a milestone moment in our global efforts to tackle climate change, as nations from all corners of the world unite in Glasgow to declare that coal has no part to play in our future power generation. Today’s ambitious commitments made by our international partners demonstrate that the end of coal is in sight.”

Coal use is one of the biggest causes of greenhouse gas emissions, according to the International Energy Agency, and use of the polluting fuel has rebounded after the temporary plunge in emissions caused by last year’s lockdowns.

The deal brokered by the UK at Glasgow includes commitments from dozens of developing as well as developed countries to stop using coal, and more than 100 financial institutions and other organisations have also agreed to stop financing coal development.

The deal came as part of a focus on energy for the fifth day of the Cop26 summit, and follows a spate of previous announcements earlier in the week, such as a commitment from scores of countries to halt deforestation. Also on Wednesday:

The suite of announcements on coal is a key pillar of the UK’s strategy for Cop26. Leading figures acknowledged to the Guardian before the two-week conference began that the core aim – of getting countries to produce national emissions-cutting plans that would add up to a halving of greenhouse gas emissions by 2030, compared with 2010 levels, which scientists say is needed to stay within 1.5C – would not be fulfilled.

So in order to close the gap between countries’ headline carbon-cutting commitments and the 45% reduction in emissions needed, part of the UK’s strategy is to focus on major areas of importance to the climate – “cash, coal, cars and trees” in the mantra espoused by Boris Johnson – that will produce key progress in tackling the climate crisis.

Many campaigners welcomed the suite of announcements on coal, which also included a commitment by more than 20 countries – understood to include the US, as well as the UK and Denmark – to stop funding any fossil fuel development overseas by the end of 2022, and divert the estimated $8bn (£5.85bn) a year saved into clean energy investment instead.

Chris Littlecott, social director at the thinktank E3G, said: “This commitment on coal is definitely a big step forward, and would have been unthinkable a year or two ago. It’s a real sign of improvement.”

But others said the move did not go far enough. Jamie Peters, director of campaigns at Friends of the Earth, said: “The key point in this underwhelming announcement is that coal is basically allowed to continue as normal for years yet. Some people may hear what the prime minister said at the opening of Cop, compare it to this, and wonder why there is such a difference between words and action. ”

Expert assessments have found that for the world to stay within 1.5C, developed economies should phase out coal before 2030, rather than in the 2030s as in the deal announced on Wednesday night.

Elif Gündüzyeli, senior coal policy coordinator at the campaign group Climate Action Network Europe, said: “This is not a game-changer. A 2030 phaseout deadline should be a minimum, and this agreement doesn’t have that. Coal is already expensive [compared with renewable energy] and no one wants to put money in coal any more.”

The IEA has said all new development of fossil fuels must cease from this year, if the world is to stay within the 1.5C limit. The IEA’s executive director, Fatih Birol, has also frequently called for the world to give up on coal, which produces more carbon than other sources of electricity, if the climate crisis is to be tackled.

Although South Africa, Indonesia and the Philippines did not sign up to phase out coal, they agreed deals that will lead to the early retirement of many of their existing coal-fired power plans.

Coal investment being cut by 99% of development finance institutions