News Corp claims coal and gas moratorium would be a revenue ‘black hole’. How much would it really cost? 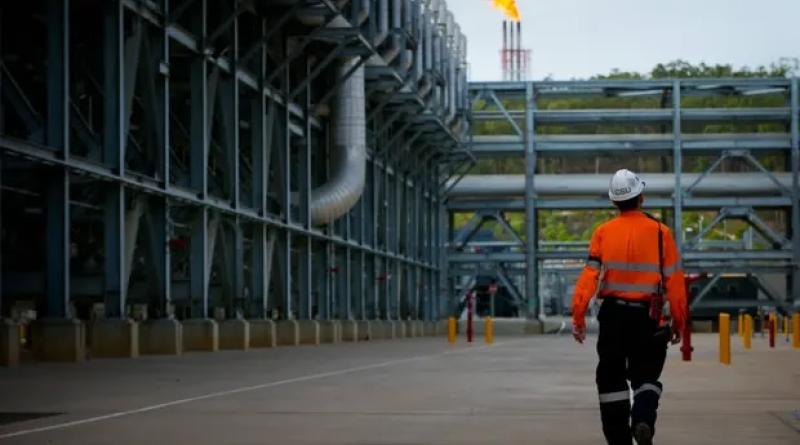 Would a moratorium on new coal and gas projects – even one with almost no chance of actually happening – really cost Queensland $85bn and “shaft” New South Wales to the tune of $19bn?

These were the eye-watering claims made in two stories in News Corp Australia mastheads in Brisbane and Sydney on the same day last week.

Those claims were amplified by the energy minister, Angus Taylor, and resources minister, Keith Pitt, in interviews and social media posts.

Based on a wafer-thin premise that Labor would agree to a moratorium in a post-election power-sharing deal with the Greens (which the Labor leader, Anthony Albanese, has repeatedly rubbished), the stories also claimed more than 13,300 jobs were on the line in NSW while Queensland risked 53,000 jobs.

The News Corp stories claimed exclusive access to Morrison government “analysis” to generate the headlines “Our $85bn black hole” and “A Green light to shaft us for $19bn”.

So what’s going on here?

The source for the “analysis” was the office of the resources minister, Keith Pitt, which told this column the numbers it provided to News Corp came from a December report on major resource and energy projects from the Office of the Chief Economist.

That report comes with a spreadsheet that lists projects and the stage they’re at, and includes jobs and investment numbers provided by the companies behind the projects.

Pitt’s office simply added up all the jobs and estimated capital costs for coal and gas projects for Queensland and NSW. And voilà.

The news reports raised eyebrows among the energy experts at the Grattan Institute. They found that for the quoted jobs numbers in Queensland, even a ban on all new coal and gas projects would only have one-tenth of the impact on jobs being claimed by the minister and repeated by News Corp.

The reason for this, the institute’s Alison Reeve told Temperature Check, was that just because a project was listed on paper as being possible, “it doesn’t mean it’s probable or likely”.

“When you’re talking about jobs or investment that you’re forgoing, most of these jobs would never have happened anyway,” she said.

The chief economist’s office assigns a development status to each project, from those that have only been announced publicly (but with no feasibility study carried out) to projects where the companies have made a decision to invest.

Among the 69 coal projects listed in Queensland and NSW, 23 are at the very earliest stage. Only eight of the projects have been the subject of a final investment decision.

When Reeve and colleagues looked at the projects in Queensland that were still uncommitted, they found 29 of 45 projects had been appearing on the same government list for at least five years without progressing.

When they looked at the survival rate for projects listed in previous years, they found only half the gas projects mentioned in 2017 were either now committed or operating. For coal projects, just 6% had progressed.

“If this trend is repeated over the next five years, just one in two Queensland gas projects and one in 16 Queensland coal projects would proceed,” Reeve and colleagues wrote.

The spreadsheet also lists the cost estimates for each project based on what the companies have said publicly. Some projects didn’t quote a single figure but instead a range – and this range in some cases stretched over $2.5bn. Pitt’s office said its “analysis” had picked the mid-range.

So the same issue that renders the jobs figures unreliable applies to the billions in investment the News Corp stories, and Pitt and Taylor, claimed were at risk.

Reeve said the longer-term issues of falling global demand for coal would present a problem for many communities, and “it doesn’t help them by telling them this is really scary and by putting out inflated numbers”.

She added: “What’s going to have a much larger impact on Queensland coal jobs will be falling demand rather than jobs associated with projects that are not yet being built. Those are jobs that people actually have now that will disappear.”

During a Senate hearing this week, the Greens senator Larissa Waters asked the executives at government-owned Snowy Hydro how much CO2 its planned Kurri Kurri gas plant will release for each unit of electricity it produces.

Gordon Wymer, Snowy Hydro’s chief commercial officer, stepped up to the plate with a remarkable claim about the NSW project that’s being built with $600m of taxpayer money.

People should not be fixated on the reported emissions intensity of the plant which, Wymer said, was 52kg of CO2-equivalent for every kilowatt hour (Wymer misspoke – the figure his company quotes equates to 520g for every kwh).

“But that completely misses the big picture which is, if you’ll bear with me, that the plant will put out minus 3.9 [million tonnes] of CO2 per annum. There has been no focus on this and that’s a real shame,” Wymer said.

Yet according to Snowy Hydro’s environmental report for the plant, Kurri Kurri will emit 500,000 tonnes of CO2 a year when it’s operating – emissions that will remain in the atmosphere for a century or more.

Wymer attempted to argue the plant’s negative emissions qualities were because it would allow more wind and solar to be built, displacing coal. In short: gas plant pushes out dirtier coal and brings in renewables.

But this is not how carbon accounting works.

Dr Dylan McConnell, an energy systems expert at the University of Melbourne, said the argument was “obscure” and the 3.9m tonne figure was “impossible to work out” because it was based on assumptions and caveats.

But he said: “Negative emissions implies a drawdown of carbon. This is absolutely not that.”

Still no plan for net zero

We found out earlier this week the government’s Making Positive Energy marketing campaign – launched last September – will have cost taxpayers at least $31m by the time it’s scheduled to end in mid-April.

This column has looked at some of the central claims made by the campaign, which spruiks the government’s record on emissions and promotes its technology-led plan to “reach net zero”.

Since the campaign was launched, the government has released extracts of modelling that show how it thinks this plan will work.

The government’s own modelling report showed that by 2050, the technology plan falls 226m tonnes of CO2-equivalent short of zero.

Most of the shortfall is made up by buying international offsets, hoping future technologies will fill the gap and then relying on a controversial and unproven negative-emissions technology that’s not even featured in the government’s roadmap.

And so, once more for those at the back, when the government says it has a plan to reach net zero, it doesn’t – whatever the $31m marketing campaign says.

cover photo: ‘It doesn’t help them by telling them this is really scary’: falling coal demand will be a greater problem than stopping future projects, says Alison Reeve. Photograph: Bloomberg/Getty Images

Temperature Check is a weekly column examining claims about climate change made by governments, politicians, business and in the media. See the latest column and follow the series here

Before Australia’s climate wars: when a Coalition cabinet leaned towards positive action

China Is Finding Fewer Reliable Sources of Coal. That Could Be Bad News for the Climate