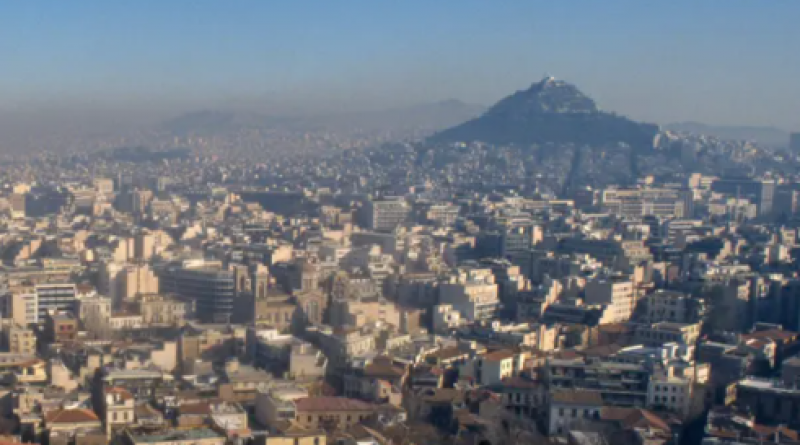 Mayor overseeing a green regeneration in city where temperatures can already surpass 40C.

Like every Athens mayor, Kostas Bakoyannis is acutely aware of the illustrious heritage of one of the world’s oldest cities. After all, he says, it is busts of Pericles and his mistress Aspasia that adorn the entrance of the neoclassical town hall. From the windows of his cavernous office, he can glimpse the Parthenon through the jumble of concrete buildings and antennas.

But Bakoyannis prefers to talk about the present, not least his plans for fountains, parks and trees – antidotes to the afflictions of more modern times.

“When you’re the mayor of Athens you are not in dialogue with history,” he says. “You’re in dialogue with the problems, needs, aspirations and hopes of present-day Athenians and anyone who might visit Athens even for a day.”

With that mission, Bakoyannis has his work cut out for him. Decades of reckless urban planning are catching up with the city. Pollution, densely packed neighbourhoods and traffic congestion – byproducts of an uncontrolled building spree that began in the 1950s – are still evident today.

In conditions often likened to a pressure cooker, temperatures can surpass 40C (104F) in the summer. “Our models show annual mean temperatures across the Mediterranean increasing by up to 2C over the next 30 years,” says Christos Zerefos, a professor of atmospheric physics. “In the summer the air temperature will rise by more than 3C. Ecosystems will suffer.”

Bakoyannis, the scion of a political dynasty, was elected to the post in 2019. He knows time is of the essence.

“What we are facing is not a climate crisis but clearly a climate emergency,” he says. “If we’re to do our job well we have to adhere to the principles of resilience and sustainability.”

With the help of state and private sector support, EU structural funds and municipal levies, the budget allocated to green space has quadrupled. Every year €10m is earmarked for nature conservation, according to Bakoyannis, whose candidacy was backed by the centre-right New Democracy party now in government and led by his uncle, the prime minister, Kyriakos Mitsotakis.

Public-private partnerships, until recently a rarity in Greece, will help finance a huge “double regeneration” project that involves a football stadium in the heart of Athens being turned into an urban park, and a green overhaul for the industrial wasteland in the poorer western suburbs where the arena will be moved to.

Progress has been made in reducing car lanes to reclaim public space for pedestrians and cyclists, rejuvenating the hills of Athens, fixing fountains in public squares and creating pocket parks.

All the projects have one goal: to offset the challenges Europe’s warmest city is likely to confront as a result of rising temperatures.

“The next decade is going to be all about heat,” says Lenio Myrivili, co-chair of the Washington-based Extreme Heat Resilience Alliance, who advises Bakoyannis. “How we manage it and prepare for it is going to be vital.”

A former Athens vice-mayor herself, Myrivili is in no doubt of what lies in store if action isn’t taken.The Greek capital has been singled out in studies on the risks posed by climate change. An analysis of 571 European cities by Newcastle University in 2018 predicted it would experience the worst increases in severe drought and heatwaves by 2050. In a similar study, the ratings agency Moody’s also ranked the Greek capital highest in terms of exposure to rising temperatures. With heatwaves likely to become more frequent and extreme, it forecast that Greece’s credit strength would also become “sensitive to climate change …. [particularly] if heatwaves were to depress tourist activity”.

Prior to the pandemic Athens had become increasingly popular as a tourist destination, attracting over six million visitors in 2019.

“It’s imperative that we shield the city through heat mitigation,” says Myrivili. “The best way to do this is by introducing nature, biodiversity and ecosystems into urban areas. We’ll also need to more cleverly manage our water resources and ultimately bring the rivers of Attica, so scandalously cemented over, back to life.”

Athens was the first city to sign up to Prince Charles’ Terra Carta, (Earth Charter), described as a roadmap to a green post-pandemic recovery, when the British royal visited the capital for celebrations marking the 200th anniversary of the war of independence last month.

After a “lost decade” as a result of the nation’s prolonged economic crisis, Bakoyannis says he is determined not to lose more time because of the coronavirus crisis.

Exploiting the quietude of lockdown, municipal teams have focused on revamping forgotten parks and hills.

Heatwaves may mean Sydney is too hot for people to live in 'within decades' .