Now is the Time to Fix The Climate. 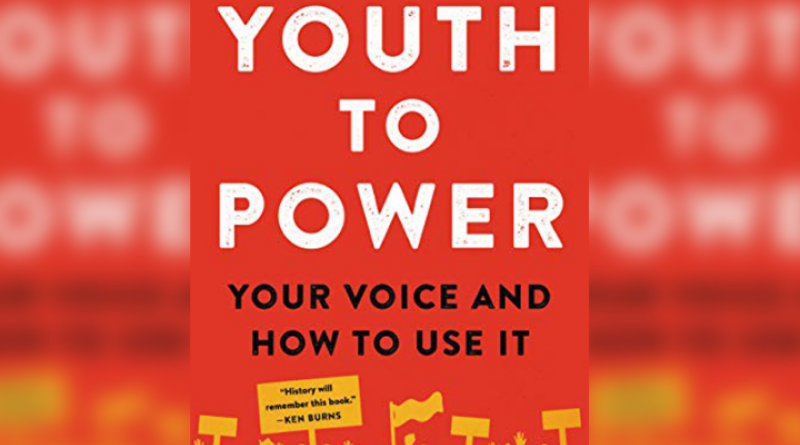 For my generation, it’s all part of the fight against racism, poverty and injustice.

Zero Hour, the anti-climate-change group that Jamie S. Margolin founded two years ago when she was 16, calls itself “a movement of unstoppable youth.” Margolin, now 18, is part of an increasingly visible wave of very young activists (including 17-year-old Greta Thunberg) fighting for what they see as the right to a livable future. Her focus is not just on strikes, demonstrations and lobbying but on motivating and training new young activists and organizers to shape campaigns of their own. Her new book Youth to Power: Your Voice and How to Use It amplifies that approach with organizing tips and strategies and interviews with others immersed in this new activist landscape.

You’ve said you founded Zero Hour because things looked bleak for your generation. Do things look even bleaker now?

They do and they don’t. In terms of the physical reality of the climate crisis, the recession, the coronavirus crisis, and the way our leaders are behaving, and not having Bernie Sanders as the nominee, it’s darker. But if the facts are weaker, the movement to fight climate change is so much stronger than a few years ago that I feel we’re in a better place to fight back against all these injustices. The movement has grown exponentially. So many more people care about these issues than they did before. All we can hope is that the movement will be strong enough to counter all this darkness.

Our leaders aren’t even doing everything they can against the virus, and on top of that they are continuing to make the climate crisis worse

Don’t get me wrong. I’m not saying that it got stronger as a result of the coronavirus crisis. The coronavirus didn’t make anything or anyone stronger. The movement got stronger because of organizing. Massive numbers of young people have become involved in politics, and more people are starting to open their eyes and understand. Young people see other young people becoming visible and active, and they see climate strikes with millions of participants, and then they march and get involved and bring in other people. I wasn’t trained in organizing—I just figured it out.

Is being Jewish important to your politics?

I organize out of my identity: I’m Jewish and Latina, and that plays a big part in the intersectionality that I talk about and write about. I’ve lived many different realities, and I carry a lot of different backgrounds. My dad is Ashkenazi Jewish and my mom is Colombian, and that’s an interesting mix; it informs who I am and what I do. If you care about any other issues, you have to care about the climate crisis. If you care about racism, the pressure from the changing climate will make racism worse. If you care about stopping poverty and homelessness, that’s going to get worse too with climate change. Or if you care about feminism and women’s rights, the climate crisis is intertwined with that. Some people without marginalized identities say, “We’ve got to stop everything else and fight the climate crisis,” but that also comes from a place of privilege. For most of us, it’s not that simple. I’m not going to stop being Jewish or Latina or gay or a woman just because the climate crisis isn’t over. Other people can’t just stop being at risk from the violence of racism, or the violence of homophobia or anti-Semitism—we can’t ignore those things. We have to fight the climate crisis while we fight all the other problems in society too. We’ve seen from the recent killings of black people that that violence just keeps happening. It won’t stop happening until we rise up and stop it.

Has the crisis changed how you argue your case?

Coronavirus adds some elements to our message, but it doesn’t change it. One thing I’ve seen in the response to the pandemic is that when there’s enough urgency in the situation, people can make drastic changes in their behavior, even more drastic than the kind of changes we’ve been asking them to make to save the planet. In an article in The Washington Post, I wrote, “The way the coronavirus disproportionately affects older people is the exact way the climate crisis disproportionately affects young people.” I pointed out that our generation is giving up a lot—our schooling, our fun and our freedom—to help slow the virus so older generations can live longer. But they don’t seem to feel the same urgency, or even willingness, to make changes in their lives to fight climate change so we can live longer. People my age want to stand up and do everything we can. I lost my high school graduation this spring and my prom. My book is coming out, and I can’t promote it. Meanwhile, we see that our leaders aren’t doing everything they can against the virus, and on top of that they are continuing to make the climate crisis worse. I don’t know if we’re doing enough. I’m doing the best I can with what I have, and that’s all we can do.

12 Great Books on Climate and Environment to Gift This Holiday.