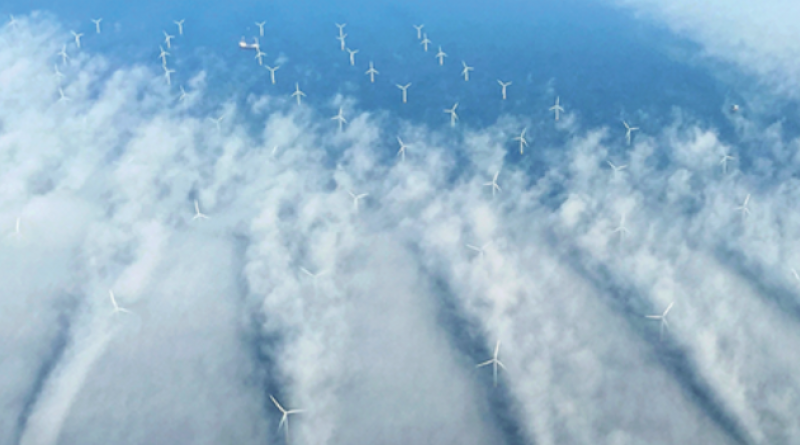 Cluster wake effects could significantly reduce the energy generated by turbines as more offshore wind farms are developed close to each other, a new study published earlier this month in the Scientific Reports journal has warned.

The wake effect – which alters wind conditions and decreases the power generation efficiency of wind farms downwind – could reduce the energy output of wind turbines in high-density buildout scenarios by as much as 25%, according to the study.

Having modelled wake effects over the North Sea over the 2008-2017 period and compared them with real wind speed data, lead study author Naveed Akhtar from the Institute of Coastal Systems-Analysis and Modeling at the Helmholtz-Zentrum Hereo research institute in Germany found that energy reductions caused by the wake effect were greater in the more stable weather conditions of March and April.

“There is significant uncertainty in the models used to assess the impact of wakes, particularly when it comes to cluster wake effects,” Ben Williams, senior engineer at DNV told Windpower Monthly.

“To their credit, the authors of the research paper offer some validation of their model against measurements. But it is a small amount of validation, especially when you consider the types of predictions made in the study.”

Current estimates of the wake effect for offshore wind turbines range between 10% and 20% and are “highly dependent on the design of the wind farm”, Williams told Windpower Monthly.

“Further, continued research in this area is needed in order to reduce uncertainty in the modelling of these wake effects.”

Wake models are currently well-validated for the prediction of internal wakes within a wind farm, but there is less validation for cluster wakes from neighbouring wind farms, Williams explained.

“Further validations, particularly using operational data from wind farms are required to more confidently estimate the expected magnitude of cluster wake effects. This is an area of active research in the industry. Nevertheless, the general findings and recommendations of this research paper and similar research papers should be heeded,” Williams added.

The wake effect, within and between wind farms, has long been known to reduce wind turbine output. It was one of the reasons Ørsted cited for downgrading production estimates in October 2019.

“The paper makes a strong case that national planning for offshore wind development in the North Sea should account for these inter-wind-farm effects,” Williams added. “Ideally, there would be coordination between nations as well.”