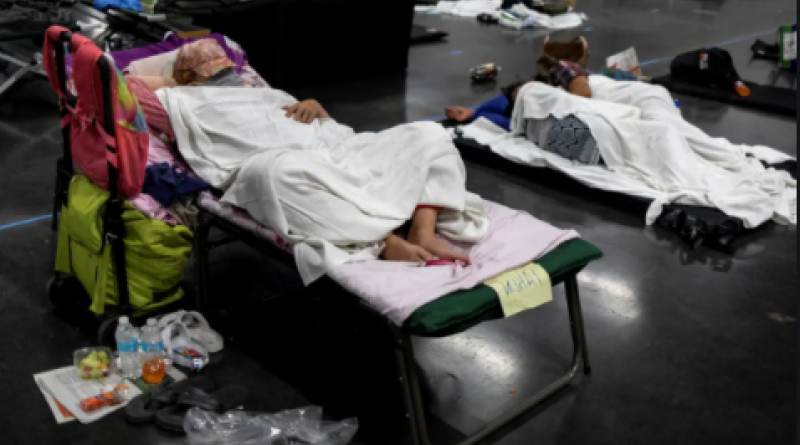 Officials warn a ‘prolonged, dangerous, and historic heatwave’ will persist through the week.

Canada has recorded its highest temperatures on record as the country’s west, along with the US Pacific north-west, suffer an unprecedented heatwave.

The village of Lytton, in the interior of southern British Columbia, saw the mercury hit 46.6C on Sunday – an all-time high in the country’s 84-year-old record, officials said.

The previous national record was 45C, which was set in Yellow Grass and Midale in Saskatchewan in July 1937.

More than 40 other places in British Columbia also set new records, according to the Canadian weather agency.

Officials warned temperatures could continue to rise this week. Speaking to CTV, Environment Canada senior climatologist, David Phillips, said: “I like to break a record, but this is like shattering and pulverising them.”

“It’s warmer in parts of western Canada than in Dubai,” he said, adding there was a chance some places could see temperatures reach 47C.

Alberta, parts of Saskatchewan, Yukon and the Northwest Territories should be on alert, Environment Canada said. 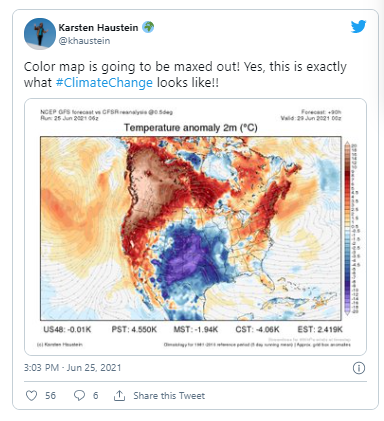 Kristie Ebi, a professor at the University of Washington who studies global warming and its effects on public health, told Associated Press that the days-long heat wave was a taste of the future as climate change reshapes global weather patterns.

Heat warnings have been issued to residents in most of western Canada as well as the US Pacific Northwest, who have been affected by a “heat dome” of high pressure running from California to Canada’s Arctic territories and stretching inland through Idaho.

In the northwest of the US, particularly in the states of Washington and Oregon, “historic” heatwave conditions are expected to persist all week, according to the US National Weather Service (NWS). In Seattle and Portland, temperatures have already surpassed 40C.

“This event will likely be one of the most extreme and prolonged heatwaves in the recorded history of the inland Northwest,” the NWS said.