Op - Can COP26 really save the planet? 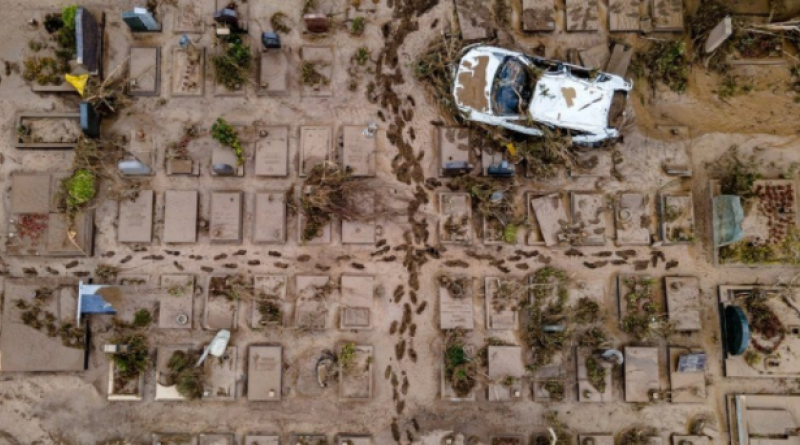 Will COP26 be a climate "turning point" as Boris Johnson wants, or more "blah blah blah" of the kind Greta Thunberg condemns?

At face value, things do not look promising, for a simple reason: the previous 25 of these giant conferences failed to turn off the tap of the greenhouse gases that are driving up global temperatures.

Despite three decades of talking, the planet is now at least 1.1C hotter than the pre-industrial level - and rising.

Even if everyone sticks to their current promises to reduce emissions, we'll still be on course for a dangerous increase of 2.7C by the end of the century.

For this conference, however, expectations for real progress are higher than usual.

That's partly because the risks are hitting home. This year floods killed 200 people in Germany, heatwaves struck chilly Canada and even the Siberian Arctic was burning.

And scientists now have the evidence to say it's unequivocal that human activity is behind climate change and that's making violent extremes more likely.

They're also clearer than ever that avoiding the most damaging temperatures means halving global carbon emissions by 2030 - a deadline looming close enough to focus minds.

And we are seeing something unimaginable even a few years ago: an unprecedented flurry of countries and businesses, some more plausibly than others, pledging to go net zero by mid-century.

That means any greenhouse gases they're still releasing by then should be balanced by an equivalent amount absorbed from the atmosphere, through tree-planting for example.

So will Glasgow be the venue where the world shifts towards a zero-carbon future?

In truth, it's never likely that a single meeting could ever achieve that.

COPs were set up specifically for governments to tackle climate change, and the annual round of conferences does remain the only forum to tackle the problem collectively.

But they operate by consensus between nearly 200 countries that all have very different perspectives.

"Try herding 200 cats," one official once told me.

Many of the nations that are rich in oil or coal have been downright hostile to the whole climate agenda, and have tried everything to slow it down.

Others that are poor and vulnerable see rising temperatures threatening their very existence and are desperate for help.

At the first COP I reported from, in the deep freeze of a Montreal winter in 2005, the pace of talks matched the glacial weather.

Negotiators were arguing overnight over 'square brackets' that marked unresolved and impenetrable points in a text that was never destined to leave much of a trace.

When they finally reached agreement at dawn - and I spotted the then UK environment secretary Margaret Beckett with tears in her eyes - I asked a veteran observer what was being celebrated.

"They've agreed to keep talking," he said, without irony. "So the process continues."

And the conferences have rolled on, more or less productively, and at the nine I've witnessed so far, there have been some painful scenes.

In Nairobi in 2006, I heard a frustrated German minister ask why anyone bothered to turn up.

In Bali in 2007, the top UN official, exhausted and exasperated, started weeping openly.

And in Copenhagen in 2009, clumsy hosting triggered walkouts that nearly led the talks to collapse.

Yet one former UK government adviser, who was at the heart of those negotiations in Denmark, believes that COPs, for all their faults, are an essential mechanism.

Without them, according to Prof Mike Jacobs - now of the University of Sheffield - "emissions would have risen even higher than they are now".

He says having "a simultaneous and collective commitment" forces governments to stay focused on the problem.

And that led to the COP that stands out as a rare example of success - Paris in 2015.

The French government, supported by a carefully cultivated alliance, ushered in the Paris Agreement, the first accord of its kind to tackle climate change.

This was a landmark moment because never before had every country agreed to act together to limit the rise in temperatures to 2C or, if possible, a lower target of 1.5C.

Yes, the most difficult small print was left unresolved and the accord is entirely voluntary - no country is obliged to cut its emissions faster than it wants to.

But Prof Jacobs reckons that setting up a global framework generated a sense of momentum, which in itself has proved significant.

That's because more and more of the world's governments are now setting their own targets for renewable energy or phasing out petrol and diesel cars, and that sends a message to businesses that the agenda is serious.

So investments in wind and solar power have recently been so vast that their costs have tumbled, which in turn makes a zero-carbon transition more feasible.

And provided the Glasgow talks don't collapse in acrimony, that signal of a greener direction should get even more attention.

It could be a 'tipping-point' where big investors start to shift their trillions of dollars out of fossil fuels - a few days ago Europe's largest pension fund announced it would do just that.

Already the giant carmakers are having to gear up to go electric, and shipping companies - long accused of dragging their feet - are under pressure to clean up too.

Plans to decarbonise even the most polluting industries - with so-called 'green cement' and 'green steel' - are becoming more mainstream.

But the speed of this response is the key question for COP26.

As things stand, given all the pledges made so far, greenhouse gas emissions are actually set to rise by 16% by 2030, rather than fall by 45% as the science demands.

And if the picture remains unchanged after a fortnight of talking, the accusations of failure will come thick and fast.

A second challenge is finance for the poorest countries, hit hardest by rising sea levels, floods and droughts, and needing help to go green.

They've long felt let down, seeing promises unfulfilled, including a key pledge that was seen as a fundamental issue of trust, for assistance worth $100bn a year to be delivered by now.

Prof Saleemul Huq, an adviser to the prime minister of Bangladesh, is among those cynical about the whole process.

"This annual shindig is redundant - it's not as if climate change is an issue just once a year.

"It's happening now for everyone, every day, not some time in the future - it needs attention all the time."

So what is Prof Huq expecting?

"I presume they'll manage to pull a rabbit out of the hat in the end but you journalists must check the details of what's announced - is it really what they say it is?"

Ultimately, the conferences provide a focus for climate action but they can never lead to a transformation overnight.

The observer in Montreal was right: it's about a process.

And in a sign of managed expectations for Glasgow, there's talk of the next gatherings: COP27 in Egypt, and COP28, maybe in Qatar.

The Guardian view on Cop26: rhetoric must turn into action in Glasgow