Op - Investing in fossil fuels amidst an energy price shock: the case of Greece 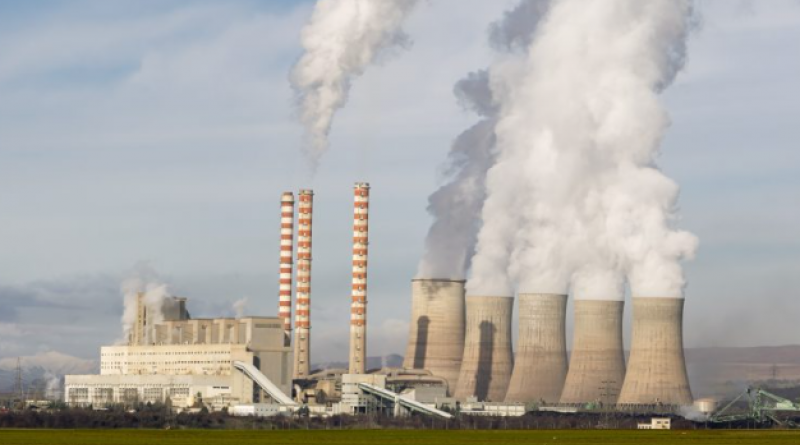 Tax reductions and subsidies to natural gas generate a wrong signal to the energy market, write Vlasios Oikonomou and Haris Doukas. A change of policy is needed before the phenomenon of energy poverty spreads throughout Greece and Europe this winter, they argue.

Vlasios Oikonomou is Managing Director at the Institute for European Energy and Climate Policy (IEECP), The Netherlands and Haris Doukas is Associate Professor of energy and climate policy at the National Technical University of Athens (NTUA), Greece.

There is a visible split between how Member States react to the ongoing energy crisis: some grasp the opportunity to further accelerate the energy transition, while others consider fossil fuels as the solution to the problem (including lignite, gas and oil).

Greece, for instance, despite ambitious targets to phase-out lignite, does not seem to proceed with the decarbonisation as a whole. More specifically, the Greek authorities have so far chosen to replace lignite almost exclusively with natural gas, both in power generation and heating – and hence invest in new fossil fuel infrastructure.

Natural gas, although it was considered as the cheap transition fuel 10 years ago, is currently the most criticised fuel as a key culprit to the energy price crisis.

To date, in 2021, the price of natural gas has skyrocketed by more than 100%, pushing up every service or processing that make use of it. This explosive increase even surpasses the tripling of the price of oil in 1971, when Nixon’s decision collapsed the Bretton Woods Agreement.

Greece is ranked among the most vulnerable countries in this price increase, as the societal problem of energy poverty is particularly critical. After the economic crisis, more than 25% of households are unable to keep their homes adequately warm in winter while the arrears in utility bills soar. Economic scenarios modelling the further penetration of natural gas indicate that the energy poverty percentages rise and the low-income citizens with poorly insulated homes are heavily affected.

Following the European Commission’s announcements of the new Fit-for-55 package in July this year, the energy future of natural gas changed radically. The proposals of this package – to be debated in the coming months – on the gradual phasing out of fossil fuel boilers, the proposed ETS on heating fuels in buildings, the revision of methane targets, the revised EPBD and others, all lead to more pressure on financing new natural gas pathways in the coming years.

Likewise, the technical guidance from the European Commission for climate-proofing infrastructural projects in the period 2021-2027 and the adoption of the Energy Efficiency First principle as a guiding way of evaluating investments, could jeopardise investments for the expansion of natural gas infrastructures in Greece.

Despite the new climate policy framework set by the European Commission, Greece (and other Member States) benefit from the legislative “window” of financing new fossil fuel infrastructure from public or EU funding through the unspent amounts of the past 2014-2020 Operational Programs. As an example, the new natural gas grid infrastructure in the region of Peloponnese for household heating is financed at €20 million from the 2014-2020 Operational Program. This should be an eye-opener perhaps for the European Commission to safeguard the climate ambition integrity.

If the investments in 2021 (funded by past programs) are targeted towards non-climate friendly solutions, that will create stranded assets in the 2021-2030 period.

Two key issues can then arise:

In addition, it should be scrutinised whether the amounts spent from the past Operational Programs are in the same axis or are transferred from one axis to another (as the new natural gas grids are financed by a cross-cutting program from the 2014-2020 period).

Greece wrongly insists on its original positions on the full use of natural gas for the time being. It is characteristic that only recently, and as a reaction to rising energy prices, four direct and indirect subsidies to fossil fuels have increased significantly, such as:

The tax reduction and subsidies to natural gas generate a wrong signal to the energy market, increasing the dependence of the national energy systems on public financing and perpetuating the need for on-bill subsidy in every increase in the spot price.

Instead of protecting households, these measures render households even more vulnerable to energy poverty. This also increases the risk of the entire economy being prone to geopolitical games in a country whose economy is far from resilient to such changes.

A change of policy is needed before the phenomenon of energy poverty spreads quickly throughout Europe, including Greece, this winter. The European Commission, next to the package of measures to respond to the risk of impoverishing its population due to the energy price spikes, should also scrutinise practices of countries, which amidst the crisis, finance massively fossil fuel infrastructures with public funding.

This opinion builds on results from projects receiving support from the Horizon 2020 program: ENPOR, Social Watt and ENSMOV. ENPOR organises a short lunch talk during the EU Sustainable Energy Week –EUSEW-, on October 28, touching upon how to alleviate energy poverty for the private rented sector. www.enpor.eu

Investing in coal power would be an expensive mistake.

Investing in the green economy: sizing the opportunity.

The transition from fossils to renewables and its impact on consumer prices.