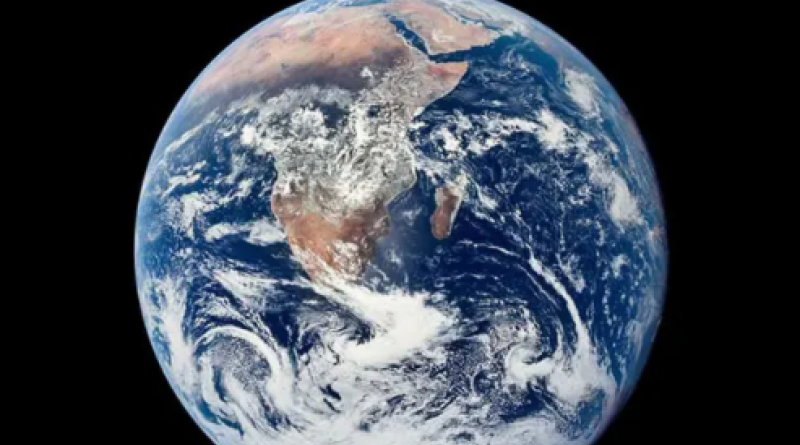 If someone has planted a time bomb in your home, you are entitled to dismantle it. The same applies to our planet

The climate struggle has entered a new phase. It is marked by a search for different tactics: something that cannot be so easily ignored, a mode of action that disrupts business-as-usual for real, some way to pull the emergency brake. This search has only just begun, but the signs are there.

In Berlin, half a dozen young climate activists calling themselves ‘The Last Generation’ recently went on a hunger strike, eventually refusing liquids and becoming quite frail before calling the action off. But there are other things than our own bodies that can be shut down. In conjunction with this summer’s Ende Gelände camp against fossil gas, a group calling itself ‘Fridays for sabotage’ claimed responsibility for rupturing a piece of gas infrastructure and urged the movement to embrace this tactic: ‘There are many places of destruction, but just as many places of possible resistance.’ This followed the development of a veritable archipelago of forest occupations in Germany, some of which have damaged equipment for coal extraction.

To stay in the global north, the long and bitter struggles of Indigenous peoples against never-ending new pipeline projects in Canada and the US have spawned some desperate militancy: trains carrying crude oil have been derailed by activists mimicking the signal of emergency brakes.

Parts of the earth are becoming unliveable. Facts like that, however, are in no real need of repetition. By now everyone knows, at some level of their consciousness, what is at stake. And still our governments allow fossil fuel companies to expand their installations for taking oil and gas and coal out of the ground. They cannot even bring themselves to stop showering such companies with trillions of dollars of subsidies.

One doesn’t need to look at rogue denialists like Bolsonaro or Trump or, for that matter, the far-right government of Modi, which presides over a transition to ever-more fossil fuels: any well-mannered state will do.

Take France, whose president poses as the most enlightened climate diplomat. The largest private company headquartered in that nation, Total, will this year commence construction of the East Africa Crude Oil Pipeline, slated to be the longest in the world, cross 230 rivers, bisect 12 forest reserves and drive 100,000 people from their land: all to carry even more crude oil to the world-economy for burning. Macron backs the pipeline as an amazing opportunity to increase ‘French economic presence’ in the region.

Or take the US, where Biden is surpassing his predecessor in generosity to fossil fuel companies, showering them with drilling licenses at a pace not seen since George W Bush. Two dozen fossil fuel projects – new pipelines, new gas terminals – underway in that country would alone cause emissions equal to 404 coal-fired power-plants.

As for the UK government, it remains committed to ‘maximising economic recovery’ of oil and gas in the North Sea – pumping out as much of it as possible, that is. Germany expands its autobahn and coal mines. ExxonMobil barrels on with a high-risk off-shore drilling project in a very delicate marine ecosystem in Guyana. Between 2020 and 2022, Shell will have put 21 new major oil and gas projects online.

Overall, the production of fossil fuels needs to be brought down to zero as fast as humanely possible, but in the real world, producers are planning to increase extraction as if there is no tomorrow. One recent paper shows that the bulk of all known reserves must be left in the ground for there to be at least a slim chance of avoiding more than 1.5C degrees of warming; to be more exact, by 2050, some 90% of all the coal would have to remain untouched, 60% of the oil, 60% of the gas, 99% of the unconventional oil.

But these are, the researchers stress, likely to be underestimates, since the modelling is based on a 50% chance of meeting the 1.5C degrees target and does not include feedback mechanisms. If the chance is raised to 70 or 80% and the recursive loops of a climate system breakdown – notably forest fires – were accounted for, even more would have to stay underground: nearly all fossil fuels, starting about tomorrow. By its very nature, fossil capital cannot countenance such a limit. Compulsively, uninhibitedly, it instead digs around for more and more to extract and then some more.

For every day that passes, this conclusion receives further confirmation: the ruling classes of this world are constitutionally incapable of responding to the catastrophe in any other way than by expediting it. Unfortunately, COP26 did not produce any compelling reasons to revise that conclusion. Less than a week after the end of the summit, the Biden administration held the largest federal offshore drilling auction in US history.

There is little to suggest that any other government signing the Glasgow Pact will behave differently.

So what do we do?

We could destroy the machines that destroy this planet. If someone has planted a time bomb in your home, you are entitled to dismantle it. More to the point, if someone has placed an incendiary device inside the high-rise building where you live, and if the foundations are already on fire and people are dying in the cellars, then many would believe that you have an obligation to put the device out of action.

This is the moral case which, I would argue, justifies destroying fossil fuel property. That is completely separate from harming human bodies, for which there is no moral case.

And this particular moral case for direct action is, I believe, overwhelmingly strong, if the realities of the climate catastrophe are recognised. On that premise, how could the physical integrity of fossil fuel property possibly be given precedence? Boris Johnson recently made what might generously be interpreted as an attempt to do so, when he defended the Cambo oilfield, one in the endless series of fresh investments in fossil fuel infrastructure of the kind we just can’t live with: “we can’t just tear up contracts”, he said.

In this view, a contract with an entrepreneur for augmenting the device sending the flames ever higher must be honoured. It takes priority over any other concern. Just why it should have that sanctity, however, seems to me exceedingly difficult to tell.

In the meantime, we can observe that slowing down the climate catastrophe means, by definition, the destruction of fossil capital: there can be no more profiting from fossil fuels. And if governments are incapable of initiating this work, because they take their orders from the top floors, then others should do so. Not because activists can accomplish the abolition of fossil fuels – only states have that potential – but because their role is to ratchet up the pressure for it.

So could the climate movement in the global north achieve its goals by sending cadres or crowds to actually tear machines apart? An unassailable ethical imperative does not necessarily translate into efficacious action. We have received this lesson from the highways of the UK, where the main achievement of Insulate Britain has been rising fury from working-class people on the way to their jobs.

We are deep into the catastrophe; the hour is late, but the escalation has only just begun. We don’t know what exactly will work. The one thing we can be certain of is this: we are in a death spiral, we have to break out of it, and we must try something more. The days of gentle protest may be long over.

Op - Cop26 is doomed, and the hollow promise of ‘net zero’ is to blame

Op - Cop26 is creating false hope for a 1.5C rise – the stark reality is very different