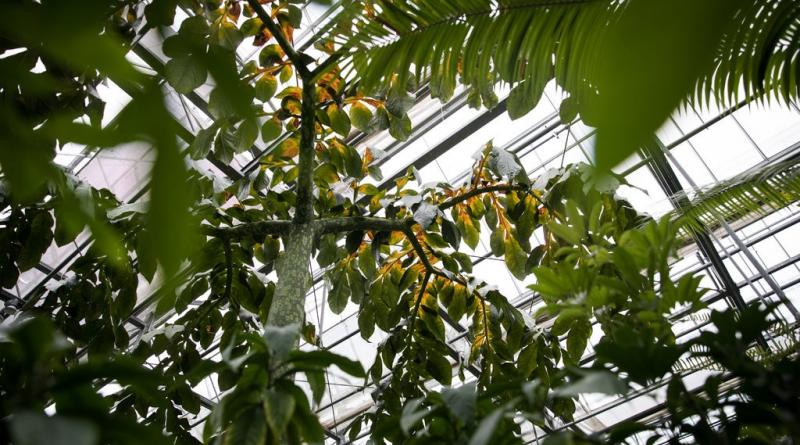 The last time the atmosphere contained as much carbon dioxide as it does now, dinosaurs roamed what was then a verdant landscape. The earth’s lushness was at least partly caused by the abundance of CO₂, which plants use for photosynthesis. That has led to the idea that more CO₂ in the atmosphere could create a literally greener planet.

Today, plants and soil around the world absorb roughly a quarter of the greenhouse gases that humans release into the atmosphere, helping the Earth avoid some of the worst effects of climate change. In an ideal situation, as levels of carbon dioxide increased, plants would soak up more of these emissions, helping to fuel their growth.

But in a study published Wednesday in the journal Nature, researchers found that under a warming climate, rather than absorbing more greenhouse gas emissions, plants and soil may start absorbing less, accelerating the rate of change.

“We have this image of the planet getting very, very green as we move into the future,” said Pierre Gentine, a professor in the Department of Earth and Environmental Engineering at Columbia University and an author of the study. “But it may be the opposite.”

It is well known among climate researchers that atmospheric concentrations of carbon dioxide increase during dry years, a sign that the earth is absorbing fewer emissions.

When the soil is dry, plants are stressed and can’t absorb as much CO₂ to perform photosynthesis. At the same time, because dry conditions are often accompanied by warm temperatures, microorganisms in the soil, which are more productive when it’s warm, release more CO₂.

As the climate changes, scientists know that there will be more years of extreme weather. That means extreme droughts, followed by years of heavier than normal rainfall, will become more likely. Dr. Gentine and his colleagues wondered if those conditions would balance out.

To check, they ran four different climate simulations and used satellite observations that essentially allowed them to observe photosynthesis from space. The goal was to see the impact that soil moisture had on Earth’s ability to absorb greenhouse gas emissions.

Though plants and soil could absorb more CO₂ during the wetter years, it did not make up for their reduced ability to absorb CO₂ in the years when soil was dry.

“Basically, carbon uptake is not a zero-sum game,” Dr. Gentine said.Even when a drought year is followed by a year as wet as the previous one was dry, it is not enough to compensate for the dry year, the researchers found.

Scientists are already beginning to see more of these sorts of climactic seesaws. As they occur, they will reinforce global warming, the new research suggests.

Caitlin E. Hicks Pries, an assistant professor of biological sciences at Dartmouth College who was not involved in the study, said in an email that the study was “a wake-up call to climate-change scientists like myself to prioritize responses to moisture in our experiments and observations of terrestrial ecosystems.”