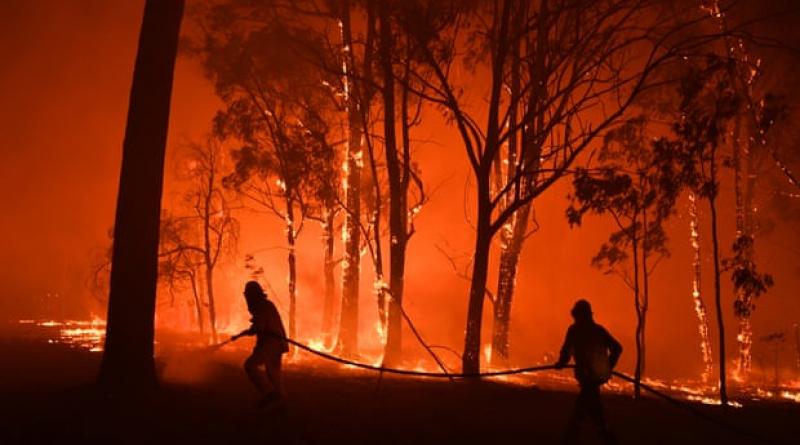 Usage of the term increased 100-fold in the space of 12 months, dictionary says.

Oxford Dictionaries has declared “climate emergency” the word of the year for 2019, following a hundred-fold increase in usage that it says demonstrated a “greater immediacy” in the way we talk about the climate.

Defined as “a situation in which urgent action is required to reduce or halt climate change and avoid potentially irreversible environmental damage resulting from it”, Oxford said the words soared from “relative obscurity” to “one of the most prominent – and prominently debated – terms of 2019.”

According to the dictionary’s data, usage of “climate emergency” soared 10,796%.

Oxford said the choice was reflective, not just of the rise in climate awareness, but the focus specifically on the language we use to discuss it. The rise of “climate emergency” reflected a conscious push towards language of immediacy and urgency, the dictionary said.

In 2019, “climate” became the most common word associated with “emergency”, three times more than “health emergency” in second.

In May, the Guardian updated its style guide to clarify that “climate emergency” or “global heating” would be favoured over “climate change” or “global warming” (although the original terms are not banned) – to better reflect the scientific consensus that this was “a catastrophe for humanity”.

Hundreds of cities, towns and even countries have also declared “climate emergencies” during 2019 – from Scotland in April, the UK parliament in May, Canada, France and the city of Sydney in Australia.

“In 2018, climate did not feature in the top words typically used to modify emergency, instead the top types of emergencies people wrote about were health, hospital, and family emergencies,” the selection panel said.

“But with climate emergency, we see something new, an extension of emergency to the global level.”

And for those protesting that “climate emergency” is two words, as the Australian Broadcasting Corporation’s resident linguist explained in 2017, single words can consist of two parts.

Such multipart constructions, like “heart attack”, “man-of-war” or the 2017 American Dialect Society word of the year “fake news”, are commonly accepted by linguists as words.

The dictionary’s word of the year is chosen to “reflect the ethos, mood, or preoccupations of the passing year” and should have “lasting potential as a term of cultural significance”.

“In 2019, climate emergency surpassed all of those other types of emergency to become the most written about emergency by a huge margin, with over three times the usage frequency of health, the second-ranking word,” Oxford said.

Like a 'second wife': Wind energy gives American farmers a new crop to sell in…