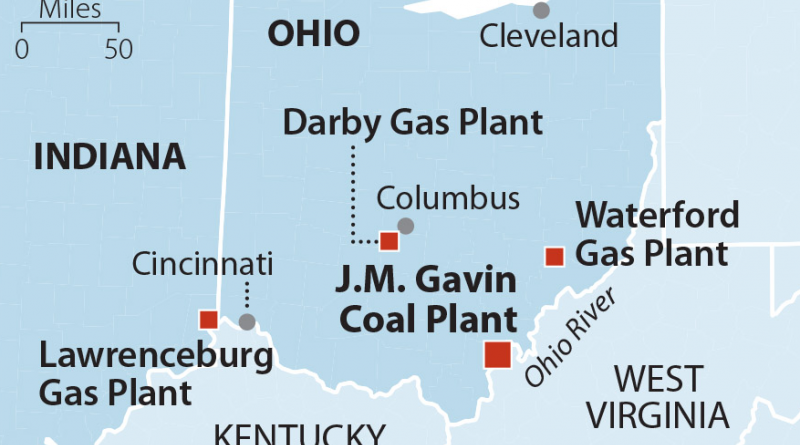 October 14, 2021 (IEEFA) — The major pension and retirement funds that own a piece of the General J.M. Gavin (Gavin) coal plant in Ohio face increasing challenges from their investment. Most investors do not know that they own a share of the plant and some are just beginning to realize it, according to an analysis by the Institute for Energy Economics and Financial Analysis (IEEFA).

“The financial community is moving rapidly away from fossil fuels, with more than 100 institutions already having financing restrictions in place,” said Dennis Wamsted, an IEEFA energy analyst and the report’s lead author. “But many retirement and pension funds still are invested in the sector, even those that have publicly committed to moving toward a low-carbon future. That discrepancy is a growing problem.”

Gavin is the fourth-largest carbon dioxide emitter among power plants in the United States, according to the Environmental Protection Agency. In 2021, the plant emitted more than 7.3 million tons of CO2 during the first six months of the year.

The plant and three other gas-fired facilities were bought in 2017 by Lightstone Generation, an entity owned equally by private equity funds controlled by ArcLight Capital Holdings (ArcLight) and the Blackstone Group (Blackstone). In turn, several major retirement funds—all with public policies calling for a low-carbon transition—are invested in the ArcLight and Blackstone entities. Among the largest investors are the New York State Common Retirement Fund, the California Public Employees Retirement System and the California State Teachers Retirement System.

“The pension and retirement funds involved in Lightstone have to answer one question,” said Seth Feaster, an IEEFA energy data analyst and report co-author. “How much longer can they remain invested in one of the largest CO2 emitters in the country?”

Gavin’s continued operation faces a series of challenges borne of a rapidly changing financial landscape, heightening the risks for pension fund investors. One particular red flag is the looming need to refinance the debt taken out to purchase the four Lightstone generation plants. That term loan, which comes due in January 2024, totals $1.7 billion. However, the banking industry’s turn away from the fossil fuel sector is likely to make refinancing difficult.

As of March 2021, the generating capacity of coal plants slated to retire or convert to gas by 2030 has risen by 10.5 gigawatts (GW), to a total of 81.3 GW—more than double the level of March 2020. Given this information, refinancing Gavin’s debt would create stranded asset risks for its owners, and serious financial and reputational risks for the pension and retirement funds backing the investment.

“Right now, investors in fossil fuels in private equity funds are facing a bumpy exit. They face investment loses,” Tom Sanzillo, a co-author of the report, said. “These steps for pension funds and private equity investors will protect against shaky fossil fuel investments, stop them in the future and protect the planet.”