Politicians are basking in the ‘thrill’ of fossil fuels, but this election is Australia’s last chance to reset our climate attitude 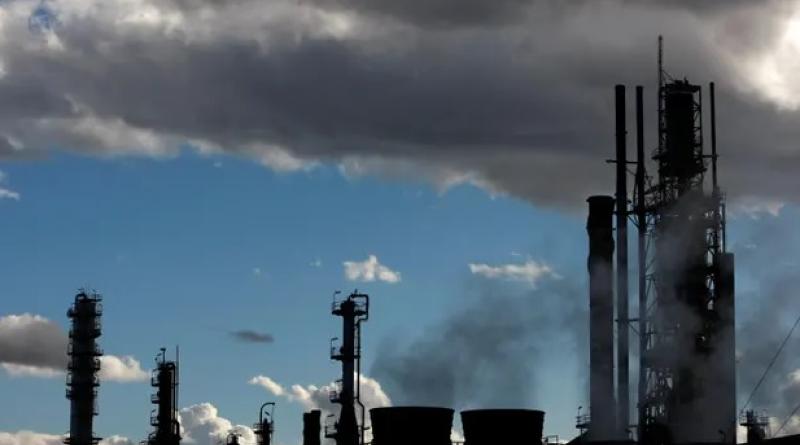 Despite being a top issue for Australians, climate action has been completely sidelined in favour of the total sham to expand gas and coal

What’s been astonishing about the Australian election debates is how they have completely sidelined the terrible disasters inflicted by climate change on our country over the last few years – indeed the past few months.

Right now there are residents of towns up and down the east coast whose homes have been destroyed by terrible floods – some of them twice in just a few short weeks.

The Liberal National Coalition now appears to be completely divided on net zero – at a time when the UN secretary general’s high-level expert group, of which I am a member, began discussions on the best way for non-state actors to achieve net zero. The establishment of this group follows very closely on the recently concluded IPCC report that many view as the last warning we’ll get from the scientific community about the need to act before it’s too late to avoid catastrophe.

As the world moves forward on climate action, the Ukraine crisis looks set to be push the world into accelerating the adoption of both renewables and hydrogen by about a decade. But here in Australia the narrative from conservatives and the gas industry is that to deal with the present energy crisis we have to expand gas and, to some extent, coal: a total nonsense.

Many don’t have insurance, but even if they do, they’re wondering if rebuilding in the same place is sensible. Where do they go? What do these people think when they see the politicians out on the campaign trail arguing for more fossil fuels, more emissions? And yet the ABC’s vote compass shows that climate change is a top issue for Australians in this election.

Many of the same regions were, just a few short years ago, evacuating from hellish bushfires that tore through seven million hectares, burning down homes, farms, sending species into near-extinction. Over here in the west, we have experienced record heat and unprecedented wildfires in the south-west over the last summer

The Great Barrier Reef is undergoing another major bleaching episode, and scientists studying it are beside themselves with worry – and frustration at the lack of action on climate change, not least from their own government.

This is Australia with just over 1.1 degrees of global warming. If all governments had climate targets matching those of Australia, we’d be heading to at least three degrees of warming, if not four.

The climate change debate exploded into the Australian elections this week after Matt Canavan trashed the Morrison government’s so-called net zero target – and pushed the continued use of coal.

The federal government’s net zero target is a sham. Its plan would only get emissions to 66% of what’s required, and reductions to 84% would be achieved via offsets and carbon sequestration, and as yet unheard of new tech. The rest, who knows?

And what a disaster carbon sequestration has turned out to be.

Australia National University’s Andrew Macintosh, a man who helped develop the system, used the word “fraud” to describe this dodgy scheme. His investigations have revealed a rort that has seen millions paid out for carbon credits for forests that have actually declined, increasing emissions – the opposite of what they’ve been credited for doing.

But relying on offsets is exactly what the gas industry wants politicians to do. And it appears to be getting its way, which is not surprising, given the cash it has stumped up for political parties.

Not only dodgy carbon credits, but it’s also promoting the magic technological fix of carbon capture and storage (CCS), an entirely unproven industrial application that is supposed to store carbon emissions underground so the industry can keep pumping them out.

Except it isn’t. Australia has its very own poster child of CCS failure: Chevron’s Gorgon project in Western Australia. The Institute for Energy Economics and Financial Analysis put it so well in releasing its investigation into the Gorgon project this week: “If Chevron, Exxon and Shell can’t get Gorgon’s carbon capture and storage to work, who can?”

The project has failed to meet any of its targets, by a margin of 50%. And as IEEFA points out, offsetting its carbon dioxide target shortfall may cost Gorgon US$100-184m – but ultimately it’s the Australian taxpayer who will pay the price.

Yet the government’s “low carbon emissions plan” includes funding four new CCS projects across the country, in some kind of blind allegiance to an industry dead set on destroying all of our futures. All at taxpayers’ expense, with hundreds of millions in subsidies.

What’s very interesting is that those of us in the UNSG’s net zero group are getting feedback from stakeholders, globally, and we’re getting a clear message: the use of offsets must be very strictly limited. Governments – and companies – must come up with targets aligned with 1.5 degrees of warming – with no “overshoot” (warming more than 1.5 and somehow bringing it back down) and focus on the critical issue of real emission reductions.

Another message is that we need a clear phase-out date for fossil fuels. We already know, for coal, that needs to be 2030 for the OECD, and gas should also be phased out on a fast track. Indeed the International Energy Agency’s net zero scenarios show Australia’s emissions from gas should be peaking by 2025, around the same time that Woodside’s Scarborough-Pluto expansion is set to take off.

Scott Morrison’s attitude to this whole question is clearly seen in the little jig that he did when the company reached financial closure on the Scarborough project, huge fossil fuel emitting project for which he “could not be more thrilled”.

Words fail me in responding to sentiments such as this, and the re-emergence of the destructive climate wars this week in the election campaign spearheaded by Morrison himself provide no sense of “thrill”, but one of sheer dread that this election is the last chance our political class has to reset its attitude to climate change.

cover photo: ‘If all governments had climate targets matching those of Australia, we’d be heading to at least three degrees of warming, if not four.’ Photograph: Mick Tsikas/Reuters