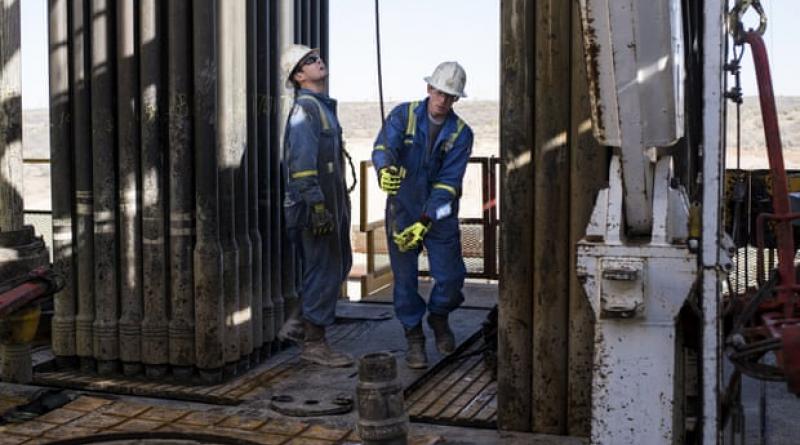 Firms including Woodside, Chevron, Shell and Exxon Mobil, told they could be downgraded within weeks

Rating agency S&P has warned 13 oil and gas companies, including the some of the world’s biggest, that it may downgrade them within weeks because of increasing competition from renewable energy.

The rating agency said it had increased its risk rating for the entire oil and gas sector from “intermediate” to “moderately high” because due to the move away from fossil fuels, poor profitability and volatile prices.

It said it also had a negative outlook for two other big oil and gas companies, British multinational BP and Canadian group Suncor, but did not plan to immediately reassess their credit ratings.

“In particular, we note significant challenges and uncertainties engendered by the energy transition, including market declines due to growth of renewables; pressures on profitability, specifically return on capital, as a result of high dollar capital investment levels over 2005-2015 and lower average oil and gas prices since 2014; and recent and potential oil and gas price volatility,” S&P said on Wednesday.

It said it did not plan to downgrade companies by more than one notch as a result of the risk to the industry as a whole.

“This said, we cannot exclude a combination of the industry risk revision and other material factors leading to a two-notch downgrade, especially given the potential for negative surprises after the Covid-19 impacts in 2020,” it said.

A two-notch downgrade would put Woodside at BBB-, which is one notch above a junk rating.

A lower credit rating can make it harder or more expensive for companies to borrow money. In particular, many fund managers will not invest in companies with a junk rating.

S&P’s move came after the world’s biggest funds manager, BlackRock, said it might dump shares in big greenhouse gas emitters in support of limiting global heating to 1.5C by 2050.

“I believe that the pandemic has presented such an existential crisis – such a stark reminder of our fragility – that it has driven us to confront the global threat of climate change more forcefully and to consider how, like the pandemic, it will alter our lives,” BlackRock chief executive Larry Fink said in a letter to CEOs.

The Danish climate minister closing down the oil industry for good.