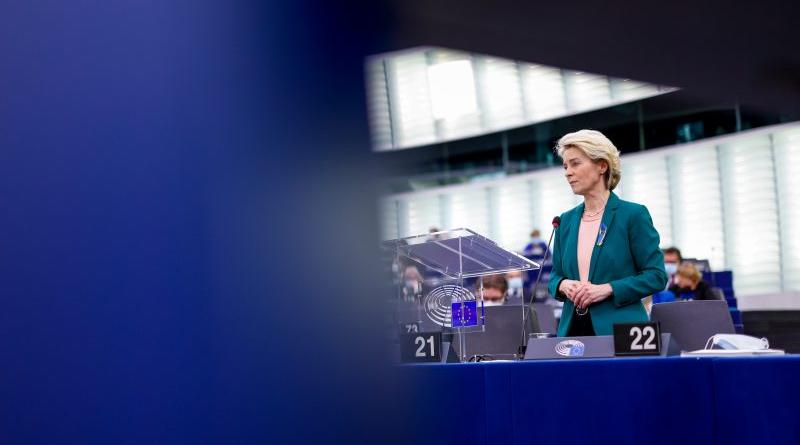 Yesterday’s launch of the European Commission’s new and revised proposals under the REPowerEU initiative is meant to strengthen the European Union’s decision-making on decarbonization and deliver policy response to the major crisis we are facing, a climate emergency and Russia’s horrific invasion in Ukraine. Yet, the answers the Commission has formulated are still short-sighted and vested in fossil re-sourcing, instead of going all-in for renewables and energy efficiency. At EREF, we are absolutely convinced that both are enough powerful driving forces for drastically reducing Europe’s resource dependency, slash Putin’s revenue streams and slow down his war machinery – and at the same time mitigate the progress of global warming, which according to a recent analysis1 could reach 1,5 degrees already by 2026.

The present crisis are very serious and have shifted EU policies to making much greater use of “the best bet we have at our hands” (see new EREF President Martin Bursik): to transform Europe’s systems and fuel them with 100% renewables. United in EREF since 1991, Europe’s independent renewable producers have been advocating for decades about the many great benefits that a substantial increase in the deployment of all available renewable energies 2 can deliver: not only can we reduce energy costs for consumers and the industry (with renewable largely being the cheapest source) and cut economic ties with rogue states and warmongers, but also will we act on our planet’s climate emergency and secure leadership in innovation and technology and labor markets that are future-proof.

While EREF in principle welcomes the Commission’s proposal to increase the 2030 target for renewables from 40 to 45%, we are in the process of developing, in cooperation with the Technical University of Vienna and commissioned by the Austrian Government, robust scenarios that demonstrate even more courageous target levels for 2030 are feasible, and compatible with the long-term objective to reach full decarbonization by 2050. The study will be launched in mid-June providing meaningful support to EU and national decision-making.

EREF supports the Commission’s ambition and is set to help implement, with its resourceful member organizations at national level, the measures that are required to meet the EU’s revised objectives and support policy and legal reform: the Commission is absolutely right to improve energy efficiency and increase the currently adopted 9% saving target to 13% by 2030, to introduce a solar obligation for commercial and public buildings as of 2025 (and for new 1 At present, we have reached 1,1 degrees, with a fifty-fifty chance temperature rise will hit 1,5 degrees until 2026, according to the latest climate update published by World Meteorological Organisation (WMO). 2 Europe can rely on a wide range of sustainable sources, incl. solar PV and heat, wind, hydropower, geothermal, bioenergy, wave and tidal energy – please EREF’s statement on this matter. residential buildings as of 2029), and to shorten permitting procedures for renewable projects and associated infrastructure down to one year, by having the Member States define “to-go-areas”.

Albeit EREF is of the opinion, that the Commission’s proposals do not go far enough – given current crisis levels, we need to immediately fast track planning and permitting procedures and confer to renewable energy producers the status of public service and energy security provider, with projects getting off the ground in no more than 3 months. This includes network access and connection, as well as support to Europe’s industry who needs to purchase energy directly from new renewable installations located in their vicinity, allowing for a more timely and local supply of green energy, reduce infrastructure needs and improve domestic competitiveness.

In parallel, the new plans from Europe foresee to foster the import of green hydrogen (yet something which should rather be produced within Europe’s borders) and to reinforce infrastructure for electricity - but also for gas and oil. Here, EREF would like to reiterate that any new infrastructure for fossil fuels should by no means hinder renewable energy development, and that costs for stranded assets are not passed onto to citizens’ energy bills, nor to the renewables sector. EREF also insists on a level-playing field with regards to the additionality of renewables in the set-up of new electrolysers projects.

To direct and implement such transformation, the Commission has declared to mobilise 300€ billion for investments, including for the support of those who heavily rely on fossil imports from Russia. At the same time, the EU is looking to diversify its supply and turning, through its strategies on international energy and the Gulf countries, to other non-democratic regimes, and create new resource dependency for Europeans – something the substantial increase in renewable energies can help avoid. Therefore, EREF is convinced, that the EU should - rather than seeking to replace Russian fossils by e.g., Saudi-Arabian - guarantee our energy security and diversify supply with our wealth of renewable sources that Europe has to offer.

In this context, EREF calls on national governments to enable and incentivise citizens to produce and consume their own renewable energy, individually and through community energy initiatives and small-scale projects. Empowering citizens and communities are mandatory, when considering the enormous potential and benefits, such as diverse and secure local supply, energy cost reduction, the environment, and a much-needed citizen engagement in the energy transition.

All in all, the REPowerEU initiative shows the way forward. Now, it’s time to pursue our efforts at Member State level and among the European Parliament, and make sure this new package can deliver but doesn’t remain just empty words. EREF will analyse these new documents in detail and looks forward to contributing with its long-standing expertise in renewable energies to the further process, both on policy and implementation.