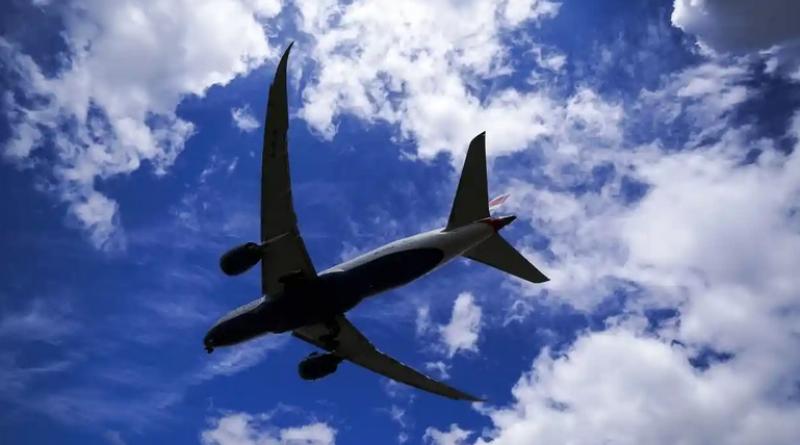 More than 5,000 completely empty passenger flights have flown to or from UK airports since 2019, the Guardian can reveal.

A further 35,000 commercial flights have operated almost empty since 2019, with fewer than 10% of seats filled, according to analysis of data from the Civil Aviation Authority. This makes a total of about 40,000 “ghost flights”.

In one quarter, for example, 62 empty planes left Luton airport for Poland, while in another, Heathrow saw 663 almost empty flights going to and from the US. Both quarters were during the Covid-19 pandemic.

Air travel results in more carbon emissions per hour than any other consumer activity and is dominated by a minority of frequent fliers, making it a focus of climate campaigners. They called the ghost flight revelations “shocking” and said a jet fuel tax was needed and airport expansion plans should be questioned. The UK government describes ghost flights as “environmentally damaging”. 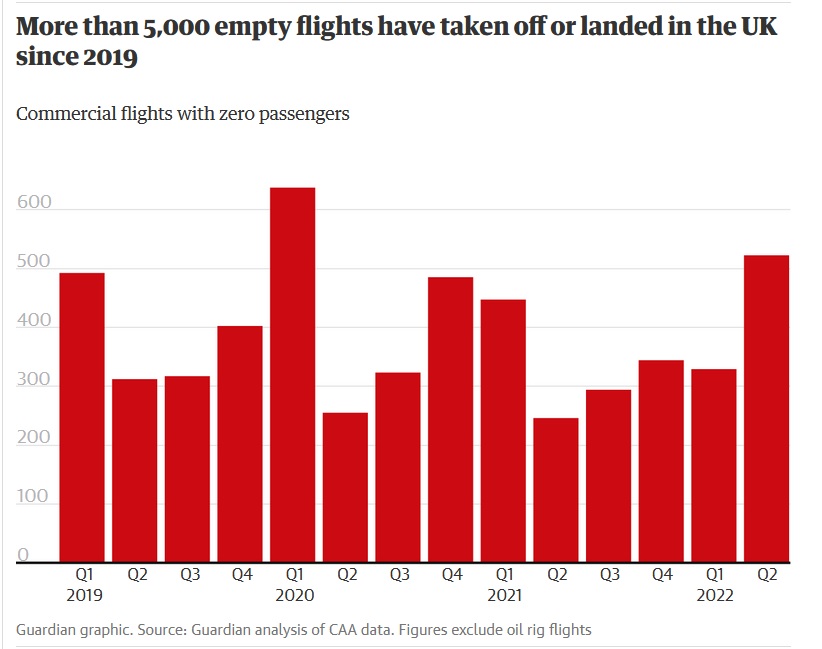 Why ghost flights operate remains unclear. Only airlines know the reasons but they do not publish data that explains the practice. Ghost flights may run to fulfil “use-it-or-lose-it” airport slot rules, though these were suspended during the height of the pandemic. Other reasons cited by airlines include Covid repatriation flights or the repositioning of aircraft. But these cannot be verified and campaigners said more transparency is needed.

The new data gives the fullest picture to date of the number of UK ghost flights, as previous data only counted international departures. It now includes international arrivals and flights within the UK. The CAA will now publish this data quarterly, as a result of a series of FOI requests by The Guardian.

“Publication of this data is a step in the right direction, but we need more transparency to understand why these inefficient, polluting practices continue, and to hold the main airline culprits to account,” said Tim Johnson at the Aviation Environment Federation. “Given the climate emergency, the revelation that so many near empty planes have been burning fossil fuels and adding to the CO2 building up in the atmosphere is pretty shocking.”

A spokesperson for the Department for Transport said it will work with the CAA to monitor aircraft occupancy to seek greater transparency on the issue of ghost flights. 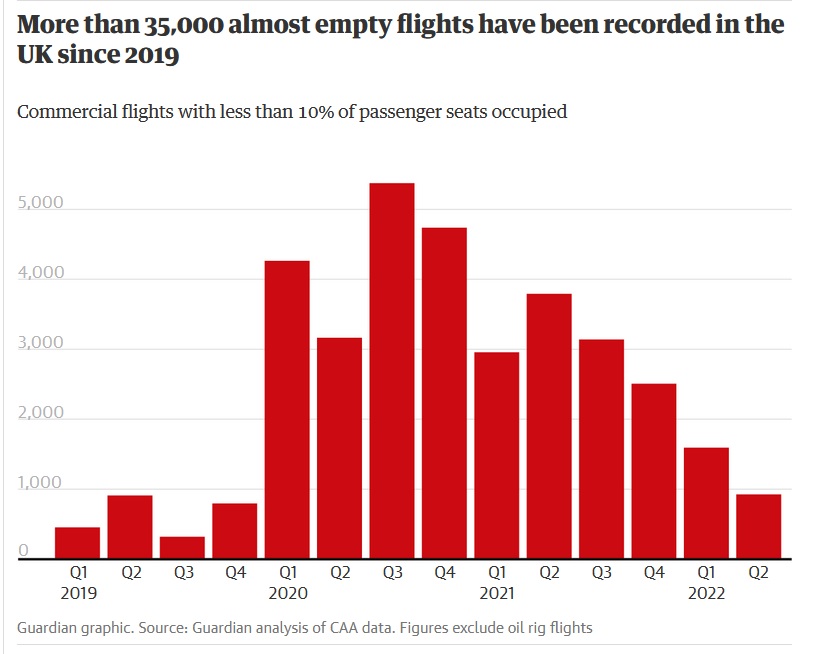 The data shows an average of 130 completely empty flights per month since 2019. The number of empty flights remained at a similar level before, during and after pandemic travel restrictions, with the second highest level in the second quarter of 2022. This suggests the reason the airlines chose to fly empty planes was not related to the impact of Covid on aviation.

Half of the empty flights were within the UK and the top seven airports accounted for two-thirds of the total, led by Birmingham with 1,455, Luton (1,307), and Bristol (758). The number of empty flights did not correlate with the total number of flights at each airport, suggesting they may reflect issues on specific routes.

There have been an average of 1,200 almost empty ghost flights per month since the start of 2020, when numbers jumped at the start of the Covid pandemic. Most of these – about 80% – were to or from foreign destinations.

Alethea Warrington, at climate charity Possible, said: “This shocking new data on ghost flights is yet another example of how the aviation industry cannot be trusted to get its emissions on track to tackle the climate crisis.”

“Following a summer of record-breaking, runway-melting heat, this wanton waste of carbon by airlines flies in the face of those feeling the full brunt of our warming world,” she said. “To end this for good, it’s time to start taxing kerosene to discourage unnecessary emissions.”

A spokesman for Airlines UK said: “Millions of flights arrived and departed the UK between 2019 and 2022, with only a tiny fraction operating without or with few passengers and for a variety of operational reasons driven by the pandemic.”

1% of people cause half of global aviation emissions – study.