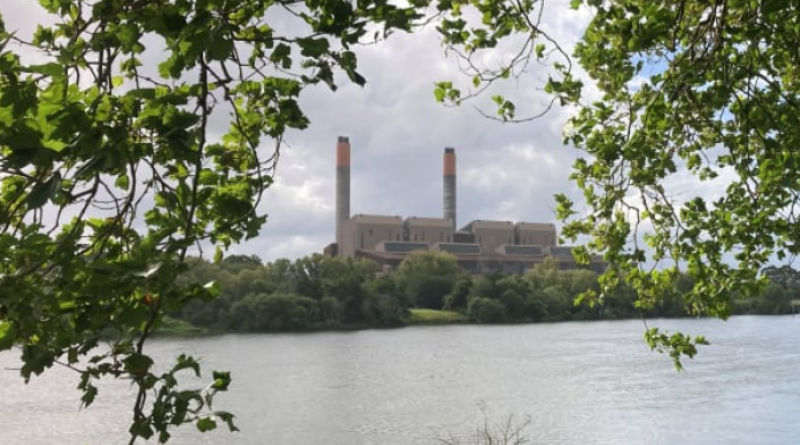 The concern is that, with existing tools, the only way to store power is behind hydro dams, or by stockpiling coal and gas. Wind and solar arrays don't store the power they generate; it has to be used immediately.

Take last Wednesday, for instance. While New Zealand's wind turbines have capacity to generate 780MW of power, on that day they generated only 4MW nationwide – and so the country relied on the coal-fired power from Huntly instead.

Former Hawkins Construction chief executive Geoff Hunt was the engineer who conceived and led the design and construction of the 11km temporary transmission line to restore power to the Auckland CBD in 1998. He issued a stark reminder of the "international embarrassment" of that electricity supply failure, which turned off the lights in the centre of New Zealand's biggest city for three weeks.

"As we increase our dependence on electricity, security of supply becomes paramount," he said.

"We live in an earthquake prone country with rupture of the Southern Alp fault line a certainty at some point. We have periodic volcanic eruptions in the central North Island. Both of these events, and others, have the potential to interrupt the supply of electricity from the South Island to the upper North Island."

"We wouldn't keep the plant open if there were viable alternatives, don't get us wrong," he said. "But we can't see those alternatives on the horizon, certainly not economically viable."
– Marc England, Genesis Energy

He warned against prematurely closing Huntly coal and gas-fired power station, until alternative generation is built and operating.

The Climate Change Commission has already started reviewing submissions: "I’ve been working in climate policy for 20 years and I have never seen this level of impetus and engagement from so many New Zealanders," said Jo Hendy, the Commission's chief executive.

"The conversation has been very diverse – different viewpoints, young people, parents, small business owners, iwi/Māori, community, and a raft of different sectors and interest groups. It has been a busy and productive eight weeks.”

The Commission's next step is to finish processing the feedback, including re-running its models, then deciding what changes to incorporate into its final advice. "This is a pivotal time in the response to climate change here in Aotearoa, and we are grateful to all of the New Zealanders who are engaging with the process,” Hendy said.

The industries most adversely affected by the Commission's draft advice would be coal, oil and gas. And the advice anticipates the closure of the Tiwai Point aluminium smelter in 2026 and the Methanex methanol facilities in 2029.

"We need to almost eliminate fossil fuels. This means ending the use of coal."
– Climate Change Commission

Across the coal mining and oil and gas sectors, between 600 and 1,100 more people would lose their jobs by 2030, in addition to the 600 job losses already projected under current policy settings. However, new job opportunities would arise in the circular economy, in biofuel and hydrogen research, production and distribution and in other new technologies.

The Commission expects to phase out new natural gas connections to buildings by 2025. In industry, it says boilers should be rapidly converted to electricity or biomass, at an equivalent rate of one or two large dairy factories per year. "We need to almost eliminate fossil fuels," its advice says. "This means ending the use of coal."

According to the NZ Electricity Authority's definition: "Security of supply refers to the electricity industry providing appropriate electricity system capabilities (such as generation and transmission capacity) and storable fuels (such as water, gas and coal) to maintain normal supply to consumers.”

Hunt and others in the energy sector say that can't yet be guaranteed if the Government accepts the Commission's advice and moves to phase out coal and natural gas.

Electricity company Genesis, which owns the Huntly coal and gas-fired power station, has said resolutely that New Zealand still needs the plant, as a backup in dry years and emergencies. It casts doubts on the Commission's assumption, based purely on supply contracts, that Tiwai Pt and Methanex will soon exit the New Zealand market leaving bountiful supplies of cheap, renewable hydro electricity to support New Zealand's transition to a low carbon economy.

Genesis chief executive Marc England told Newsroom that the energy company was working to replace Huntly's 365-day baseload generation with 2,650 gigawatt-hours a year of new renewable power, but the plant would still be needed for at least the next 10 years as a backup – for when the transmission network breaks down, the hydro lakes run dry or the wind eases.

"It's the inconvenient truth, as I often say, of a highly renewable electricity system, is it's weather dependent," he said.

"We wouldn't keep the plant open if there were viable alternatives, don't get us wrong. But we can't see those alternatives on the horizon, certainly not economically viable."

"Genesis is not convinced that banning internal combustion engines, thermal electricity generation or new natural gas connections from 2025 or sooner is along the fastest route to reducing emissions. Each action is more likely to create positive consumer sentiment and outcomes if the focus is on incentivising renewable electricity, electric vehicles and bio-fuels."
– Genesis Energy

"Doing it the wrong way, not understanding the interdependencies in the economy, means we would have disruption. And we don't want that, we want this to be a smooth transition."

England argued that New Zealand should focus on increasing the use of renewable energy right across the board – in particular, the reliance of the transport sector on petroleum – rather than investing all its resources in getting rid of the last little bit of non-renewable electricity generation. That's a view shared by other energy companies and, indeed, by the Climate Change Commission.

The Commission says the abatement cost required to achieve 100 percent renewable generation by 2030 would be very high at $1,200 per tCO2e.

But despite England's preference for reducing carbon emissions from other forms of energy, he preferred a carrot to a stick. He said New Zealanders would respond better to education and market imperatives like the Emissions Trading Scheme, than to blunt instruments like bans on new gas connections to homes.

In its submission, the power company says: "Genesis is not convinced that banning internal combustion engines, thermal electricity generation or new natural gas connections from 2025 or sooner is along the fastest route to reducing emissions. Each action is more likely to create positive consumer sentiment and outcomes if the focus is on incentivising renewable electricity, electric vehicles and bio-fuels.

"Banning natural gas connections, for example, risks stranding natural gas infrastructure that could be used for the deployment of green gases in future and which could play an important role in the overall future energy mix."

Newsroom has also requested and been supplied copies of the submissions made by energy companies Mercury, Meridian, Contact and Firstgas, as well as the petroleum mining industry association, Energy Resources Aotearoa.

Mercury says flexible gas supplies will be required beyond the Government's 2030 target for 100 percent renewable electricity. "Maintaining gas in the system is likely to be the least cost and most efficient way to deliver emissions abatement across the economy," its submission says.

"Without an appropriately managed transition for fossil fuels from the electricity system Aotearoa New Zealand runs the risk of perversely increasing emissions to ensure security of supply (as is currently occurring with the increase in coal generation due to the shortage of gas supplies) or raising electricity prices and delaying the transition of the transport and process heat sectors to renewable electricity and alternative fuels."

Meridian Energy chief executive Neal Barclay agreed that the best "bang for the buck" for the Government would be increasing the amount of renewable energy used across all sectors from 40 percent to 60 percent, rather than phasing out the last non-renewables from the electricity sector. "Meridian’s modelling is consistent with that undertaken by the Commission to the extent that some gas generation remains in the system to cover dry year risk beyond 2035," the company says in its submission.

Contact Energy retails both electricity and natural gas. The company is building a 152 megawattt geothermal power station at Tauhara, which it says will be the country’s leading baseload, low-carbon, renewable electricity investment. Due to be completed in mid-2023, it will deliver 3 percent of New Zealand's electricity needs and power the equivalent of 175,000 homes.

Critically, it says its exploring investing in a 50 megawatt battery in the North Island, to leverage renewable generation during periods of low demand each day. The investment in storage options like these reflect how dubious the other energy companies, are about the Government's proposed $4b pumped hydro "battery" at Lake Onslow, in the South Island.

Governments should use Covid-19 recovery efforts as an opportunity to phase out support for fossil fuels, say OECD and IEA .