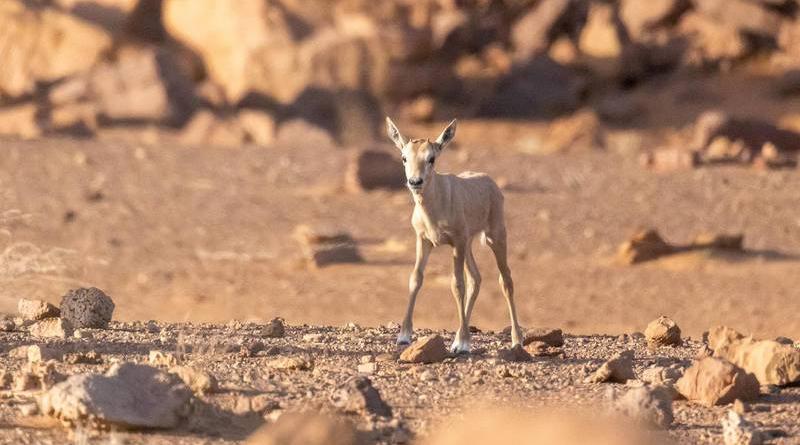 Saudi Arabia has welcomed the first Arabian oryx to be born in the kingdom in nine decades.

The calf was born at the King Salman Royal Reserve in the Northern Borders province, “after the interrupted labour of the Arabian oryx species that lasted 90 years”, authorities said on Monday.

The Arabian oryx was successfully released back into the wild under a programme by the kingdom to reintroduce endangered species back into their natural habitats.

The Arabian Oryx, the largest land mammal native to the Arabian peninsula, weighs about 80 kilograms. Also known as the white oryx, its face and legs are dark in colour.

Hunting and capture have resulted in a precarious future for the large antelope. Saudi conservationists have worked hard to preserve the numbers of oryx in captivity, with a view to releasing them back into the wild.

Ahmed Al Bouq, the supervisor of the National Centre for Wildlife Development, said the kingdom plans to return 1,200 oryx to their natural habitat.

About 7,000 currently in captivity will be returned to three regions in the kingdom in future campaigns.

Mr Al Bouq said the Arabian oryx, one of four species of oryx in the world, is part of the region’s identity.

The antelope is distinguished from other oryx in the region by its long horns, which are thicker and shorter in males, as well as its large hoofs and tufted tail.

The Arabian oryx has adapted to cope with the harsh and dry desert environment over thousands of years, with its white coat helping to reflect heat and lower its body temperature.