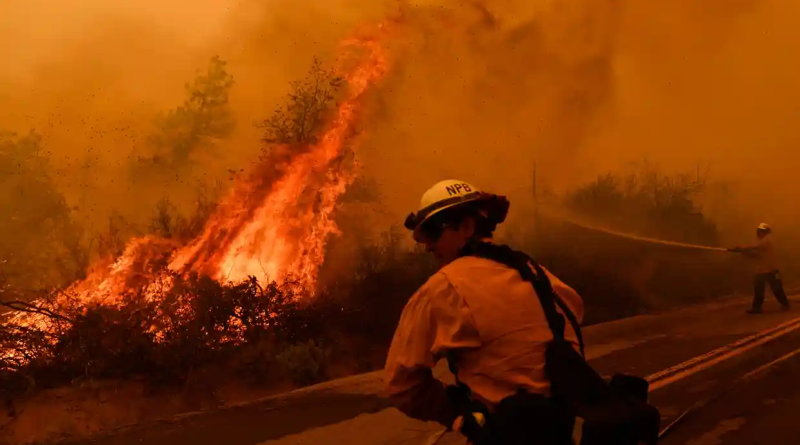 Talks stretch past deadline as governments are accused of trying to water down finding.

The world must abandon fossil fuels as a matter of urgency, rather than entrusting the future climate to untried “techno-fixes” such as sucking carbon out of the air, scientists and campaigners have urged, as governments wrangled over last-minute changes to a landmark scientific report.

Talks on the final draft of the latest comprehensive assessment of climate science, from the Intergovernmental Panel on Climate Change (IPCC), stretched hours past their deadline on Sunday.

Scientists and governments were locked in disagreement on questions such as how much funding was likely to be needed for developing countries to tackle the climate crisis, and what emphasis to give policies such as phasing out fossil fuel subsidies.

Governments have been accused of trying to water down the scientists’ findings, originally due to be published early on Monday but – after delays and disagreements on Sunday – postponed by six hours to later the same day.

The Guardian understands that India has demanded key changes on issues including finance, along with Saudi Arabia which wants to see affirmation of a continued role for fossil fuels, while other countries including China and Ecuador also held out on some points. Russia has played a more muted role than some feared.

Kevin Anderson, professor of energy and climate the Tyndall Centre for climate research at the University of Manchester, one of the UK’s leading climate academics, called for the scientists to prevail.

“I hope Working Group 3 [the IPCC section about to be published] has the courage to actually call for the elimination of fossil fuels production and use within a Paris [agreement] compliant timeline,” he said.

This is the third part of the IPCC’s latest landmark assessment, and the most contentious because it covers the policies, technologies and finances needed to cut greenhouse gas emissions.

The first part, covering the physical science of climate change, was published last August showing the world had only a narrow chance of limiting global heating to 1.5C; the second, published just over a month ago, showed the catastrophic impacts heating of 1.5C would have, but it was overshadowed by Russia’s invasion of Ukraine.

The report itself – hundreds of pages long and drawing on the work of thousands of scientists over the past eight years – is settled, but still in dispute is the crucial “summary for policymakers”, a selection of key messages running to only about 40 pages.

While the report is drafted by scientists, the summary – which is the key reference document for governments – is edited with input from every UN member state that wishes to be represented.

The latest warning from the IPCC – the final instalment of its mammoth comprehensive assessment, before a synthesis report in October draws together its key messages in time for governments meeting for the UN Cop27 climate summit in Egypt this November – comes at a crucial time.

Many countries, including the US, the EU and the UK, are reconsidering their reliance on fossil fuels in light of the Ukraine war, which has pushed already high energy prices to record levels. Energy is now seen as a national security issue, and the crisis in the cost of living in many countries is forcing governments to rethink ways to protect their citizens, from high prices and climate breakdown.

Rachel Kyte, the dean of the Fletcher School at Tufts University in the US, said: “We are at a moment of increasing tension around the world, with every excuse possible for distraction and delay. We now have to put our arms round a new form of energy security, one that embraces everyone – a new kind of politics. We are at a moment of reckoning and the IPCC report just puts an exclamation point at the end of that.”

Some governments are likely to stress the role the IPCC foresees for techniques that remove carbon from the air, such as carbon capture and storage, used to neutralise fossil fuel power stations, and technologies such as “direct air capture” by which carbon is chemically extracted from the atmosphere.

The IPCC in its broader report is likely to warn that these techniques are unproven and likely to be prohibitively expensive to use quickly at the scale required, but governments may force more favourable language into the summary.

Nikki Reisch, the director of the energy and climate programme at the Center for International Environmental Law, said governments should be clear: “There is no room for more oil and gas full stop. [Some businesses] want to perpetuate the myth that we can carry on using fossil fuels. But we need a just transition away from fossil fuels, not techno-fixes.”

Anderson said this was a key dilemma. He warned the report could “pull its punches, hiding behind billions of tonnes of carbon dioxide removal … [If that is what emerges], then the academic community will have abdicated its responsibility and opted for realpolitik over real physics. The climate responds only to the second.”

Stephen Cornelius, the head of delegation for WWF, defended the IPCC process against charges that governments could use it to water down scientific warnings. He said that as governments played a role in writing the summaries, they could not shirk responsibility for heeding the warnings they contain.

“The IPCC is a useful process,” he said. “It is cumbersome, there is a long time between the outlines and the report, but … the reports have political buy-in, and that’s why they are taken seriously.”

Author: Talks stretch past deadline as governments are accused of trying to water down finding

Climate science is supporting lawsuits that could help save the world.