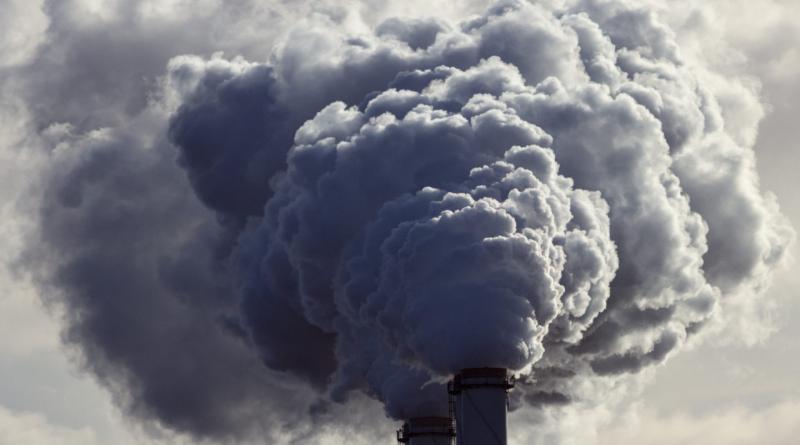 Scots universities signed up to a COP26 green network of academic institutions committed to tackling climate change have shares worth nearly £5.2 million in fossil fuel firms and arms companies.

An investigation by The Ferret ahead of the 2021 United Nations Climate Change Conference in Glasgow, aka COP26, can reveal that both Glasgow and Strathclyde universities invest in Royal Dutch Shell and BP. Glasgow University also invests in Halliburton, a US firm which operates in the oil and fracking sectors.

The universities also own shares in arms companies such as BAE Systems, Thales, and Leonardo, major players in a military-industrial sector whose carbon footprint has caused concern.

According to one report arms firms annually emit more greenhouse gases than 60 individual nations – including Uganda which has a population of 45 million people.

Critics have called on both universities to divest from these firms, arguing they should not fund companies that profit from environmentally damaging practices and conflict.

In reply, however, both Glasgow University and Strathclyde University said they are fully committed to tackling the climate emergency.

COP26 is due to take place in Glasgow in November. The United Nations event will be hosted by the UK Government with US President Joe Biden expected to attend, as well as dozens of other world leaders.

Both Strathclyde and Glasgow universities are part of the COP26 Universities Network which involves more than 40 UK universities.

The Network’s mission “is to ensure that the UK academic sector plays our role in delivering a successful COP26, getting all players on track to deliver a low-carbon, resilient world”.

It adds: “We aim to do so by easing access to evidence and academic expertise for COP26 for government, NGOs, and other actors, and by taking action ourselves.”

The Ferret looked at hundreds of firms’ green credentials after obtaining details of universities’ share holdings through freedom of information requests.

Both universities also invest in arms companies whose operations impact the environment.

Glasgow University has shares worth £524,381 in BAE Systems and £18,253 in Leonardo, an Italian arms firm which employs nearly 2000 people in Edinburgh.

Its shares in US defence company Lockheed Martin are worth £151,587, while shares in Northrop Grumman amounted to £80,230. It also invests in the French arms firms, Thales, with holdings worth £16,418, while its shares in Qinetiq were worth £523,994.

The total Glasgow University has invested in arms firms amounts to £1,314,863.

The Ferret calculated that both universities collectively hold shares worth £5,180,761 in fossil fuel and arms companies.

Military activity such as deploying combat planes, warships and tanks is energy intensive and dependent on fossil fuels. 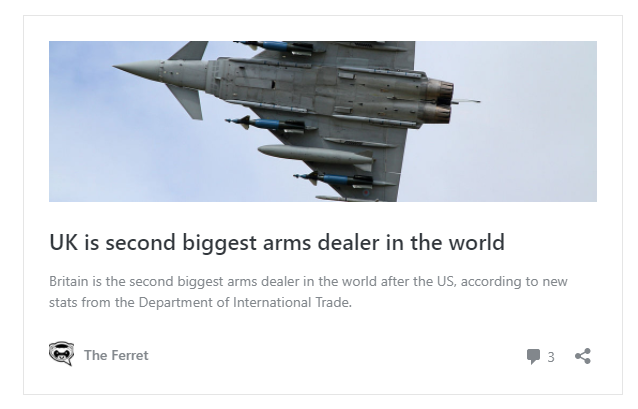 A report last year by Scientists for Global Responsibility (SGR) and Declassified UK, said the military-industrial sector is a large source of greenhouse gas emissions.

The report said the carbon footprint of UK military spending in 2018 was the “equivalent to the total CO2 emitted by the annual average mileage driven by over six million UK cars”.

Ric Lander, divestment campaigner at Friends of the Earth Scotland, said: “Glasgow University students and staff will be especially surprised, given the university made a historic commitment to divest from fossil fuels as long ago as 2014. What’s the hold up?”

The continued investments of academic institutions in fossil fuel companies, the industry most responsible for the climate crisis, shows a clear and indefensible gap between words and action.

Lander pointed out that some of Scotland’s universities have gone fossil free, including Glasgow Caledonian and Edinburgh University. He said this proves that “investment in zero-carbon solutions is entirely achievable”.

Lander continued: “In 2021, the year of COP26, divestment from fossil fuels would be a fantastic way for Glasgow-based institutions to make a bold statement for climate justice.”

J Clarke, co-director of climate campaigns at People and Planet – a UK-wide student network – said: “The continued investments of academic institutions in fossil fuel companies, the industry most responsible for the climate crisis, shows a clear and indefensible gap between words and action.”

Clarke added: “Universities positioning themselves as key actors in the solution to the climate crisis must immediately cease actively participating in the causes of that crisis. As the divestment movement has been saying for almost a decade: if it is wrong to wreck the climate, it is wrong to profit from that wreckage. It is time to move the money out of fossil fuel companies.”

Emma Cockburn, Scotland co-ordinator for Campaign Against Arms Trade, said it was “disgraceful” that Glasgow’s two largest universities are investing millions of pounds worth of public money into “companies who thrive on arms sales and the exploitation of the Earth’s natural resources”.

“These institutions are supposed to be working for the public good, ” Cockburn added.

She called on universities to “do the right thing by adopting ethical investment policies”.

Cockburn added: “With COP26 fast approaching, the contribution of Scotland’s universities should be to champion positive-change and to focus on the devastating impact that these sectors are having in conflict zones around the world and on the environment around us.”

We are committed to implementing a responsible investment strategy that takes account of a range of environmental, social and governance issues to inform the university’s investment portfolio.

In reply, Strathclyde University said that last year it transferred approximately seven per cent of its investment portfolio to a sustainable fund, “resulting in a near halving of the carbon intensity of the portfolio”.

The university added it does not invest in companies that breach a number of criteria on human rights and ethics including firms deemed “incompatible with the ‘2 degree world’ climate change objective”.

Steven Wallace, Strathclyde University’s chief financial officer, told The Ferret: “As a socially-progressive, values-driven organisation, the University of Strathclyde recognises and is fully aware of its responsibilities towards tackling climate change.

“We are committed to implementing a responsible investment strategy that takes account of a range of environmental, social and governance issues to inform the university’s investment portfolio.”

A University of Glasgow spokesperson said the institution was “proud to have taken a leading role among higher education institutions in making real and lasting commitments to tackle the climate emergency”.

The spokesperson pointed out that in 2014 Glasgow became the first UK university to commit to fully disinvesting from fossil fuel investments within a decade, adding that “this was a promise we are on track to deliver”.

In 2017, Glasgow University signed the Sustainable Development Goals Accord to formalise efforts to combat climate change.

The university spokesperson added: “In 2020, we launched Glasgow Green, our climate change strategy and action plan, in which we promised to go further and faster with our climate actions, setting an ambitious target to make the University carbon-neutral by 2030.

“Last year we also established our Centre for Sustainable Solutions to find new ways to turn our climate-related research into action and to further our integration into the local community’s climate change planning.”

A BAE Systems spokesperson said: “We’re committed to the highest standards of environmental management and, as a major manufacturer, we’re focused on reducing the environmental impact of our operations, products and supply chain as part of our sustainability agenda.”

A Shell spokesperson said: “We agree action is needed now on climate change. What will accelerate the energy transition is effective policy, investment in technology and changing customer behaviour.

“Addressing a challenge this big requires a collaborative and global approach. Shell is playing its part. We have set an ambition to be a net zero emissions energy business by 2050, or sooner, which means moving in step with society to address our own emissions and help customers to reduce theirs.”

A Lockheed Martin spokesperson said: “Lockheed Martin is applying sound science and forward thinking to address some of the most pressing environmental, social, and governance issues facing society today and in the future.

“As a global technology leader, we’re engineering science that supports the world’s most advanced infrastructure from space-based communications to efficient energy access to government stability.

“As a responsible global citizen, we’re developing our products and services in ways that protect the environment, strengthen communities and propel responsible growth.”

Northrop Grumman says: “A global security company, we understand that the conservation of natural resources and the mitigation of environmental impacts are vitally important for the protection of this generation and those to come.

“Our corporate values strongly support environmental sustainability and our greeNG Program is leading the charge on turning these ideals into action for the company. Through corporate programs and sector executed projects, we are helping to drive long–term affordability and provide value to our customers and shareholders by reducing our environmental footprint and improving operational efficiency.”

Halliburton says: “Protection of health, safety and the prevention of pollution to the environment are primary goals of the Company. The Company will strive to develop and provide products and services that have no undue environmental impact and are safe in their intended use, efficient in their consumption of energy and natural resources and can be recycled, reused or disposed of safely.”

BP says: “We approach every major project aiming to understand and sustain the local environment through reciprocal engagement with local communities. To identify potential impacts, we carry out detailed environmental and social assessments before starting major projects.

“In 2019 we updated our requirements and associated guidance in our operating management system (OMS), for sites to effectively mitigate their environmental and social impacts through the mitigation hierarchy.”

In 2019 The Ferret reported that Shell had been named in a new database on pollution compiled by the government’s Scottish Environment Protection Agency. Shell’s St Fergus gas plant near Peterhead emitted nitrous oxide, a greenhouse gas.

This story was published in tandem with the Sunday National.

World is ‘doubling down’ on fossil fuels despite climate crisis – UN report.

The Other Fossils in the Boardroom.