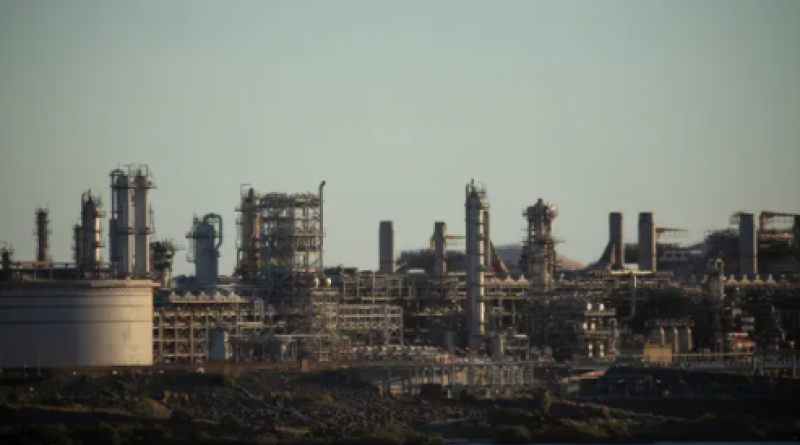 Scott Morrison has told the country’s most senior business leaders he “did a bit of a jig” after hearing one of the biggest fossil fuel projects in Australia in the last decade had achieved final investment approval by the energy giant Woodside.

The prime minister told the Business Council of Australia on Wednesday afternoon the government welcomed Woodside’s decision on Monday to green light the $16.2bn Scarborough gas development – a project that has been labelled a “disaster” by environmentalists.

“I did a bit of a jig out of the chamber the other day when minister [Keith] Pitt came up and confirmed to me that had taken place and Richard [Goyder, chairman of Woodside,] had been in contact,” the prime minister said.

“I just could not be more thrilled about that. It is such a shot in the arm for the economy and it will power us into the future, and it is an enormous vote of confidence about what is happening here in Australia.”

The comments came in a section of the speech in which Morrison declared Australia needed to secure its place in the new energy economy, including positioning the nation “to become a world-leading producer and exporter of hydrogen”.

But the prime minister assured business leaders while the government was pursuing new technologies to help Australia meet its new net zero by 2050 emissions reduction target – a commitment the prime minister outlined before the Cop26 in Glasgow – “of course we are not walking away from our established strengths”, meaning gas exports.

Woodside said the project would be a source of low-carbon gas, but the Conservation Council of Western Australia said it represented the most polluting fossil fuel development in recent memory.

The International Energy Agency said in May that limiting global heating to 1.5C, a goal set out in the Paris agreement, meant exploration and exploitation of new fossil fuel basins had to stop this year.

Addressing a Lowy Institute event, Cormann said he had attended Cop26 earlier this month “where the need to accelerate global policy action to match climate commitments was obviously very stark”.

But when asked whether Australia should have taken a more ambitious 2030 target to Glasgow, Cormann avoided directly criticising the Coalition government, saying it was important “to have credible and realistic transitions” to net zero by 2050.

“I think it’s always important to be more ambitious, but it’s even more important to be able to deliver the outcomes,” Cormann said as he delivered the Lowy Institute’s Owen Harries Lecture.

“And the outcome that we need the world to deliver is global netzero by 2050. And in that sense, we’ve got to continue to make decisions that help reduce the global problem, that don’t just shift the problem from one jurisdiction to other jurisdictions around the world.”

Those sorts of tariffs have been strongly opposed by the Australian government, which has branded the EU proposal as a “new form of protectionism”.

But Cormann appeared to sympathise with the rationale behind EU-style border adjustments. He said the OECD’s push for greater transparency about carbon pricing “would complement, not substitute, for other initiatives to address the risk of trade distortions and carbon leakage from the lifting of ambition in individual jurisdictions”.

“The challenge is to ensure the level of ambition and effort in individual jurisdictions can be lifted to the level required while maintaining a global level playing field, avoiding counterproductive trade distortions, and carbon leakage,” he said.

Cormann - who as a member of the Abbott government helped abolish the Gillard government’s carbon pricing scheme - also called for an “internationally more coherent and globally better coordinated approach to the pricing of emissions”. He gave a nod to broader structural reform.

“It’s also important to remember that securing the transition to netzero emissions is not a job for climate policies alone. We need a carefully sequenced and coordinated fiscal, financial and structural reform package with the whole spectrum of public policy kicking in the same direction.”