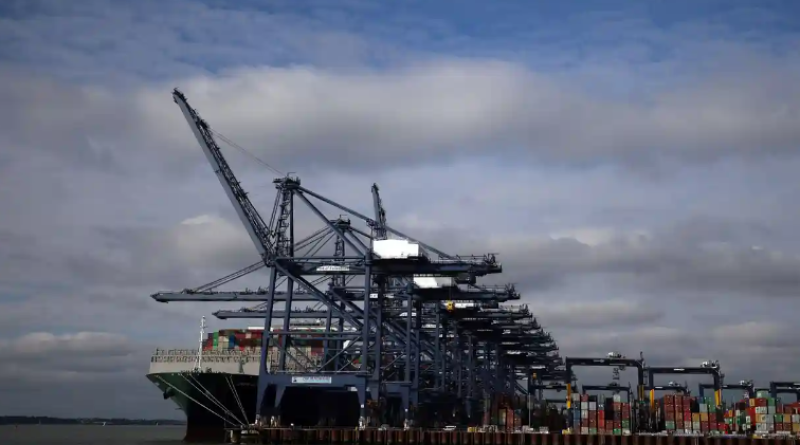 ScottishPower is planning to build a £150m green hydrogen plant at the Port of Felixstowe to power trains, trucks and ships, the Guardian can reveal.

The energy company has drawn up proposals for a 100megawatt plant at the Suffolk port which will provide enough fuel to power 1300 hydrogen trucks from 2026.

The company, owned by €63bn Spanish utilities giant Iberdrola, said demand for the green fuel had stepped up since petrol and diesel prices began to soar last year, emboldening the firm to invest.

It has submitted an application to the government’s Net Zero Hydrogen Fund, which provides state backing to develop low-carbon hydrogen projects for the next three years. ScottishPower estimated the whole project could cost between £100m and £150m.

ScottishPower plans to build the facility, which will be around the size of a football pitch, on brownfield land within the port, which is one of the busiest in the UK and a trade hub.

Green hydrogen is produced by using renewable electricity to drive an electrolyser that splits water into hydrogen and oxygen. The gas is burned to produce power, emitting only water vapour and warm air, and no greenhouse gases. ScottishPower plans to supply hydrogen to the vehicles and machinery used by the Port of Felixstowe, which is owned by Hutchison Ports, part of Hong Kong based multinational CK Hutchison.

About 6,000 heavy goods vehicles a year use the port and logistics providers are increasingly studying hydrogen as an option to cut fuel bills and carbon emissions. The hydrogen will also be used to power trains used for rail freight into the port and shipping vessels.

ScottishPower, headquartered in Glasgow, already has significant interests in East Anglia, where it has offshore windfarms. Iberdrola owns Europe’s largest production site for green hydrogen for industrial use, at Puertollano in Spain.

Barry Carruthers, the hydrogen director at ScottishPower, told the Guardian: “The strength of demand from the port itself, logistics and distribution companies and rail freight companies has given use the confidence to press ahead with this facility. This is a big, industrial scale project that we’re doing at pace.

“The cost of hydrogen is now comparable with diesel so this can be cheaper and cleaner for customers. The market has given us a really good glide path.”

ScottishPower is already in the process of developing a smaller hydrogen facility at Whitelee, the UK’s largest onshore windfarm near Glasgow, in partnership with Sheffield’s ITM Power. The 20MW electrolyser, which is due to produce hydrogen by next year, is expected to make up to 8 tonnes of green hydrogen a day, roughly equivalent to fuelling 550 buses to travel from Glasgow to Edinburgh and back again each day.

Carruthers said the Felixstowe site would also offer the opportunity to produce “green ammonia” from green hydrogen, which can then be used in agricultural fertiliser.

Further up the Suffolk coast, environmental campaigners have protested against proposals for the £20bn Sizewell C nuclear power station.

But Carruthers said the proposed hydrogen plant “will not dominate the skyline” and is likely to be built within the grounds of the port. “For locals it should mean less diesel pollution and cleaner power for the trains and lorries in the area,” he said.

Last week it was announced that dockers at Felixstowe belonging to the Unite union are planning eight days of strike action over pay that are expected to cause serious disruption to the UK’s largest container port.

What is hydrogen energy? And what's the difference between blue and green hydrogen? | News glossary

The world’s largest combination of hydropower and solar power