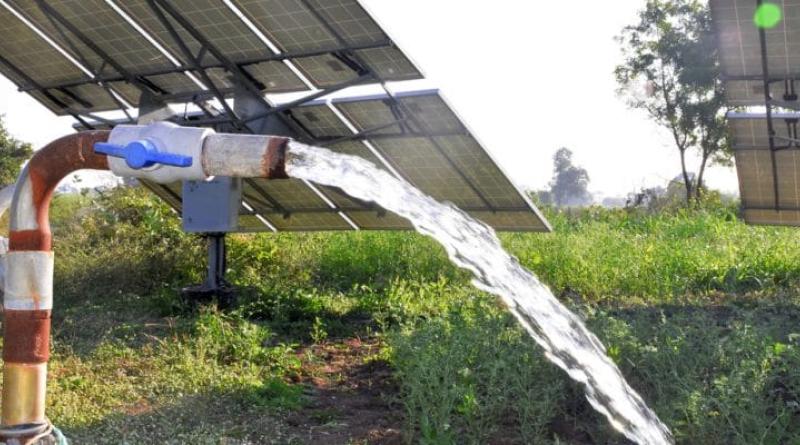 With Guinea and Senegal benefiting from at least 2,000 to 3,000 hours of sunshine per year, a project implemented under the Agricultural and Rural Prospects Initiative (ARPI) will enable the installation of solar-powered irrigation systems for the development of sustainable agriculture in these West African countries. The 30-month programme aims to empower women as

Facilitating the watering and irrigation of agricultural land through solar energy in Senegal and Guinea. This is the aim of the Research Project on Energy Transition for Women’s Economic Empowerment through the Horticultural Value Chain. This is a programme implemented by the Initiative prospective agricole et rurale (IPAR) in collaboration with the Centre d’étude et de coopération internationale (CECI).

Through this programme, the two entities want to contribute to the implementation of solar irrigation systems in order to improve the profitability and working time of rural women by 2025. The initiative is funded by the International Development Research Centre (IDRC), to the tune of one million Canadian dollars, more than 730,000 euros.

“We are addressing mechanisms that can enable better use of solar in the horticultural value chain, especially for irrigation, but also in processing and preservation. We will also strengthen the capacity of women to use these technologies and to access finance in order to achieve social empowerment,” says Laure Tall, Ipar’s research director.

According to Mouhamed Ndiaye, the first Technical Advisor of the Senegalese Ministry of Women, Family, Gender and Child Protection, the project for the empowerment of women in the agricultural sector will be deployed mainly in the Niayes area, a coastal strip that runs from Dakar and Saint-Louis in the north to the Boké region in northwestern Guinea. In these communities, economic activities are still slowed down by the low rate of electrification.

In Senegal, many initiatives are being developed to accelerate access to electricity and promote climate-resilient agriculture. For example, a centre for women’s empowerment in solar energy opened in 2021. Every four months, the facility trains about 20 women from the village Toubab Dialaw in the centre-west of the capital Dakar in the installation of autonomous solar systems. The programme, called “Solar Mamas”, is the result of an agreement between the Indian non-governmental organisation (NGO) Barefoot College International (BCI) and the Senegalese subsidiary of the UAE group DP World, which specialises in logistics solutions.

Also, the German start-up Africa GreenTec, as part of its expansion in West Africa, recently commissioned one of its ImpactSites in the village of Ndiob in Senegal. This is a set of facilities with a 50 kWp solar photovoltaic system mounted on containers equipped with batteries. The system stores electricity and redistributes it after sunset, but also has a treatment and desalination system capable of supplying 2,000 litres of drinking water per hour.

Toxic waste dumping in the Gulf of Guinea amounts to environmental racism.