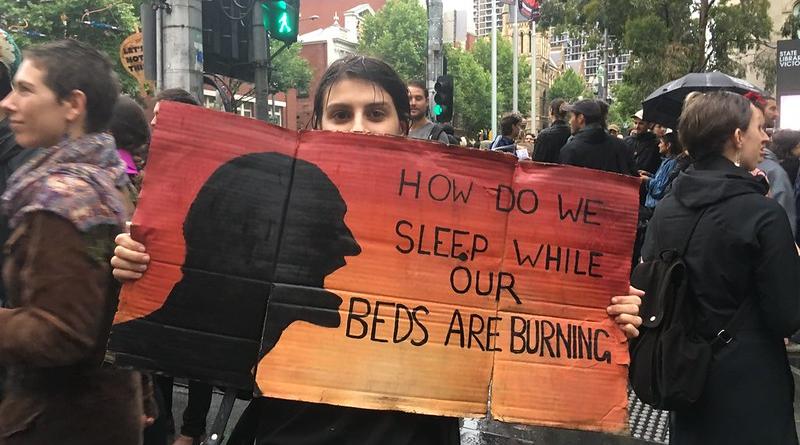 Describing his company’s decision to supply signalling equipment to Adani as a “very small” part of the overall project, Kaeser went out of his way to express “deepest sympathy and condolences” to people who’d written from Australia, urging him to cancel the contract.

“Siemens, as one of the first companies to have pledged carbon neutrality by 2030, fundamentally shares the goal of making fossil fuels redundant to our economies over time,” he wrote. And “it’s been a real challenge for me to balance between a very legitimate matter of global and decisive importance and a fact-based economic and legal assessment based on my fiduciary and management duties.”

In the end, Kaeser said he decided to go ahead with the project, based largely on assurance from Minister for Resources and Northern Australia Matthew Canavan that “the Australian people clearly voted to support Adani at the federal election in May 2019, especially in regional Queensland. It would be an insult to the working people of Australia and the growing needs of India [Adani’s home country] to bow to the pressure of anti-Adani protestors.”

He added that “there is practically no legally and economically responsible way to unwind the contract without neglecting fiduciary duties,” and competitors would have moved in to complete the project if Siemens had stepped away.

“I do know that we are far from perfect,” Kaeser wrote. “And, we should have been wiser about this project beforehand. Now, we need to be a supplier who sticks to its commitments as long as the customer stays on legal grounds, too.”

The announcement triggered a bilingual storm of indignation online.

“You just damaged Siemens’ reputation severely,” tweeted @urgewald. “To claim you were siding with environmentalists and then to continue supporting #Adani in constructing Australia’s largest coal mine is not just hypocritical, it makes Siemens a clear culprit in the #ClimateCrisis.”

“‘We should have been wiser about this project beforehand,’” wrote @AnnemarieBotzki. “You either have a plan to decarbonize and take responsibility or not. Stop the greenwashing & justifications for a morally corrupt decision. #BoycottSiemens”

“Joe, by supporting a project that draws 12.5 billion litres of water from the environment via the Suttor River every year, in the driest inhabited continent on earth, @Siemens will eventually be called out as #ClimateCriminals & charged with #ecocide,” warned @ELCA_Brett.

“When we mine for coal, like the controversial planned Adani coal mine, which would more than double Australia’s coal-based carbon emissions, we are literally mining away at our blue skies,” added Penn State climate scientist Michael Mann, in a widely-circulated opinion piece for The Guardia. “The Adani coal mine could rightly be renamed the Blue Sky mine.”

In Melbourne, tens of thousands attended a January 10 climate emergency march calling for Prime Minister Scott Morrison to resign, reports photographer and citizen journalist John Englart. “The huge numbers were despite the pouring rain, despite Premier Dan Andrews and Police Minister Lisa Neville and some political commentators saying the time is not right and [demanding] the protest be deferred. (When is it right to demand climate action if not during a climate disaster?)”

Through the weekend, images from the rally juxtaposed with continuing dire news from the field, as two massive bushfires merged into a single, 1.5-million-acre mega-fire. Fire officials reported that half of Kangaroo Island had burned, an unprecedented marine heat wave was killing fish in the ocean surrounding Australia, and Morrison continued to deny any connection between the bushfires and the climate crisis, while officials offered last-ditch advice for people caught in the fires with no way to escape.