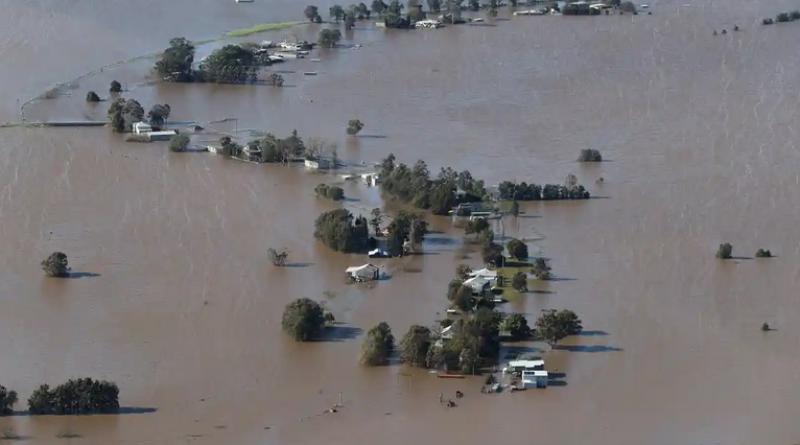 The climate science denial echo-chamber has been loud and proud this week with claims a new “international study” has found no evidence of a climate emergency in records of extreme weather.

So impressed was the Australian with the work that it ran uncritical coverage on page one and page two.

Using algorithm-friendly headlines such as “Report finds ‘no evidence’ of a climate emergency”, Sky News Australia has amassed more than 400,000 views on YouTube across two segments on the story.

Yet a closer look at the publication, which appeared nine months ago in the European Physical Journal Plus – a journal not known for climate studies – reveals something very different.

The authors – three Italian physicists and an agricultural meteorologist – did little original work, but instead reviewed selected papers from other scientists. This was an article, not a study.

Climate scientists told Temperature Check the work was selective and had misinterpreted the results of some studies, while leaving others out.

But why is the article getting coverage now, when it appeared in the journal in January?

The report in the Australian, from the environment editor, Graham Lloyd, described the article as a “long-term analysis of heat, drought, floods, hurricanes, tornadoes and ecosystem productivity” which had found “no clear positive trend of extreme events”.

Dr Greg Holland, an emeritus senior scientist at the National Centre for Atmospheric Research in Colorado, has coordinated several reviews of extreme weather.

He told Temperature Check the journal article “appears to have taken the predefined view that there has been no change – and then selected evidence to show this”.

Holland said there were many uncertainties in understanding the impact of fossil fuel burning on extreme weather, but a clear picture had emerged across many different approaches.

“As a result, over 70% of all recent research studies of extreme weather have found that climate change has increased the frequency and/or intensity of the event; 20% were indeterminate; and 9% found a decrease, most of which were for extreme cold or similar.”

Prof Lisa Alexander, a climate scientist and expert on rainfall extremes from the University of New South Wales, said sections of the article on rainfall had misrepresented the state of the science.

“There is definitely an increase in precipitation extremes,” Alexander said. “The [Intergovernmental Panel on Climate Change] also says that. Not only have we seen an increase, but it’s also attributed to human activity.”

She said the article claimed they had found little to no trend in extreme rainfall, which “totally misrepresented” some of the conclusions from her own papers.

“They all show a significant trend,” she said. “It’s not everywhere [in the world] but we would not expect to see that anyway.”

A finding that 8% of quality-controlled rain gauges globally showed an increase in extreme rainfall was given a passing reference in the article. But Alexander said in climate statistics this was a big change.

She described the article as “selective and biased” and said if she had been sent it for review, she would either have asked it be rejected by the journal, or for major revisions.

On drought, the article points to the IPCC’s fifth assessment report from 2013 that said “conclusions regarding global drought trends increasing since the 1970s are no longer supported.”

But the more recent round of UN assessments said studies had found “increasing trends in agricultural and ecological droughts on all continents” and some regions had seen a rise in hydrological droughts.

That report – compiled by more than 60 scientists – said there was “high confidence” that concurrent heatwaves and droughts were happening more often over the last century “at the global scale due to human influence”.

Prof Steve Sherwood, a climate scientist at UNSW, said the article had considered only a handful of studies.

“The IPCC report released last year, for example, reviewed over 60 studies of tropical cyclones, while this new paper cites only five – one of which is itself a review paper,” he said.

On cyclones, the IPCC concluded it was likely tropical cyclones were becoming more extreme. A more recent study, also not covered in the article, said there was a clear rise in the number of stronger and more destructive cyclones.

A spokesperson for the journal said the article had been peer reviewed.

But three of the article’s four authors have previously shown they are sceptical of the science of human-caused climate change.

Renato Ricci, a long-retired nuclear physicist, and Franco Prodi, a known climate science sceptic, signed a declaration earlier this year saying there was no climate emergency.

That declaration claimed “enriching the atmosphere with CO2 is beneficial”, net zero policies were “harmful and unrealistic” and the planet was warming naturally.

Among the ambassadors of that declaration were Lord Christopher Monckton, who has claimed global warming is a hoax, and Prof Ian Plimer, who rejects evidence that CO2 causes warming.

The article’s lead author, nuclear physicist Prof Gianluca Alimonti, argued in 2014 there was no consensus among climate scientists that human activities are causing warming.

Prof Michael Mann, a climate scientist at the University of Pennsylvania, told Temperature Check the journal article was “another example of scientists from totally unrelated fields coming in and naively applying inappropriate methods to data they don’t understand”.

“Either the consensus of the world’s climate experts that climate change is causing a very clear increase in many types of weather extremes is wrong, or a couple of nuclear physics dudes in Italy are wrong.”

On Sky News Australia, Lloyd told Chris Kenny the article was an “interesting study that appeared in an international journal this month”.

In the sense that all journals are international, that part is correct. But the article appeared in January.

In another Sky segment, presenter Chris Smith said: “These authors are not climate deniers and in fact they say we should prepare for a possible increase in disasters and do not say no action should be taken on climate change. They are not deniers.”

How the Chamber of Commerce's Scorecard Elevates Climate Deniers.This Needs to Change.

How did Michael Moore become a hero to climate deniers and the far right?