Solaria resurfaces on the stock market thanks to the energy crisis 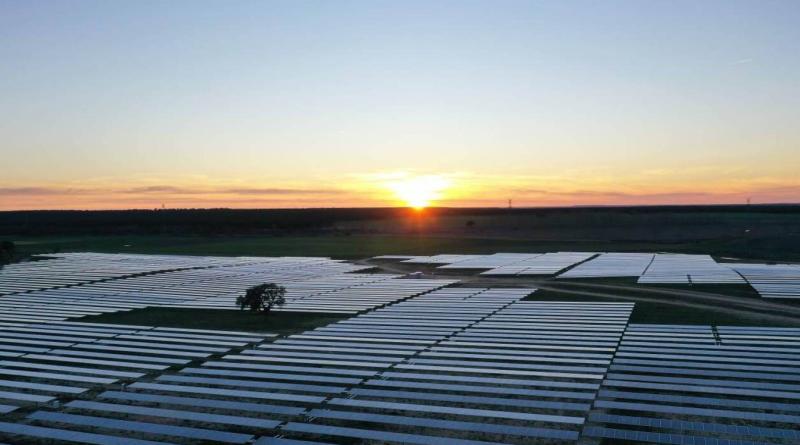 It has risen 57% since the outbreak of the conflict in Ukraine. Analysts believe that it will be one of the favored in the process of energy transition and park doubts about its production objectives

Solaria has taken a turn in its annual evolution. After starting 2022 on the wrong foot and accumulating losses of up to 25%, he earns 20%. The radical change in trend coincides with the beginning of the conflict in Ukraine (up 57% since then), which has led to the resurgence of the commitment to renewables as a way out of the energy crisis and Europe's heavy dependence on Russian raw materials. Other companies in the sector such as Grenergy, Soltec or Audax have gained 45%, 32% and 25%, respectively, since the outbreak of the war.

A few weeks ago, Brussels presented a plan (REPower EU) for Europe to be independent of Russian fossil fuels well before 2030. "High energy prices and dependence on third countries have accelerated plans on the energy transition. Although it will be a long and expensive process, investors are discounting that there will be a large public and private investment in wind and solar energy mainly; it's something we already saw in 2020, with the sustainability goals [and the economic recovery after the pandemic focused on green projects]," says Joaquín Robles, from XTB.

The outlook on the sector has led Credit Suisse these days to improve Solaria's recommendation from neutral to overweight. After a meeting with the International Renewable Energy Agency (Irena), the bank highlights that "to reach the objectives set (12% of global demand in 2050), renewable capacity must be increased three times, to 10,000 GW". And in that contact, he includes Solaria among his favorite values.

Goldman Sachs has chosen to raise the board from neutral to buy in the face of "a scenario of serious energy crisis". There are three reasons he explains: "REPower EU will bring tailwinds for renewables; Solaria is on track to deliver installation capacity for the period 2022-2026 according to our estimates, and we foresee improvement in the supply chain, as China's manufacturing capacity, which supplies 80% of modules globally, is expected to double in the second half of the year, which should begin to normalize the cost of capital, a key concern about the Spanish company".

Fitch, however, believes that the change That Europe seeks may be "highly costly" and that the "broad inflationary pressures" required by the project "could limit the viability of some objectives." The rating agency recalled that about 25% of the solar energy projects it had planned to execute in 2021 were canceled due to the increase in the price of energy, raw materials and logistics costs.

For Alberto Roldán, investment director of Metagestión, "Solaria offers some protection at a time of gas shortages and shortages." "It's a company that we like and have in our portfolio; it is not driven by market dynamics (fundamentals), but by megawatt transactions made in already consolidated projects; it is a long-term business where high capex is combined with high debt," he adds.

Intermoney is one of the few firms pessimistic about value and has just reiterated the recommendation to sell. "We see it difficult to reach its goal of 6,200 MW in 2025, and even more difficult the 18,000 MW in 2030, without the rise since the war in Ukraine being justifiable," says its analyst Guillermo Barrio. It believes, on the other hand, that the company continues to be under the threat of regulatory risk and the possibility of greater demands for obtaining credit.

The solar panel manufacturer has just signed the largest financing agreement in its history for an amount of 375 million euros. The day on which the news was known (February 28) it revalued by 10.8%.

Assessment. Solaria has run out of bullish trajectory after the rise of the last month; the average target price estimated by analysts, of 20 euros, is 2% lower than its current price. Goldman Sachs and Credit Suisse have improved it to 25 euros and 21 euros, respectively. The company lost 27.5% on the stock market in 2021, after adding a brilliant 247% in 2020. It is a small-cap company within the Ibex (it has a value of 2,590 million euros), and given its tight liquidity, it can register large daily oscillations.

Short positions. The hegde funds have returned to the charge after a momentary reduction of their positions on Solaria, which contributed to the improvement in the price. According to the CNMV, Helikon Investments; Odey Asset Management; Marshall Wace; AHL Partners, and Millennium Capital Partners maintain bearish positions for 4.11% of the capital; two weeks ago they did not reach 3%. The presence of bearish investors is an element that accentuates the volatility of the price of a mid-cap security.