Steve Sawyer: "It's a struggle to the death for the future of the planet" [video] 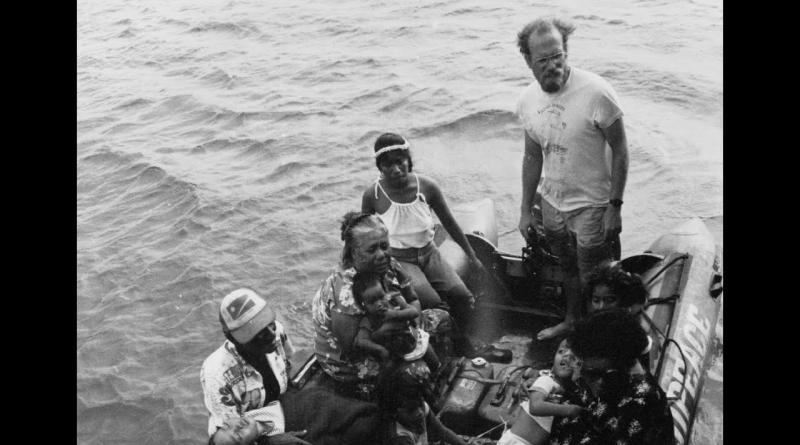 The last voyage of the first Rainbow Warrior - right up until the bombing in Auckland three decades ago - left a lasting legacy for New Zealand and the future of activism.

Bunny McDiarmid was a deckhand on board the Greenpeace ship on the mission to Rongelap Atoll, and at the time of the bombing was in bed asleep at her parent’s house.

“It was hard to believe or imagine," she says. “It wasn’t until we saw the ship on the side that you really thought it was real”.

It was campaigner Steve Sawyer’s 29th birthday when he found out about the bombing by French secret agents on 10 July 1985.

While at a meeting in Piha, he received a phone call from Elaine Shaw, who ran the Greenpeace nuclear campaign in New Zealand at the time. “And she called me and she said, ‘there’s been a fire and an explosion on board the ship and it’s sunk at the dock, come now’, and I said, ‘holy moley, okay”.

But the Rainbow Warrior voyage wasn’t just an environmental mission, it was also a humanitarian one.

While in the Marshall Islands, a journalist pointed Sawyer in the direction of the Rongelap Atoll, a place where the United States did their nuclear testing.