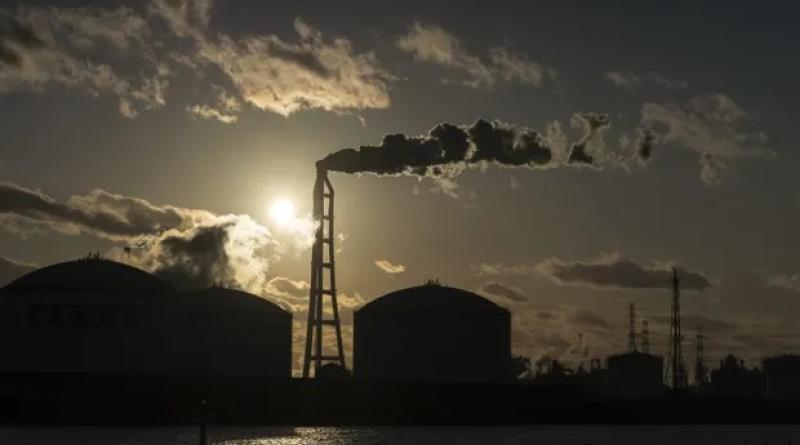 A thinktank linked to Japanese technology giant Canon is coming under pressure to remove multiple articles from a research director who describes the climate crisis as “fake news” and compares campaigner Greta Thunberg to a communist.

One Australia-based international fellow at the Canon Institute for Global Studies (CIGS), Prof Jeffrey Braithwaite, told the Guardian the claims about climate science from research director Dr Taishi Sugiyama were “not defensible”.

Campaign group Action Speaks Louder, which has produced a report documenting Sugiyama’s claims, says the institute is “promoting dangerous climate delay and denial” and is demanding Canon withdraws support until the articles, which include a book aimed at school-age children, are removed.

In articles on the institute’s website and in other outlets, Sugiyama, using his CIGS affiliation, says there is no climate crisis, and rejects evidence of increasing heat extremes and more intense rainfall.

During November’s Glasgow climate talks, Sugiyama, who has helped write several major UN climate reports, said a speech from the Swedish teenage activist Greta Thunberg showed she had “turned from an environmentalist to a communist”.

Sugiyama also authored a book, published this year, encouraging Japanese school children to question the science of climate change. His work is often published on conservative outlet Daily Will, and then republished on the CIGS website.

Braithwaite, an internationally respected healthcare expert who is a CIGS fellow, told the Guardian he found the content from Sugiyama on the CIGS website “deeply disconcerting”.

Braithwaite said he raised concerns with the institute last week. The institute viewed its role, he said, as “trying to improve the world” and, like at a university, allowed its researchers a level of freedom.

“But this is so far outside the norm and is not evidence based,” he said. “It is clearly against the assembled evidence on global warming and the changing climate and its effects. It is not defensible.”

Braithwaite is a leading international expert on healthcare. He said: “This does not sit comfortably with someone like me who has been actively trying to recognise and promote the science on global warming and to consider its effects on human health. We need to follow the science.”

Braithwaite said he would discuss his connections with the institute at a board meeting of the International Society For Quality In Health Care, of which he is president.

Dr Seita Emori, a climate scientist at Japan’s National Institute for Environmental Studies, questioned Sugiyama’s reliability as a source on climate change, saying his interpretations of data contradicted the conclusions of the Intergovernmental Panel on Climate Change.

“I found his arguments use typical strategies of climate sceptics – if not contrarians – all over the world,” he said.

On the site of another thinktank, Sugiyama has recommended several reports translated into Japanese from the UK-based Global Warming Policy Foundation (GWPF) – a group founded by the former UK chancellor of the exchequer Lord Nigel Lawson and known for its antagonism towards climate science, the IPCC, renewable energy and policies for governments to reach net zero greenhouse gas emissions.

One GWPF report promoted by Sugiyama criticised a special IPCC report that looked at the benefits of keeping global heating at 1.5C.

In a 2021 article reproduced on the institute’s website, Sugiyama said there was “no sign of a catastrophe” and claims of a climate crisis and emergency was “fake news” and “such things do not exist anywhere”.

Sugiyama questioned why CO2 needed to be reduced, saying intense heat was “not due to global warming” but the urban heat island effect – a known and well-studied phenomena where temperatures in cities can be pushed even higher because of radiated heat from concrete and buildings and a lack of green space. In December, Sugiyama attempted to argue sea ice at the poles was not decreasing.

According to a leaflet on the CIGS website, the institute was launched in 2008 to commemorate Canon’s 70th birthday.

The Canon chief executive, Fujio Mitarai, is the institute’s chairman and has said it “conducts various research activities in line with Canon’s corporate philosophy of kyosei – living and working together for the common good – with the aim of contributing to global prosperity and the well-being of humankind”.

James Lorenz, the executive director of Action Speaks Louder, a campaign group that is publishing a report on the material promoted by CIGS, said Canon’s brand “is being leveraged as a platform to promote dangerous climate denial to children and conduct high-level policy advocacy in favour of fossil fuels”.

He said Canon needed to withdraw support for the institute until publications questioning climate change, including Sugiyama’s children’s book that is for sale at the institute, were removed from its website.

Dylan Tanner, the executive director of InfluenceMap, a thinktank that analyses corporate action on climate change, told the Guardian: “While one may offer that a diversity of views is useful to debate, the papers emanating from Sugiyama on climate change are so far removed from IPCC consensus that they are likely to be viewed as deliberately propagating climate denial.”

Any oversight by CIGS should have raised issues about the content, he said. “The risk is that it may thus be seen as climate stances condoned by CIGS and its leadership.”

He said Canon, one of Japan’s most successful companies, faced a “real reputation risk” given its own positions on environmental sustainability.

The Guardian asked Canon if it financially supported CIGS and if the company believed Sugiyama’s views were consistent with its corporate philosophy to contribute to global well-being.

In a statement, the company said CIGS was a private non-profit thinktank that operated independently and was not part of its business.

The statement said: “Therefore, we are not in a position to comment on the activities of the institute or individual research.”

CIGS did not answer questions about how it was funded or if it reviewed materials placed on its website before publication.

A statement said: “As Dr Sugiyama is studying energy and environmental issues on his own knowledge and responsibility, we are not going to answer each of your questions.”

The Guardian sent questions to Sugiyama twice by email, but received no response.