Time to get serious about food waste in fight against global heating. 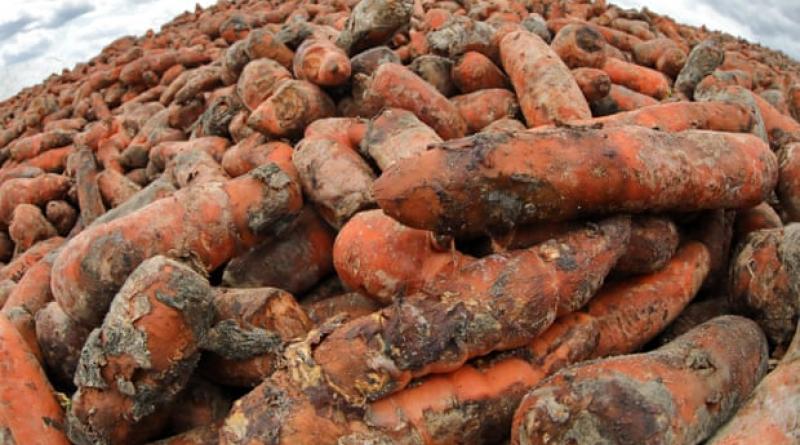 It is responsible for 8% of emissions, yet food waste is not mentioned in any country’s Paris climate action plan.

As a society, we are converting more and more land to food production, with massive consequences for wildlife, water and forests. Yet one third of all food produced is thrown away and food waste is responsible for a staggering 8% of all global greenhouse gas emissions, more than any country in the world bar the US and China. This is an environmental disaster but it is a social and economic one, too, when more than 800 million people are undernourished and food waste costs the global economy $940bn (£737bn) each year.

The effects of climate change are already being felt, in droughts, fires and extreme temperatures. But while climate is high on the agenda, the role food waste plays is not. Not enough companies are making financial disclosures related to climate or food waste. And not a single country mentions food waste in its nationally determined contribution (NDC) to the Paris climate agreement, each country’s plan to keep climate change in check. That must change. If we continue to waste good food at current levels, we will fatally undermine our ability to tackle the climate emergency.

Recognising the scale of the problem, the United Nations included a food loss and waste reduction target in their suite of Sustainable Development Goals, approved five years ago this week. This target, SDG 12.3, calls on the world to halve per capita food waste by 2030. Once this target was set, a group of leaders asked how we could help motivate action to achieve it and Champions 12.3 was formed – a coalition of more than 30 senior leaders from governments, businesses, international organisations, research institutions, and civil society, dedicated to accelerating progress towards SDG 12.3

We are now only 10 years away from the 2030 deadline. In order to meet it, more must be done and with more urgency than ever before. That’s why Champions 12.3 is calling for every country and company involved in the food supply chain to commit to SDG 12.3. To quantify and report publicly on their food loss and waste. And, based on this, to take action. We call this the target, measure, act approach and we urge more governments and companies to adopt it as their own.

Significant progress is being made. The UK has cut its food waste by 27% since 2007 and other countries around the world are reporting progress. Companies are doing their part, too. This week, Champions 12.3 will announce that more businesses than ever have set targets to cut food waste in their operations, including 10 global companies – among them six of the world’s largest food retailers – who have engaged more than 200 of their suppliers to cut food waste across supply chains.

The next step will be to encourage more companies not only to set targets but to report their progress publicly. Tesco was the first UK retailer to publish food waste data back in 2013 because we know that what gets measured, gets done. Since then we have started reporting food waste data for every one of the markets we operate in, cut 45,000 tonnes of food waste from our global operations and more than halved food waste in central Europe.

Just as importantly, our suppliers are helping us to cut waste from farm to fork. Seventy-one of our branded and own-label suppliers, including 11 of the world’s largest brands, are publishing food waste data alongside us. That includes 15 global suppliers who are reporting for their packhouses for the first time this year and have committed to extend their reporting to their farm operations next year. Collectively, they have cut more than 155,000 tonnes of waste from their operations in three years.

As I end my time as the chair of Champions 12.3, it is clear that there is still much more to do but I believe we can rise to the challenge together and halve global food waste by 2030. Covid-19 has brought this issue into sharp focus in every country around the world. Governments are thinking about how to make supply chains more resilient and consumers are rethinking the value of food.

We have a once-in-a-generation opportunity to tackle food waste and, in doing so, help to change the course of the global climate emergency. Companies and countries talk about building back better. Now is the time to put that into action. By committing to halve global food waste by 2030 and publishing food waste data. By integrating food loss and waste into climate strategies, including NDCs. And by investing in food loss and waste reduction as part of Covid-19 responses.

At Tesco, we won’t rest until absolutely no good food goes to waste. As a global community, we can’t rest until all food companies and governments take action, too.

Dave Lewis is the chief executive of Tesco and the chair of Champions 12.3

Indigenous Peoples Hold the Past and Future of Food in Their Hands.