‘A tipping point’: how poor forestry fuels floods and fires in western Canada 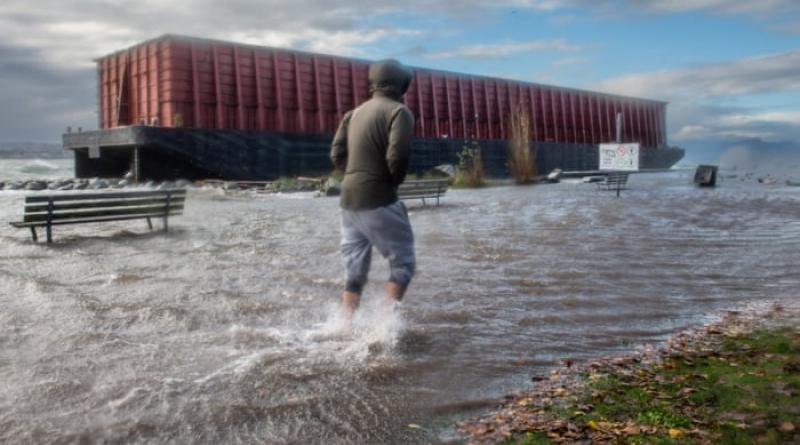 Adevastating string of floods and landslides have shocked residents in British Columbia, a west Canadian province increasingly forced to grapple with the effects of the climate crisis. As images of the devastation circulate on social media, experts warn that management of the province’s forests will be critical to blunting the effects of future storms.

“It’s just this awful feeling of being right – and not wanting to be right. This is exactly what the best available science has predicted for years,” said Peter Wood, author of a recent report on the link between clearcut logging and community safety from the Sierra Club BC. “We know the outcome when you log steep slopes … You reach sort of a tipping point, where the forest is no longer able to provide that moderating service of controlling flow of water.”

On Tuesday, more residents were forced to flee their homes amid intermittent landslides and rising water levels. Videos from aerial flyovers showed parts of Abbotsford inundated with flood waters. Further north, a section of the Coquihalla highway, one of the province’s main road systems, appeared to have been severed. Officials say it could be months before the highway can safely reopen.

Officials said it could be months before one of the province’s busiest highways reopens, after sections were destroyed. Rescue teams also began the search for people whose cars may have been buried after a series of mudslides trapped vehicles travelling east of Vancouver.

Experts have long cautioned that clearcut logging affects slope stability, the rate at which water is absorbed into the ground and the ability to hold soil in root systems. Without trees, heavy rains can wash large amounts of sediment into nearby water systems, choking creeks and streams and causing them to quickly overflow.

“Over the last couple days, I’ve been looking at the areas that have been particularly hard hit, and it happens to coincide with some of the communities that have been logged the heaviest,” said Wood. “A lot of that is due to the mountain pine beetle, but nonetheless, the cutting really does affect the amount of water that flows overland.”

At the same time, British Columbia has suffered some of its worst wildfire seasons in recent years. As the aftermath of the storm became clear, a number of the areas worst hit were also near blazes that tore through the province earlier in the summer.

“There’s a very clear link between a wildfire happening and the risk of a landslide or debris flow,” said Thomas Martin, a forester in the province. “If you burn a lot of the trees, grass and shrubs, there are fewer living things to intercept the water. It just flows directly off the hill. And fires can make the soil hydrophobic so the runoff increases even more.”

The problem for the province isn’t just that fires are getting larger – they’re also getting more severe and are burning at higher temperatures.

“But there does not seem to be a political will to do what is required. We’re talking about a large-scale look at the landscape, and how can we adapt our forests to climate change.”

While forest fires have long been seen as a summer event, the recent flooding has highlighted how interconnected the issues are.

“You have all these indirect effects on the landscape. Landslides have now taken out two major highways. The entire town of Merritt has been flooded, lost its drinking water and been evacuated,” he said. “Would I have predicted that both our key highways would get absolutely destroyed in this event? No. But was I surprised that it seems like both of these watershed events occurred in wildfires? No.”

Western Canada Wildfires Are Generating their Own Weather, Experts Warn