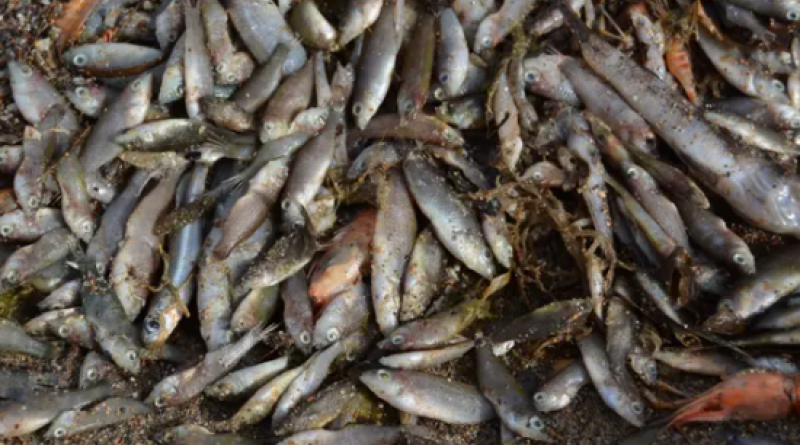 Exclusive: pork industry’s role in pollution of one of Europe’s largest saltwater lagoons may be greater than publicly acknowledged, investigation reveals.

Pollution from hundreds of intensive pig farms may have played a bigger role than publicly acknowledged in the collapse of one of Europe’s largest saltwater lagoons, according to a new investigation.

Residents in Spain’s south-eastern region of Murcia sounded the alarm in August after scores of dead fish began washing up on the shores of the Mar Menor lagoon. Within days, the toll had climbed to more than five tonnes of rotting carcasses littering beaches that were once a top tourist draw.

Images of the lagoon’s cloudy waters and complaints over its foul stench dominated media coverage across Spain for days, as scientists blamed decades of nitrate-laden runoffs for triggering vast blooms of algae that had depleted the water of oxygen – essentially leaving the fish suffocating underwater.

A four-month investigation by Lighthouse Reports and reporters from elDiario.es and La Marea examined how intensive pork farming may have contributed to one of Spain’s worst environmental disasters of recent years.

This summer, as lifeless fish continued to wash up on the shores of Mar Menor, the regional government banned the use of fertilisers within 1.5km (0.9 miles) of the lagoon, hinting that blame for the crisis lay solely with the wide expanse of agricultural fields that border the lagoon. The central government was more direct, accusing local officials of lax oversight when it came to irrigation in the fields.

But neither mentioned the pig farms that have proliferated in the past decade in the Mar Menor catchment basin.

In 2019, a report by Spain’s environment ministry estimated that these pig farms – which at the time counted nearly 800,000 animals – could be responsible for 17% of nitrogen in the Mar Menor aquifer.

Drone photography and satellite imagery of the area, collected in September by reporters working on the new investigation, appeared to show pig waste spilling out of slurry ponds, dumped on nearby land or stored in large holes in the ground.

The investigation’s findings echo the environment ministry’s 2019 report. In visits to 10% of the slurry pits in the Mar Menor basin, more than 90% were found to have not met regulations that waste from pigs must be stored in enclosed waterproof ponds, the report noted.

“Major deficiencies have been detected in the facilities to store livestock waste … the waterproofing is almost nonexistent, allowing waste to leak directly into the ground and resulting in the contamination of the aquifer,” it added.

“It’s obvious that the main source of pollution is intensive agriculture in the Mar Menor basin, but there are approximately 450 pig farms in the catchment area that nobody is talking about,” said María Giménez Casalduero, former professor at the University of Murcia and regional coordinator of the political party Más País. “It’s as if we’re giving amnesty to the pork industry.”

The number of pigs in the region of Murcia has soared to record levels, mirroring a rise in farms and slaughterhouses across Spain. More than 56 million pigs were slaughtered across Spain last year, 3 million more than in 2019, and rocketing demand for exports has Spain poised to overtake Germany as the EU’s top pork producer this year.

Nearly half the demand for Spanish chorizo, tenderloin and lard came from China, which lost around 40% of its pigs to an outbreak of the deadly pig disease African swine fever.

The collapse of Mar Menor is a reminder of the environmental trade-offs – from nitrogen and ammonia-laden manure to methane emissions – being made to fuel an industry where turnover in 2019 surpassed €15bn (£13bn), said Gimenéz Casalduero.

“Mar Menor is a wake-up call,” she said. “If you want to supply China with jamón [ham], you do it through the destruction of territory and becoming a dumping ground for waste from the international pigmeat market.”

It is a cost that rarely features in discussions about exports, she added. “We have to decide: up to what limit can we keep using our natural resources and impacting our environment to satisfy international markets? The region of Murcia cannot become the toilet of Europe.”

The influx of dead fish on the shores of Mar Menor this summer was the latest chapter of a collapse that has been decades in the making. In 2016, algae blooms turned the waters of Mar Menor into a dense, green soup, while in 2019 thousands of dead fish and crustacea washed up on its shores.

As scrutiny intensified on the intensive agricultural fields that border the lagoon, groups representing the farmers have argued that they are fully compliant with environmental legislation.

Nearly 45km (27 miles) from the shores of the lagoon, the municipality of Fuente Álamo is home to at least 289 farms that make up 80% of the intensive livestock farming in the Mar Menor basin. The basin has 1,055 slurry ponds – filled with waste that includes faeces, urine and blood – according to 2018 regional government figures.

The regional government refuted the ministry of environment 2019 report, saying in an email that it, “does not correspond to the reality of the area”.

“The ponds are naturally waterproofed, a method that is recognised by national legislation, both current and previous,” it said, adding that this method of insulation was allowed when the soil was deemed to have low permeability with little risk of contaminating the aquifer.

Since 2019, the regional government said it had carried out 40 inspections, resulting in three cases in which it is considering whether to take action.

Officials in the region, along with municipalities in the Mar Menor basin, have been loth to crackdown on the pork industry’s growth, said Andrés Pedreño Cánovas, a sociology professor at the University of Murcia.

“Pig farms have grown without any controls, creating a bubble driven by international markets and specifically exports to China,” he said. “But bubbles always burst, and this one will leave behind a devastated, polluted territory in crisis.”

Interporc Spain, which represents the white pig sector – the breed widely used in intensive farming – said the industry in Spain had been making “great efforts” for years to protect the environment. “In Spain, more than 90% of pig slurry is reused to replace fertilisers, but it can also be treated and transformed into electrical energy,” it said in a written statement.

The trade body also addressed the 2019 report from the ministry of the environment. “If any deficiencies were found, it is obvious that the farm must correct them and the administration must ensure that this is done,” it said. “But statements cannot be made about the entire sector stemming from the fact that errors were detected in some cases.”

Sign up for the Animals farmed monthly update to get a roundup of the biggest farming and food stories across the world and keep up with our investigations. You can send us your stories and thoughts at animalsfarmed@theguardian.com