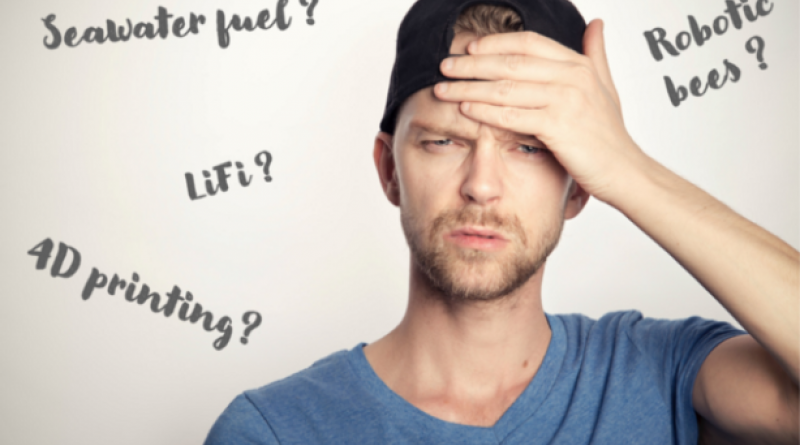 And how they will change the world

CRISPR, Quantum, Graphene, Smart Dust, Digital Twins, the Metaverse… You’ve heard about it all. Seen it all. Read it all. These technologies no longer hold any secrets for you. Hell, you even regularly mention them over dinner and at work, and have become the go-to person for questions about future innovations.

Yet, technology is ever-changing, and this precious knowledge must be both managed and updated regularly. With this in mind, I’ve put together a list of 10 technologies that are likely to make big waves in the future, but are not on the public’s radar as of today.

3D printing is still a solution looking for a problem, having failed to find its target audience over the past decade. On the one hand, 3D printers are still too expensive for the average Joe; on the other, they are not sophisticated and fast enough for large-scale manufacturing companies.

This may change over the next few years: researchers have developed a method that uses lasers to project millions of points simultaneously onto 3D-printing material, instead of using one point at a time. And because they’re bad at branding, they called it Femtosecond projection TPL. To easily understand FP-TPL, simply imagine using a million heated needles to strategically melt a block of wax versus using a single needle. This means that incredibly tiny structures can be 3D-printed much, much faster (a thousand times faster, give or take), while still ensuring a good quality of build.

How will it change the world?

So far, teams working on the innovation seem focused on flexible electronics and micro-optics. However, quick discoveries around materials (both liquid and solid) have led researchers to think that they will be able to build small but imagination-baffling structures in the near future. Once the quality can be controlled over large scales, one could easily imagine this technology being used for the creation of healthcare-related nanorobots, allowing for the treatment of a multitude of diseases on the molecular level.

The name says it all : LiFi aims to use light to transmit information from point A to point B. The technology works by encoding digital data and turning LED bulbs on and off faster than humans can notice to transfer it. The light then travels to a photoreceptor, which can decode and translate the data to a more classic radio frequency (WiFi, 4G, 5G…).

There are a lot of advantages in doing things this way. What with light being used, the speed at which the information is transmitted is very, very high — up to 100 Gbit/s, in theory; 5 times faster than 5G. Furthermore, the sheer number of LED bulbs already around us hints at a potential future wherein (cheap) access points to receive data are everywhere. Finally, the light waves used as the basis for LiFi do not pass through walls (but can however be reflected off of them). The risk of hacking is therefore much lower than with WiFi, though this seriously limits indoor use cases.

On the other hand, the use of LiFi requires one to be near an operating light source. Its range is thus very limited, and interference is possible with other light sources such as natural sunlight.

How will it change the world?

As of today, the technology is very much of a niche, despite having been hyped in some circles for half a decade now. One obstacle to popular adoption is the size and price of photoreceptors. As such, key use cases are within areas which are particularly sensible to hacking and/or electromagnetic interference, such as hospitals, aircrafts, military operations…

There are also talks of using it for unmanned underwater vehicles, as well as for street lights, to communicate with smart vehicles, or about municipal services to citizens should the technology become more democratised.