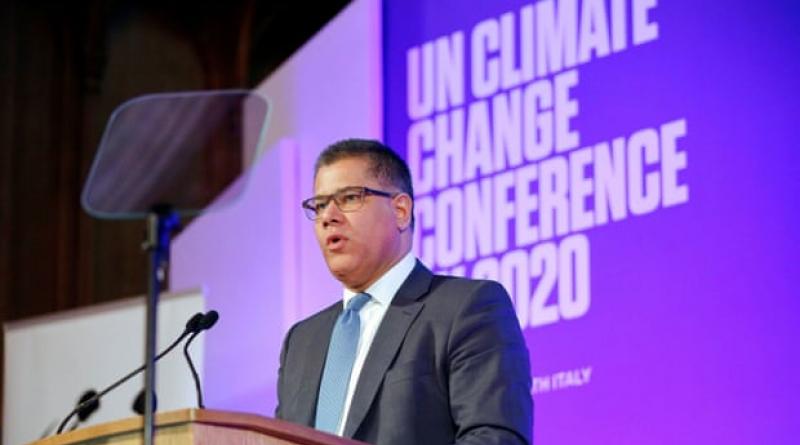 Fossil fuel firms have held a series of private meetings with UK government officials in an attempt to be part of next year’s crucial global climate talks, which are to be held in Scotland.

Documents show that some of the world’s biggest polluting corporations have been lobbying the government, offering money in return for exposure at Cop26 and in one case saying they could act as an intermediary between UK officials and other governments around the world.

The government has been widely criticised for its lack of preparation for next year’s delayed climate summit in Glasgow, and the revelation that it has found time to discuss the summit with three fossil fuel firms during at least 13 meetings in the past year have caused concern.

Jess Worth, of Culture Unstained, which obtained details of the meetings under freedom of information legislation, said: “Those organising Cop26 say they want partners that are ‘driving positive change towards a lower carbon world’ but these firms are the ones investing billions in getting new fossil fuels out of the ground just when we need to be phasing them out.

“Now the disturbing extent of big oil’s backchannel to the government has been revealed, the Cop unit must walk the walk and rule out sponsorship deals with the fossil fuel industry. If we’re going to meet the Paris climate goals, only urgent cuts in fossil fuel production will cut it – and that won’t happen if those determined to keep drilling are sponsoring the summit.”

The government has not yet decided on any sponsors for Cop26 but has set out criteria for such sponsors and is inviting offers. Oil companies and other fossil fuel interests are not explicitly banned, but the criteria demand companies should “have set ambitious net zero commitments by 2050 or earlier, with a credible short-term action plan to achieve this.”

Sponsorship will be both cash and “in-kind”, and the full amount the government aims to raise has yet to be disclosed.

The documents show that three companies – BP, Shell and Equinor – have discussed Cop regularly with ministers and officials in the past 12 months.

The government declined to say how many times officials had met civil society groups over the same period. However, when questionned by MPs last month, Alok Sharma, the business secretary and Cop26 president, pointed to efforts to set up a civil society forum that would give NGOs and activists a say.

A Friends of Cop group is being set up that includes indigenous people and activists from the global south, and the first meeting of a “civil society and youth advisory council”, co-chaired by two young activists, is due this month.

The Italian government, which shares the Cop26 presidency with the UK, is also taking on some of this work, holding a pre-Cop youth event next September in Milan.

According to the documents seen by the Guardian, BP made an offer to introduce UK officials to government officials in other countries to discuss the climate crisis and Cop26, potentially with BP employees present. The offer was noted by civil servants in their report of the exchange.

Such introductions would be extraordinary and extremely controversial in the context of the delicate negotiations, in which the Cop president must be seen to be supporting all nations in their efforts to come to a consensus deal in the process.

The UK’s large network of embassies and web of international diplomacy is seen as one of its key advantages in the presidency, and its reputation as an honest broker is seen by participants as core to gaining trust.

The Guardian understands that BP’s offer to introduce UK government officials to officials from other governments to discuss Cop26 has been rejected and no such introductions have taken place.

A spokesperson for BP pointed to the company’s pledge made in February, days after the government’s official launch of its Cop26 presidency, to achieve net zero emissions by 2050.

“In laying out our new ambition and aims, we have been clear that we believe BP has an important role to play in both advocating for and helping to create good climate policy. We support the UK’s presidency and hosting of the Cop26 meeting, and in line with our strategy we want to help support the Cop process,” the spokesperson said.

“Clearly we only want to do this if it is helpful to the UK government and the broader UNFCCC [United Nations framework convention on climate change] process, and we continue to have conversations and explore our options ahead of the event.”

In an email to the Department for Business, Energy & Industrial Strategy (BEIS) in October 2019, an employee of the Norwegian oil and gas firm Equinor asked how much it would need to pay to be “visible” at the summit.

“If I was to ask you – ballpark – how much money you would like from us, for what, and with what visibility for us, what would you say?” it read.

In meetings, Equinor raised the prospect of sponsoring Cop26 and set out its view of what a successful summit might look like.

Shell held at least two meetings with the government where Cop26 was discussed – one over dinner with the UK ambassador Peter Wilson in The Hague, and the other with officials at BEIS. The documents also refer to other, less formal “catch-ups” with ministers and officials.

Clayton Thomas-Müller, a member of Mathias Colomb Cree Nation, also known as Pukatawagan, who has attended several previous summits, said the involvement of oil companies had been “almost as destructive and problematic as the role of the US in terms of blocking any kind of meaningful global compact on reducing carbon emissions.”

Thomas-Müller, a campaigner with 350.org, added: “These companies paint themselves as good corporate citizens when in truth they’re directly responsible for the global climate crisis and catastrophic impacts on local ecosystems, indigenous peoples and their rights.

“Big oil must not be allowed to participate in any context that skews or creates confusion about the fact they will soon be held accountable in courts of law around the world.”

Erik Haaland, from Equinor, said it was a “broad international energy company and significant investor in the UK, in oil, gas and offshore wind energy, presently developing the world’s largest offshore windfarm at Dogger Bank together with SSE.”

He added: “We have stated our support for the goals of the Paris agreement and fully support the UK government’s ambition for Cop26. Equinor is pursuing this, both by promoting climate and energy policies that can support the Paris goals, for example on carbon capture and storage, carbon pricing and oceans, in the development of key sectors in the UK’s transition to a low-carbon economy, such as hydrogen and offshore wind, and by promoting low-carbon policies and business development in other markets where Equinor is active.”

A Shell spokesperson said: “We have never asked to be a sponsor of Cop. We make no apology for being part of the conversation about meaningful change to the energy system – business must be part of the solution. It is critical that everyone works together and we’re committed to playing our part by addressing our own emissions and helping customers to reduce theirs.”

Equinor aims to cut emissions in Norway towards near zero in 2050.