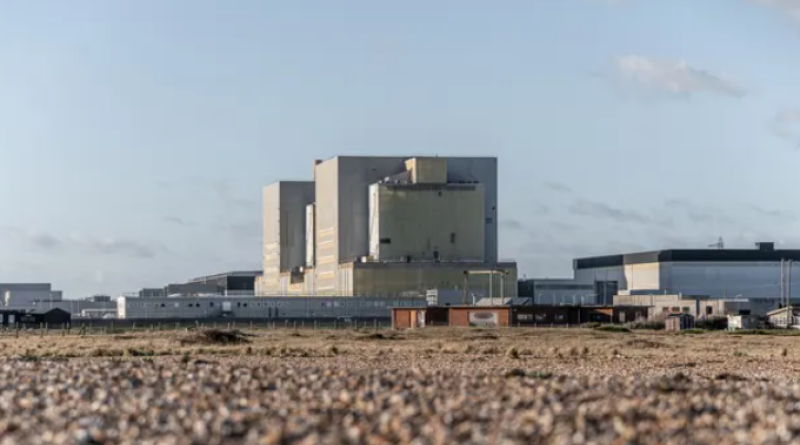 The cost of decommissioning the UK’s seven ageing nuclear power stations has nearly doubled to £23.5bn and is likely to rise further, the public accounts committee has said.

The soaring costs of safely decommissioning the advanced gas-cooled reactors (AGRs), including Dungeness B, Hunterston B and Hinkley B, are being loaded on to the taxpayer, their report said.

Failures in the government’s investment strategy for the fund, which was set up to pay for the decommissioning, have led to the taxpayer topping it up by an additional £10.7bn in just two years.

The nuclear power stations are owned by EDF Energy and provide much of the UK’s nuclear power-generated electricity, which makes up 16% of the energy mix. But the stations are nearing the end of their lives and are scheduled to stop generating electricity during this decade.

The government has recently agreed that once the stations have been defuelled by EDF, which involves the removal of all the spent fuel from the reactor core and cooling ponds, ownership of the stations will be transferred to the government’s Nuclear Decommissioning Authority (NDA) to complete decommissioning.

“The pace at which the stations can be defuelled could have a big impact on the costs, between £3.1bn and £8bn depending on the time taken,” the inquiry report said. “Successful defuelling will depend on all parties being ready and working together, including the NDA being ready to receive and dismantle the volume of fuel arriving at Sellafield. Any delays in the defuelling process could result in costs increasing substantially.

“The handover agreement does not appear to sufficiently ‘incentivise cost efficiency and ensure a smooth transfer of defuelled stations to the NDA’.”

The public accounts committee also said it had concerns over whether the NDA had the capacity to take on the seven AGR stations in addition to its other responsibilities, which includes decommissioning the older Magnox reactors.

It will cost the UK taxpayer £132bn to decommission all the UK’s civil nuclear sites and the work will not be completed for another 120 years, according to latest estimates.

Boris Johnson has pledged to build eight nuclear power stations in eight years. But the UK has no facility for permanently and safely storing the waste from past, present or future nuclear power stations. Most is currently stored at Sellafield, one of the most complex and hazardous nuclear sites in the world.

Nuclear Waste Services, an arm of the government, is seeking a site to build a geological deposit facility deep underground for all the UK’s nuclear waste.

MPs on the public accounts committee said in their report on Friday the government must learn lessons from the rising costs of decommissioning the seven AGR reactors and be clear how the decommissioning of proposed new nuclear stations would be funded.

The seven stations were sold by the government to EDF in 2009, with the later agreement that the French company would remove the fuel from the stations when they closed, and the Nuclear Decommissioning Authority would take on the decommissioning of the sites. But the cost of decommissioning the seven AGR reactors that began to close last year, plus Sizewell B, has more than doubled from £12.6bn in 2004-05 to £23.5bn in 2020-21, the public accounts committee report said.

“There remain significant uncertainties that will need to be managed to prevent further increases in costs and ease pressures on the fund,” the report said. “The cost of defuelling will depend on the stations not closing significantly earlier than planned and how quickly they can be defuelled once electricity generation ceases.”

There was significant risk that the cost of decommissioning the seven AGRs would rise further, the report said.

The public accounts committee, in a previous report, said the cost of decommissioning the older Magnox reactors – which were the first generation of UK nuclear stations – had increased by billions of pounds because of uncertainty over the condition of the sites and how to tackle the decommissioning.

The PAC report said the closure of seven nuclear stations by 2028 would have a significant impact on energy production, but EDF has said there can be no extensions to the life of the reactors while the UK waits for new generating capacity to come online.