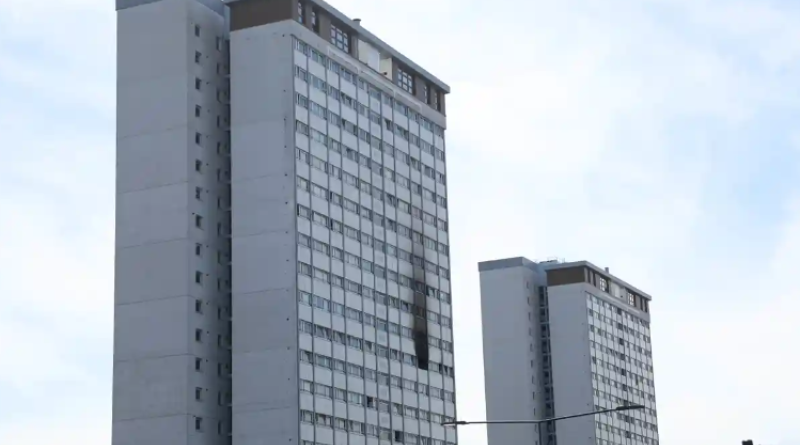 People of colour are four times more likely to live in areas at high risk from heatwaves in the UK as the climate heats up, according to experts.

Researchers at the University of Manchester and Friends of the Earth found one in three people from minority ethnic groups lived in areas most exposed to extreme heat, compared with just one in 12 white people.

Overall, almost 6 million people were found to live in neighbourhoods at risk from high temperatures, with black and brown people disproportionately represented. The average proportion of people of colour in high-risk neighbourhoods was 28%, compared with a national average of 9.5%.

The top five local authorities with the most “at risk” neighbourhoods were Birmingham, Newham, Tower Hamlets, Hackney and Nottingham – all among the UK’s most ethnically diverse areas.

Speaking as the temperature crept past 40C in the hottest day yet recorded in the UK, Mike Childs, head of science, policy and research at Friends of the Earth, said: “Extreme heatwaves will be more frequent and severe as the planet warms. While the UK and Europe are suffering with 40C heat, parts of India and Pakistan faced temperatures of around 50C earlier this year.

“Our research … shows that the poorest people and people of colour are disproportionately impacted by extreme weather in England. This is true across the UK and internationally. The communities on the frontlines of the climate crisis also have the lowest carbon footprints – they have contributed the least but are being hardest hit by rising global temperatures.”

A team led by Sarah Lindley, professor of geography at Manchester’s school of environment, education and development, identified which neighbourhoods in the UK were the most socially vulnerable to high temperatures, and compared them with the areas set to see increased temperatures in a range of global warming scenarios.

Friends of the Earth also found that those who were living in areas that were most at risk were contributing least to the problem, having lower carbon footprints than average.

Awareness of the disproportionate impact of climate change must feed into policy, Childs said. “Environmental justice must be at the centre of governments’ climate strategies,” he said. “Unless carbon emissions are cut drastically, we will face even more health-threatening heatwaves in the UK and large parts of the planet could become unliveable.

“Action is urgently needed to adapt frontline neighbourhoods to cope with extreme weather, with more green spaces and trees for shelter, home insulation to keep homes warm in winter and cool in summer, and air-conditioned community centres for people to get some respite from the heat.”

Criteria used by the researchers to identify high-risk areas included: types of housing, taking into account the added difficulty of cooling high rises and mobile homes; environmental factors such as the number of trees and green spaces; demographics, with the very old and very young more susceptible to heat stress; and even crime rates, since people in high crime areas are less comfortable leaving windows open at night.

Separate research by the BBC supported the findings. Cross-referencing satellite heat map data with deprivation statistics, the broadcaster found people in deprived areas were more than twice as likely to live in places which are significantly hotter than neighbouring places.

The Guardian view on public attitudes to the climate crisis: burning for change

Climate change will be expensive. Who should pay?